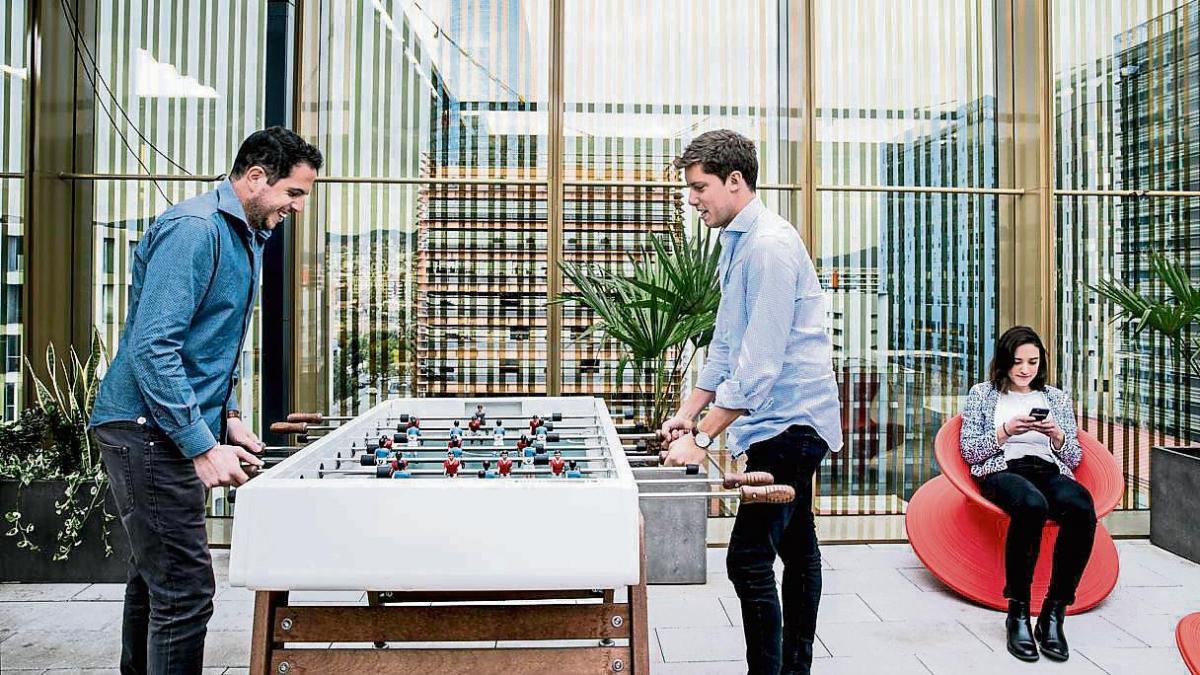 Table Of Contents hide
1. Last year 40 million people left their jobs voluntarily to improve the situation in America.
2. Digital employees work an average of 19 months in a company
3. Like this:

Technology companies’ desperation to retain their employees has reached the point where it is common for them to offer gifts and benefits to improve their well-being at work.

start up Payflow is a living example of this trend in this area: “Depending on seniority, our employees can access a long list of goodies, such as a subscription to PlayStation Plus or Xbox Gold, Cooltra shared motorcycle service, Spotify Premium, Amazon Kindle or Netflix . They can also get ready-made dishes from Waitaca, play sports at the gym connected to the Urban Sports Club, or access to teach Gurucall”, says Benot Menardo, the co-founder of this company, which specializes in paying salaries in installments.

In addition, the company also processes business decisions in a democratic manner with all employees on staff. “We asked what aspects would change and out of all the measures proposed, we are committed to implementing a portion,” explains the entrepreneur.

In the digital sector, telecommunications is taken for granted. Even some multinational companies like Netflix, Dropbox, HubSpot or VMware allow their employees to spend unlimited vacations. Companies are desperate. And because of the reason. According to data from consulting firm Talent Up, the rotation of workers in this sector is 19 months and is closely linked to the achievement of a specific project.

But beyond treating these gifts as a way to retain talent, these services also respond to the growing importance of emotional pay. “A third of our lives are devoted to work, and that is why it is important to have a good work environment that goes far beyond pay. Since the pandemic has spread, many workers have become aware of it and prioritize work-life balance and free time,” says Paula Arias, co-founder start up HR freshmen at a meeting organized by Urban Sports Club. In the United States, the phenomenon is known as great resignation – More than 40 million people voluntarily quit their jobs in 2021 – while in Spain, the trend is beginning to spark interest with data indicating it is still early.

Digital employees work an average of 19 months in a company

Against this background, the role of HR department is becoming increasingly important. “Historically, it was entirely devoted to administrative management and is now taking more and more prominence on the board of directors. Their role is critical to retaining talent and improving well-being”, says Mireia Barrone, Human Resources Director at Factorial.

Technology companies at the forefront of innovation and trends are confident of this paradigm shift. The challenge is to persuade traditional companies to change their corporate culture. “Managers should be sensitive to the welfare of workers. “If they don’t set an example later, the applications and services they implement to improve their comfort at work are of little use,” says Elena Gomez, co-founder of Baby Friendly Companies, Which is characteristic of large service companies with long working hours.” ,