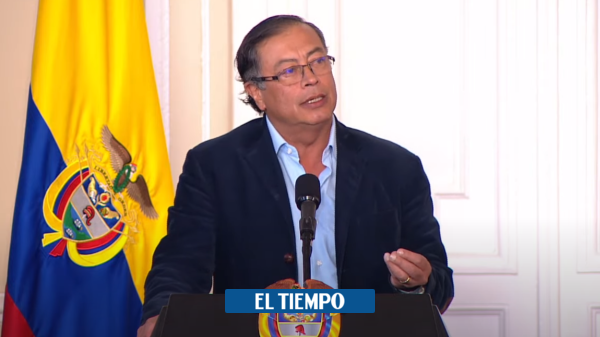 The drug trafficking It has been the biggest headache for the presidents of Colombia in the last half century. From Alfonso López (1974-1978), who saw the marijuana business expand, through Belisario Betancur (1982-1986), whose Justice Minister, Rodrigo Lara, was assassinated by the mafia, to Iván Duque (2018-2022 ), which in the balance of his management highlighted the extradition of ‘Otoniel’, baptized by him as the ‘new Pablo Escobar’.

None have emerged victorious. “We have been in this fight against drugs decreed by the United Nations for more than 40 years and it has not been won. And a war that has not been won in 40 years is a lost war”, says Juan Manuel Santos (2010-2018).

Despite tireless efforts and rivers of spilled blood, Colombia remains a country marked by this illegal activity. Today, for example, it is the first producer of cocaine in the world.

One step forward, but another step back. When the United Nations Office on Drugs and Crime (UNODC) reported that by 2020 the area planted with coca reached 143,000 hectares, 7% less than what was reported in 2019, the victory report was clouded by another fact: the potential for production of pure cocaine hydrochloride increased in 8%, that is, more cocaine is produced with less coca cultivated area.

The President Gustav Petrowho is serving 20 days in office, has come to power with a series of announcements that show a shift in the way this problem has been dealt with up to now. And not a few of them have generated doubts and caused debates and controversy.

The list is frantic. In Quibdó, Chocó, he ordered the Armed forces prioritize aerial and maritime interdiction of drug trafficking exports over persecuting growers in the territory. “The National Police is not here to drag a peasant family to jail for cultivating coca,” he ordered the officers of the new leadership of the institution in his capacity as supreme commander.

That the first assembly of coca leaf growers be held in Catatumbo.

Another unexpected announcement: “That the first assembly of peasant coca growers be held in Catatumbo with the intention that a peasant family dedicated to the Coca leaf and pasta can replace that with an activity that guarantees a better quality of life and the possibility of raising their children and grandchildren”, he asked the inhabitants of this region last Friday.

Clear brushstrokes that a turn in anti-drug policy will be sought, but that have also raised questions and concerns in the fight against this scourge. Although there have also been responses.

“The President Biden is aware that much of the policy of the past has marginalized some people and has not worked for many populations and we can do better”, said the director of the Office of National Drug Control Policy (ONDCP) of the White House, Rahul Gupta, after his meeting with Petro. “President Biden is taking strong action to reduce drug use and the harm it causes,” the official added.

“(Petro) has committed to changing its focus on drug policy from a punitive perspective to a more social and public health one,” said the high commissioner of the UN for Human Rights, Michelle Bachelet. With this perspective, it is possible to “better protect the rights of peasants, indigenous and Afro-Colombian communities and people who use drugs, both in Colombia and globally,” she said.

Forced eradication squads have destroyed 9,000 hectares of coca leaves in Tumaco this year.

It is foreseeable that in this dynamic Petro will try to go even further.

“What the President has done so far is to amplify the social voice against the prohibition of illicit crops to give a sign of legitimacy to a larger initiative: to denounce the international conventions on the fight against narcotics”, predicts Jairo Libreros, a security expert.

Only in 2026, when Petro hands over power, history will tell if the strategy that it intends to impose today worked without major headaches or if, on the contrary, everything remained a decalogue of good intentions and the criminals continued to control the second largest business. lucrative world, after the guns.