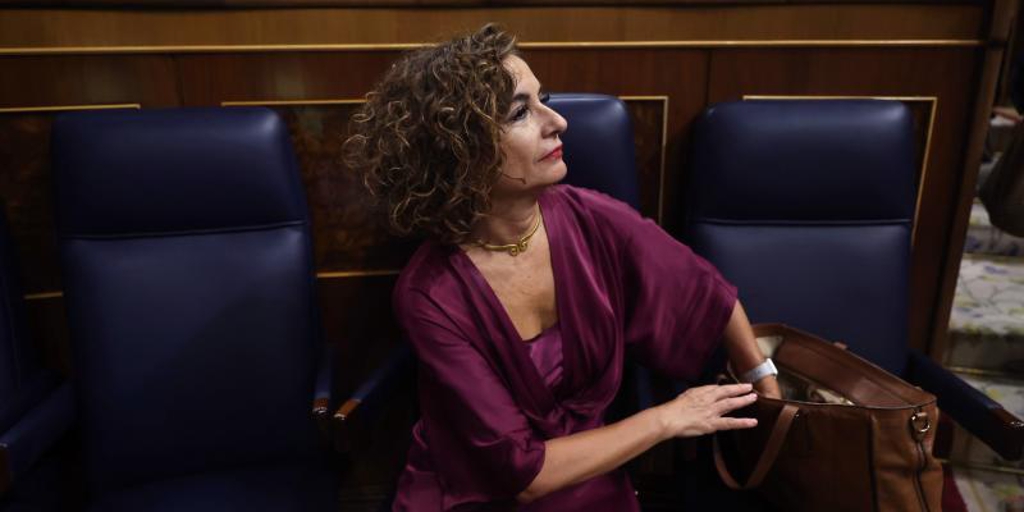 The certainty that, if approved, the general state budgets for 2023 will be mobilized high amount of public spending The commitment was confirmed by the budgetary history of Spain and the Minister of Finance yesterday, Maria Jesus MonteiroThat this limit would not prevent the government from extending beyond December measures to support citizens and the business fabric to mitigate the effects of the energy crisis – which will not be taken into account in the budget project – constitutes a substantial support To support that spending limit for the so-called ‘investment bloc’ and the suspension of the financial rules that support it.

However, yesterday’s parliamentary session also served to show that government partners are not satisfied with the kind of ‘free bar’ that exists for policies in response to the pandemic and the energy crisis, costing tens of billions of euros. Is. Public resources have been deployed, and they hope that this public sector effort can be continued over time.

Be aware that the 2023 budget may be the last to be designed without an operational European financial framework, as has already been announced on behalf of the commission, United We Can, ERC, Buildu And other minority parliamentary structures of the Left bloc yesterday launched an attack against the Budgetary Stability Act approved by the Rajoy government in 2012 and Article 135 of the Constitution, which approves budgetary stability as a constitutional principle mandated compliance since 2011.

against the sustainability law

This regulatory clause not only claims budgetary stability as a principle of priority but also impose spending limits In order to prevent public administrations from spending more than they earn for a long time, a very common phenomenon in Spain and which European officials saw in 2011 – and continue to see – as one of structural imbalances which amplifies the weaknesses. Spanish economy.

This was reminded yesterday by the spokesperson of Popular Group, Elvira RodriguezTo the Finance Minister, María Jess Monteiro, after a commencement speech in which the minister claimed the “historic” nature of the planned expenditure levels for the 2023 budget and substantial margins, including autonomous communities, city councils and social Security have more room to spend compared to last year.

The popular spokesman reminded the minister yesterday that the temporary suspension of fiscal rules did not exempt the government from its obligations to reduce the deficit and also that Brussels has already explicitly recommended that Spain enter a prudent fiscal year in 2023. Follow the policy and have already warned that it expects concrete results in reducing the structural deficit.

Monteiro argued yesterday that only state budget expenditures, without taking into account European funds would have increased by 1.9% compared to 2021 and that the public deficit will drop to 5% from 6.9% this year and 3.9% in 2023 according to its forecasts.

On the same day that Congress, with the support of the general parliamentary partners of the government, set the highest spending limit in history, the Finance Minister announced new tax on big fortune, which will come into force on October 1 with the well-known logic of distributing the burden of the crisis better and those who have the most are those who contribute the most to sustain the public effort for measures to support citizens and regions. Huh. To mitigate the energy crisis, which has been estimated to cost the government ₹30,000 million. Rodriguez accused Monteiro of trying to capitalize on inflation.