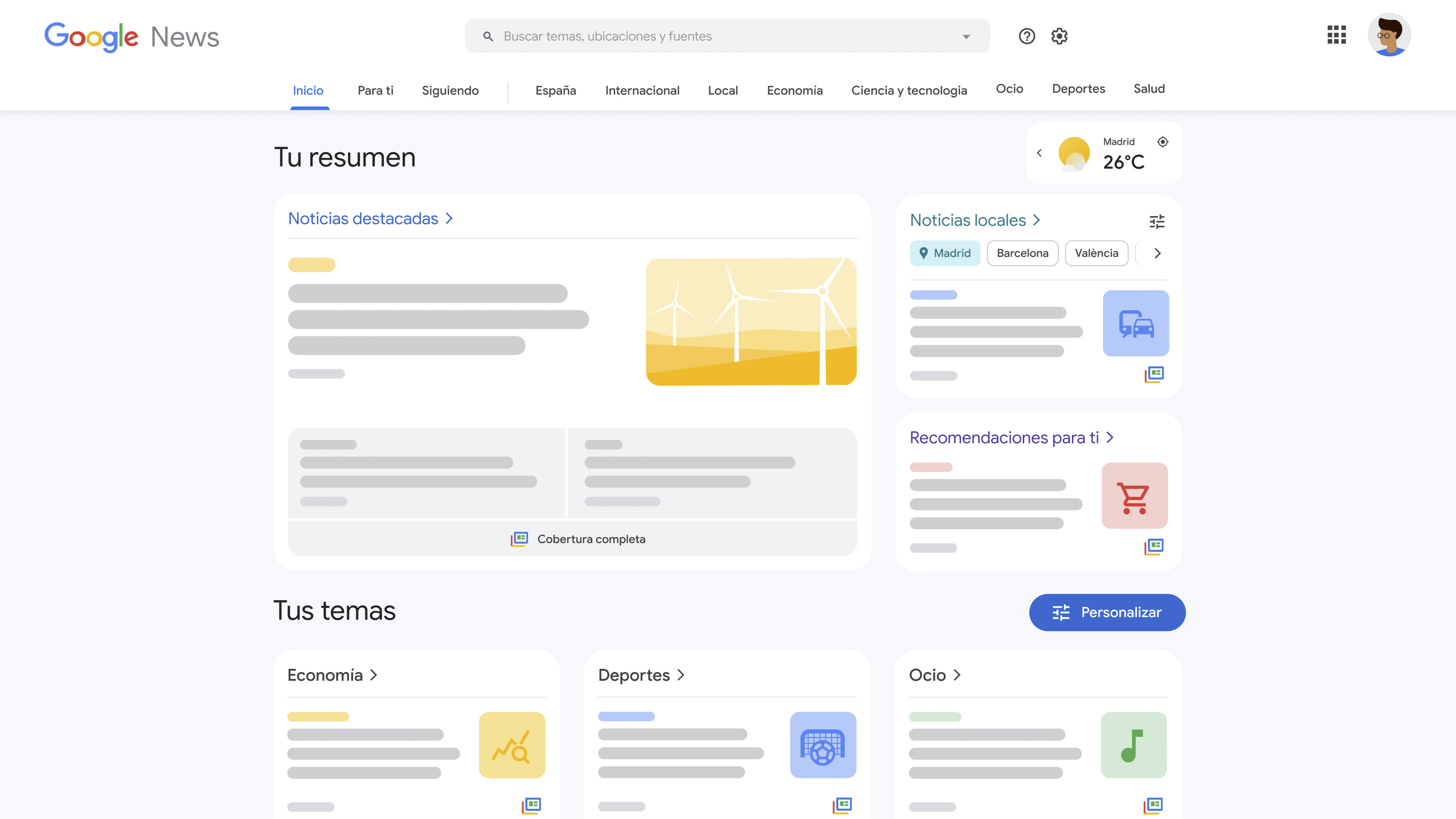 After a hiatus of nearly eight years, Google News is now back in operation in Spain after the European Copyright Directive was transferred to Spanish law by royal decree late last year. Starting yesterday, the service is once again available to Spanish readers on news.google.es on desktop or mobile, or via an application for Android and iOS, according to Google sources, who also clarified that these The mobile application will still “take a few days” to be present.

“Today (Wednesday), on its twentieth global anniversary and after a hiatus of nearly eight years, Google News returns to Spain. It is thanks to an updated copyright law that allows Spanish media outlets, large and small, to make their own decisions. How their content can be discovered and how they want to monetize it,” said Fuencisla Clemares, CEO of Google in Spain and Portugal. ,

Clemares was referring to a return, which is possible thanks to the adaptation that Spain made to its European Act of Law through a royal decree already in force from November 2021, but that still has to go through parliament. , where it fits its probability. The article is being revised.

With the intention that Google News Spain “help more people” get more news, from more places, and “help editors find new readers”, they have added to the search engine the news that readers will access, which they both come from “large media websites and small, local and specialty publications”.

“Making it easier for readers to find the news they’re looking for benefits not only readers, but also helps publishers. Google News directs readers to publishers’ websites, which helps drive traffic to their content.” where they can display ads and encourage readers to subscribe”, highlighted the general director, who also noted that news consumption in Spain has declined since Google News was in 2014. was shut down, and this resulted in a 10% reduction in traffic to Spanish publishers’ websites, which “had a greater impact on smaller publishers”.