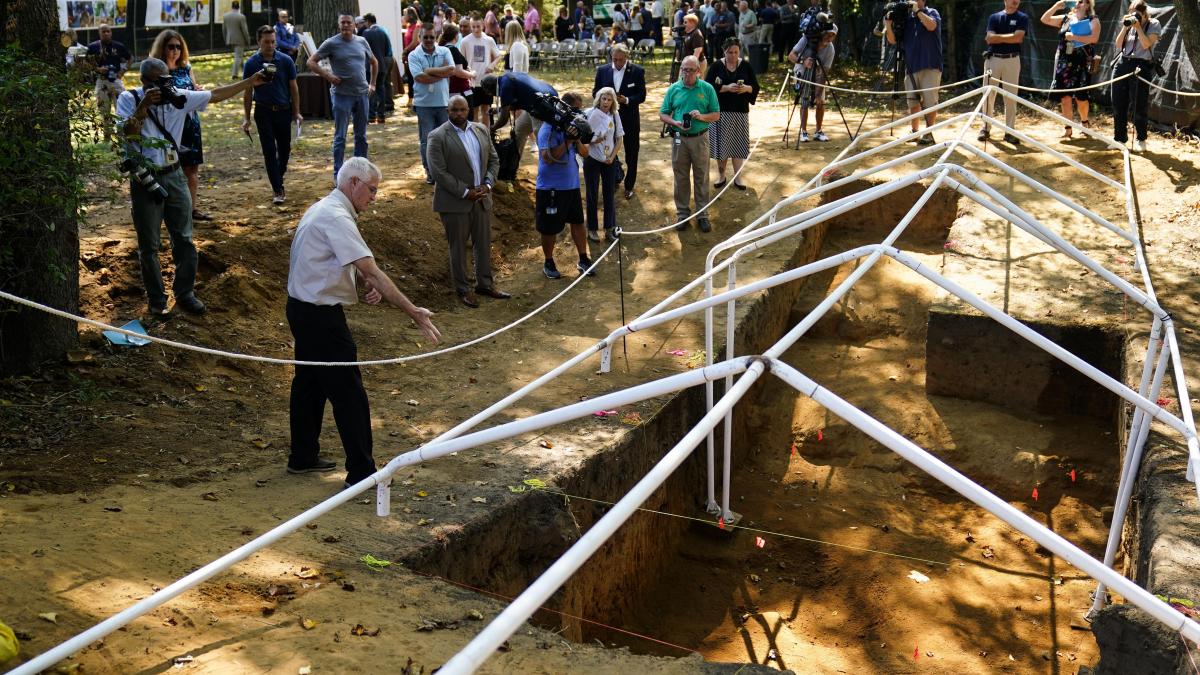 Table Of Contents hide
1. war of independence
1.1. The Battle of Red Bank occurred about 250 years ago in what is now New Jersey.
1.2. Like this:


It’s a crime scene. A lurid event that occurred about 250 years ago in New Jersey. In October 1777, American soldiers defeated German forces fighting on the British side during the American Revolutionary War. It was one of the biggest (and most unexpected) victories of the separatist side.

What remains of that tremendous battle is just a mass grave that has just been discovered by researchers at Rowan University. Inside, the remains of up to 12 Hessian soldiers (as the German contingent was known, since most of the mercenaries came from the State of Hesse-Kessel) have been found.

The Battle of Red Bank occurred about 250 years ago in what is now New Jersey.

The bodies, victims of the famous Battle of Red Bank, were found at the site of Fort Mercer, where they rested for 245 years until the discovery of a human femur in June during an archaeological excavation of a trench system surrounding the fort gave the first track, according to the archaeologists.

Subsequent work uncovered more bone remains and objects such as pewter and brass buttons and a gold guinea from King George III, which would have been the monthly pay of one of these German soldiers, the researchers said during a press conference held on Tuesday. at Red Bank Battlefield Park, south of Philadelphia.

The remains would be part of the German soldiers hired by the British, who were part of some 377 troops killed by colonial forces during the war, in which the Americans would have barely counted 14 units, historians say.

Frederick II of Hasse-Kassel and other Teutonic princes had offered some detachments of their regular armies to Britain to fight the rebels during the American Revolution. About 30,000 Hessian soldiers served in North America and about 13,000 of them were from Hesse.

German mercenaries (wearing their official uniforms and carrying their usual banners and equipment) made up a quarter of the troops fielded by the British during the War of Independence. During the conflict, the Americans tried to get the Hessians to switch sides. This is how Congress approved an offer of 50 acres (20 hectares) for each Teutonic soldier who deserted and joined the colonial troops.

Returning to Red Bank, victory over an army of 2,000 Germans enabled the Americans at the fort, defended by a 500-man Rhode Island Regiment led by Colonel Christopher Greene, to delay the transport of British Army supplies up the river. Delaware River to Fort Mifflin in Philadelphia.

“Based on everything we’ve found and their context, the remains appear to be Hessian,” Wade Catts, an archaeologist with South River Heritage Consulting in Delaware, said in a statement.

The evidence has been delivered to anthropologists from the forensic unit of the New Jersey State Police to extract DNA from the bones and teeth to identify the origin of the victims. Additional studies are being carried out to also examine their medical history and the illnesses they suffered from.

Scientists hope to be able to identify the remains and find their descendants. “Maybe we can find some of these individuals,” said historian Jennifer Janofsky of Rowan University. “If we can extract their stories, we can put a name to a face,” she adds.

“Archaeology is helping us better understand what happened on the battlefield,” Janofsky said. When the site survey is complete, the bodies will be buried elsewhere and the trench backfilled. The land will be incorporated into the park on a bluff overlooking the river.