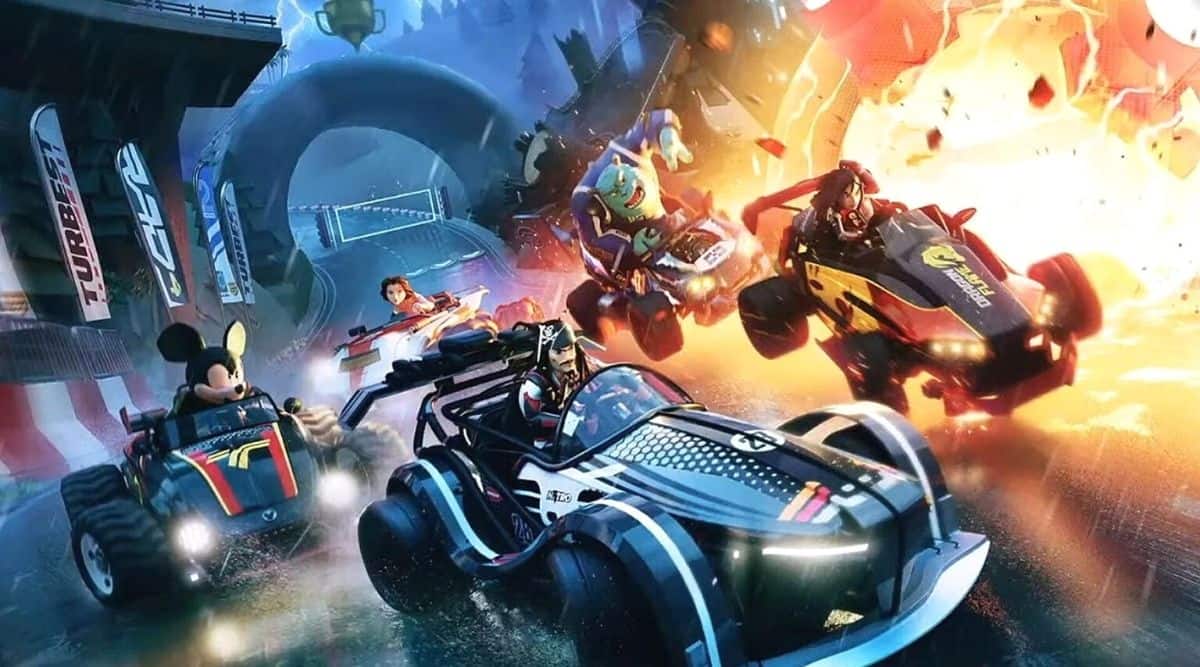 In a surprise announcement during Nintendo Direct event last night, Gameloft introduced a new racing game based on iconic Disney characters. The studio is best known for the Asphalt mobile franchise and is now looking to break into console and PC.

Disney Speedstorm is a car racing game in the same vein as Mario Kart, involving characters from various Disney and Pixar properties – movies, cartoons and shows. Players can take control of various champions and enter virtual tracks that resemble locations from a Disney franchise. So far, the reveal trailer has shown off the ‘Pirates Island’ track from Pirates of the Caribbean and the ‘Jungle Ruins’ map from The Jungle Book.

The roster, for now, includes Mickey Mouse, Mulan, Captain Jack Sparrow, Donald Duck, and Sulley from Monsters Inc. Additional characters will be revealed at a later date and will also include post-launch content. Each character will be equipped with different abilities that will help them turn the tide of a career.

Mickey gains speed boosts in short bursts, while Mulan deals explosive damage to surrounding vehicles. Just like the items you collect in Mario Kart, players can also unlock ultimate moves tailored to each character, perfect for turning the tables in the final seconds.

To work on a dream project like Disney Speedstorm, we are motivated to create a game that feels like home to Disney and Pixar fans, but is also unique in the arcade racing genre,” said Alexandru “Sasha” Adam. , VP & Studio Manager, in a press release. “The game mechanics, racer abilities, and location design have all been tailored to serve our vision of a fast-paced, engaging competitive experience.”

Disney Speedstorm is free to play, with new seasons added regularly, bringing new champions, cars and tracks. Although Gameloft hasn’t made an exclusive statement, it could be assumed that cosmetic items will be locked behind a paywall, a source of revenue for the development team.

The company has also promised cross platform game between consoles and PC, along with a split-screen mode for local matchmaking. You could register/pre-register to be the first to play by visiting their official website.