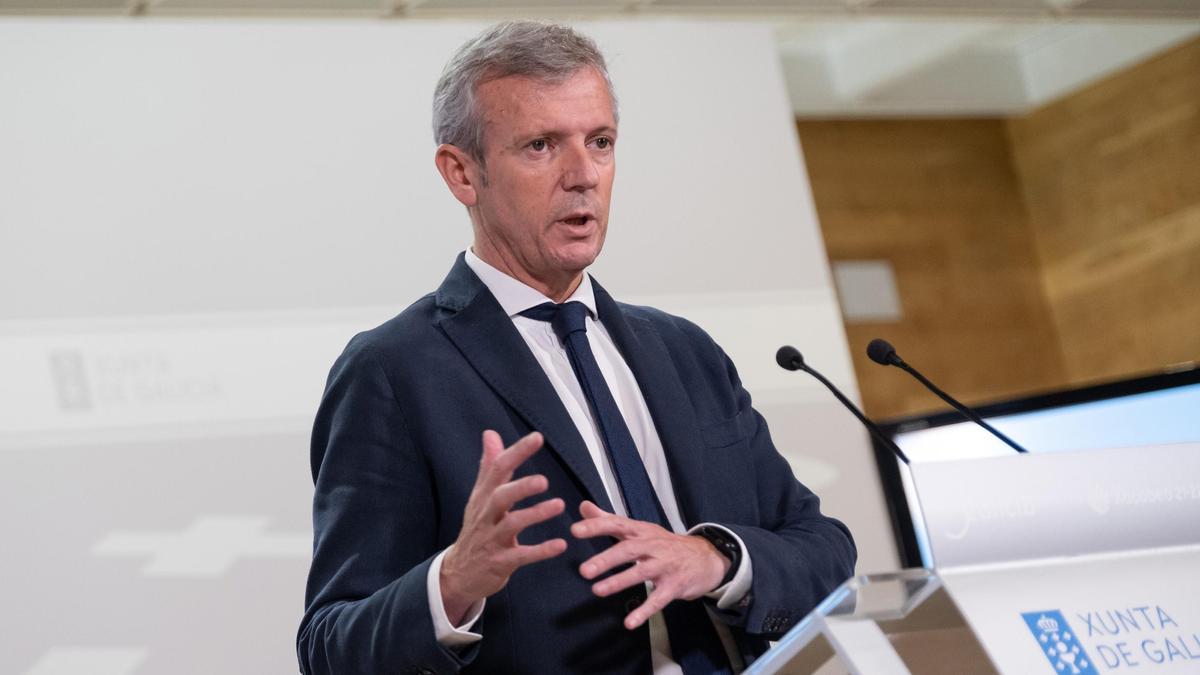 Table Of Contents hide
1. “It is much better to lower taxes than to raise them”
2. See “indicators for optimism”
3. Like this:


The president of the Xunta, Alfonso Rueda, just announced a 50% reduction in the Wealth Tax, which in Galicia collects about 67 million euros a year and is applied only to the highest incomes. Currently, this tribute already has a bonus of 25%, which from 2023 will be 50%.

In this way, Galicia stays halfway between Madrid, Andalusia and Murcia, Well, while the Madrid community has already suppressed it, the Andalusian community will eliminate it completely in 2023, as its president announced this week, embarking on a spiral of tax reductions between the PP autonomies, to which Murcia has also joined.

The president of the Xunta advanced this tax reduction in an event with businessmen in A Coruñabefore next week he goes to Parliament to explain the general lines of the budgets for next year.

“It is much better to lower taxes than to raise them”

“It is much better to lower taxes than to raise them”, Rueda defended and stated that in Galicia there are “stimuli” to create “a favorable climate” on certain issues, such as the demographic challenge, according to the EFE agency.

Asked if he will lower taxes on fuel, which in Galicia are at the highest level, he said that the budgets are still being drawn up, although he clarified that “the Xunta cannot reach everything or do everything alone”.

At the conference, he considered that society has a series of “challenges” that “are not at all simple”, with issues such as the price of gas, inflation, or the execution of European funds, in which “the only thing that is a certainty today is doubt, uncertainty”.

“What has been built in recent years, in recent decades, is, at the very least, faltering,” he assured.

Faced with this situation, he sees three options, a “triumphalist who denies the dangers”with which he links, without mentioning it, to the Government, another “catastrophist” with a “more tremendous speech without providing solutions” and, finally, the “path of the ‘sentidiño'”, which is his.

This must be an option that “does not hide the problems or detract from them, but also offers hope”, since he believes that “there are opportunities and we must take advantage of them”.

“It is the path that I like and the one that, as president of the Xunta and public official, I am obliged to follow”, he continued.

At this time, he sees “indicators for optimism” in elements such as unemployment data, export power, the energy transition and the fight against climate change, the naval sector or the automotive industry.

The goal is “that the figures continue to be maintained and continue to grow” for which it defends, once again, the need to attract investment, simplify bureaucracy and provide legal certainty, he commented.

Faced with this and with regard to the execution of the Next Generation funds of the European Union, he has opined that the ministries do not have the capacity to manage them and has called for their autonomous management.

The president of Abanca, Juan Carlos Escotet, has considered “vital” the “innovation and competitiveness in this context”, because he believes that they are differential factors.

“Efforts in favor of innovation always pay off,” he said after declaring himself a “former defender” of innovation.