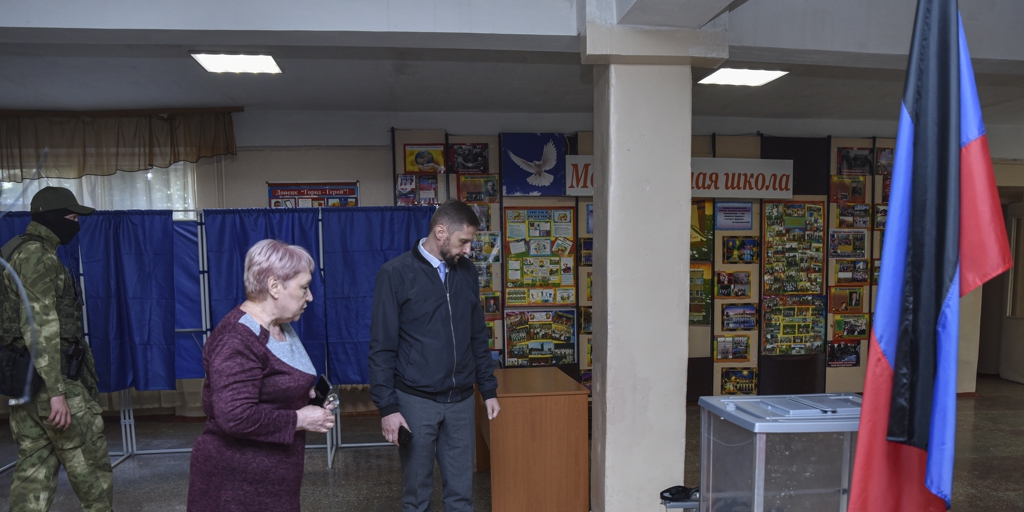 The voting process in the referendums convened to determine the possible accession to Russia in the self-proclaimed republics of Donetsk and Lugansk and in the Ukrainian regions of Kherson and Zaporizhia, occupied by Russian forces as part of the invasion unleashed on February 24, has begun in the early hours of the morning of this Friday, without prejudice to the refusal of Ukraine and the international community to recognize the validity of the process.

The vote has started at 8:00 a.m. (7:00 a.m. in mainland Spain and the Balearic Islands) and will last until 4:00 p.m., something that will also happen in the following days and until September 27when the process will end. Russia has also opened polling stations in several cities so that refugees can go to vote.

The pro-Russian authorities in Kherson have indicated that they expect 750,000 people to turn out to vote, while in the census in Zaporizhia there are 500,000 people, according to the Russian news agency TASS. In both cases, the participants must answer a question: “Are you in favor of the region leaving Ukraine, creating an independent state and becoming part of Russia?”

In the case of the self-proclaimed republics of Donetsk and Lugansk -whose independence was recognized by the Russian president, Vladimir Putin, days before ordering the invasion of Ukraine-, voters will have to decide whether they support “the entry of the republic into Russia as constituent entity of the Russian Federation.

Putin himself stated on Wednesday in a speech to the nation in which he announced a partial mobilization of the population for the war in Ukraine that Moscow would recognize the result of these referendums. “We will do everything possible to provide security conditions so that referendums are held and the population expresses its will,” he said.

“We will support the decision on its future, which will be adopted by the majority of the residents of the Donetsk and Lugansk people’s republics and the Zaporizhia and Kherson regions,” said the Russian president, who also warned that Russia could use “All the means» in the event of a Russian «threat to territorial integrity», including nuclear weapons.

The president of the Russian State Duma, Viacheslav Volodin, expressed himself along these lines this Friday, asking the population of these regions to “vote freely” and that “fear nothing». “Make a decision to be part of Russia. We will support them », he pointed out in a message on his Telegram account in which he has stressed that the residents of these areas of Ukraine« have the right to self-determination, contemplated in the United Nations Charter ».

“The European Union has made another threat to our country in relation to the referendums. We are aware of our decisions and nothing scares us. The EU did not realize of the genocide of the inhabitants of Donbass for eight years and did not think about his safety. He supported the kyiv regime, which was shooting civilians daily. Elders, women and children died », he denounced.

For its part, the Ukrainian Parliament on Wednesday approved the declaration of inadmissibility of the referendums on joining Russia proposed by the pro-Russian authorities in these regions. The pro-Russian authorities in Crimea already held a referendum in 2014 on the accession to Russia whose result legitimized Putin to annex the peninsula, a movement not recognized by the international community.

During the day on Thursday, NATO reaffirmed that it will not recognize the result of the votes, since «they lack legitimacy» and constitute a violation of the Charter of the United Nations. In this regard, the bloc released a statement in which it called on “all states” to reject these attempts at “territorial conquest” by Russia, insisting that the Donetsk, Lugansk, Kherson and Zaporizhia regions ” they are Ukraine.

Miyashiro family leaves the Municipality of Chorrillos after 24 years, according to electoral flash