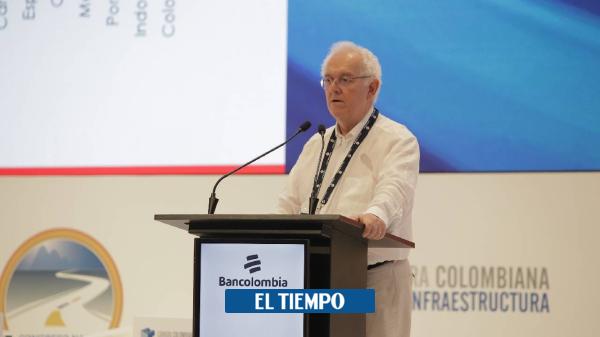 The Finance Minister, José Antonio Ocampo, assured that the prices of some goods and services would no longer be indexed to inflation or the minimum wage, as part of a package of measures to be taken to combat high inflation in Colombia. Therefore, he proposed what steps would be taken to bring about these changes.

He also commented that 204 goods and services have been indexed for an increase in the minimum wage in Colombia, so the alternative found by the national government “It’s freeing the minimum wage that we can do”,

(Also read: Bogota Metro: Date postponed to find out if a section will be underground)

This is a positive sign for negotiating the minimum wage as workers have been claiming that the issue affects them.

To achieve this deindexation, Next year an article will be included in the National Development Plan So that goods and services are tied to the Bank of the Republic’s core inflation and not to overall inflation as it has been “strongly affected by food prices” this year.

Furthermore, he said that through a decree Around 170 products to be de-indexed before the end of 2022, “It is a positive sign to hold talks on minimum wages as the workers have been claiming that this is an issue that affects them,” the minister said.

According to the Finance Minister, the possibility of indexing the increase in the prices of certain goods and services to the Tax Value Unit (UVT) is also being analysed.

After inflation at 12.22 per cent in October, the finance minister expected a reduction in November due to two positive effects: softening of food prices and the reduction of electricity tariffs, following the regulatory measures taken by the national government in recent months and which companies in the sector accepted.

Additionally, Minister José Antonio Ocampo said that Inflation expected to come down by 2023 which would allow real wages to rise.

Iberdrola will increase its renewable investment in Portugal by 3,000 million

did you hit it? Check Red Cross Lottery Results December 6

Do you live on rent? This will be your canon adjustment for next year