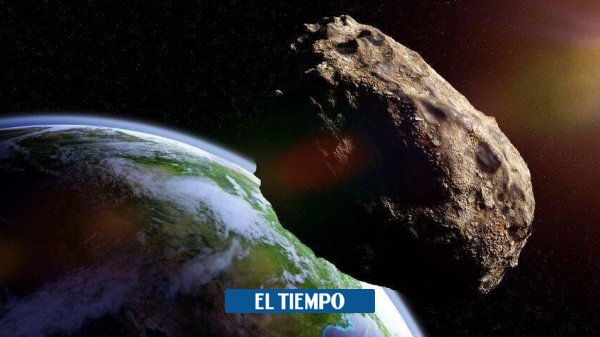 Although no asteroid threatens Earth, collision with Dimorphos Will allow researchers to demonstrate deflection technique With many new technologies and to collect important data Improve our asteroid deflection modeling and prediction capabilities, NASA explains that those enhancements will help us better prepare in case an asteroid is considered a threat to Earth.

Released in November 2021, DART (Double Asteroid Redirect Test) spacecraft About 600 kilograms will be at a point 11 million kilometers from Earth when it collides with Dimorphos, which is only 160 meters wide. To complicate things further, The spacecraft will approach the space rock at a speed of about 6.1 kilometers per second, Dimorphos orbits Didymos, which has a diameter of about 780 meters, every 11.9 hours.

The asteroid Dimorphos orbits Didymos, which measures about 780 meters in diameter, every 11.9 hours.

while the asteroid didymos will keep your movement virtually intact around the sunThe collision is expected to deflect the orbit of the small asteroid Dimorphos in a small but unmistakable way, a fraction of a percent, enough to be measured by ground-based radar and telescopes.

Researchers will have a chance A closer look at the Didymos asteroid systemAlthough briefly, thanks to the DRACO imager aboard DART and LICIACube, a CubeSat from the Italian Space Agency.

Launched just before impact, the shoebox-shaped LICIACube will document the dart’s impact and its aftermath. DRACO, the reconnaissance camera is the only instrument aboard DART. It will primarily serve as DART’s optical navigation system, which will capture images to help the spacecraft reach its target. DRACO will feed your images into the Autonomous Real-time Navigation Algorithm (SMART Nav), A system that, in the spacecraft’s final hours, would accurately and automatically guide DART to Didymos B.

To fully understand the impact of DART, once the dust settles, ESA’s Hera mission will launch in 2024 and arrive at the Didymos asteroid system two years later to perform high-energy visual, laser and radio scientific mapping. Asteroid moon resolution and estimation impact results.