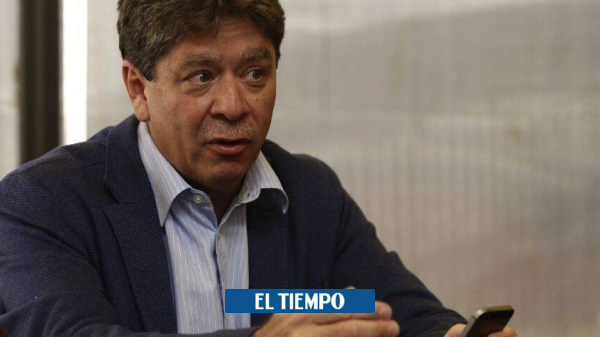 Table Of Contents hide
1. What is the effective rate of taxation?
2. Like this:

Finance Minister, Jose Antonio Ocampo assured that effective tax rates Those published by Andy in the framework of discussion of tax reform are not correct because they do not take into account tax benefits and do their own calculations.

(You can also read: Agricultural reforms: Land ownership started on a large scale in 19 departments,

Bruce McMasterThe president of the union assured a few weeks ago that the effective tax rate paid by industry is 56.7 percent, that of mining and hydrocarbons is 53 percent, and that of transportation is 49.2 percent, and that with the proposed changes in the reform, these rates will be 62, 87.1 and 63.1 percent respectively.

However, according to the study conducted by the Ministry of Finance and Public Debt, Colombia has an effective corporate tax rate of 25.5 percent, a figure that is lower than the nominal income tax rate (35 percent).
This is primarily a result of the tax benefits to which larger companies have greater access (revenues of over $50,000 million per year).

And with the proposed changes in the reform it will reach 29.4 percent. Finance Minister, Jose Antonio Ocampo, said that this figure is much lower than the data due to omitting tax benefits or due to other inaccuracies. In fact, the Bill seeks to curtail unfair advantages, says the ministry’s report.

In the case of tax on dividends, the tax reform project reduces the burden for small and medium-sized companies, and increases it only for large companies. This is the result of the implementation of a marginal and progressive scheme on the taxation of dividends.

The study also noted that the OECD’s calculation of effective tax rates with its method shows that the corporate tax burden in Colombia is less than (or equal to) the rates in Costa Rica, Chile, Argentina and Mexico. , and close to Peru and Brazil.

What is the effective rate of taxation?

It is the percentage of profits that goes to the payment of taxes. Some have presented their own calculations of TET, however: a) ignoring tax benefits; b) assuming that dividends always pay the highest marginal rate; c) ignoring that not all profits are distributed as dividends, and d) being paid by consumers without taking into account that part of the Levy on Financial Activities (GMF) and ICA.