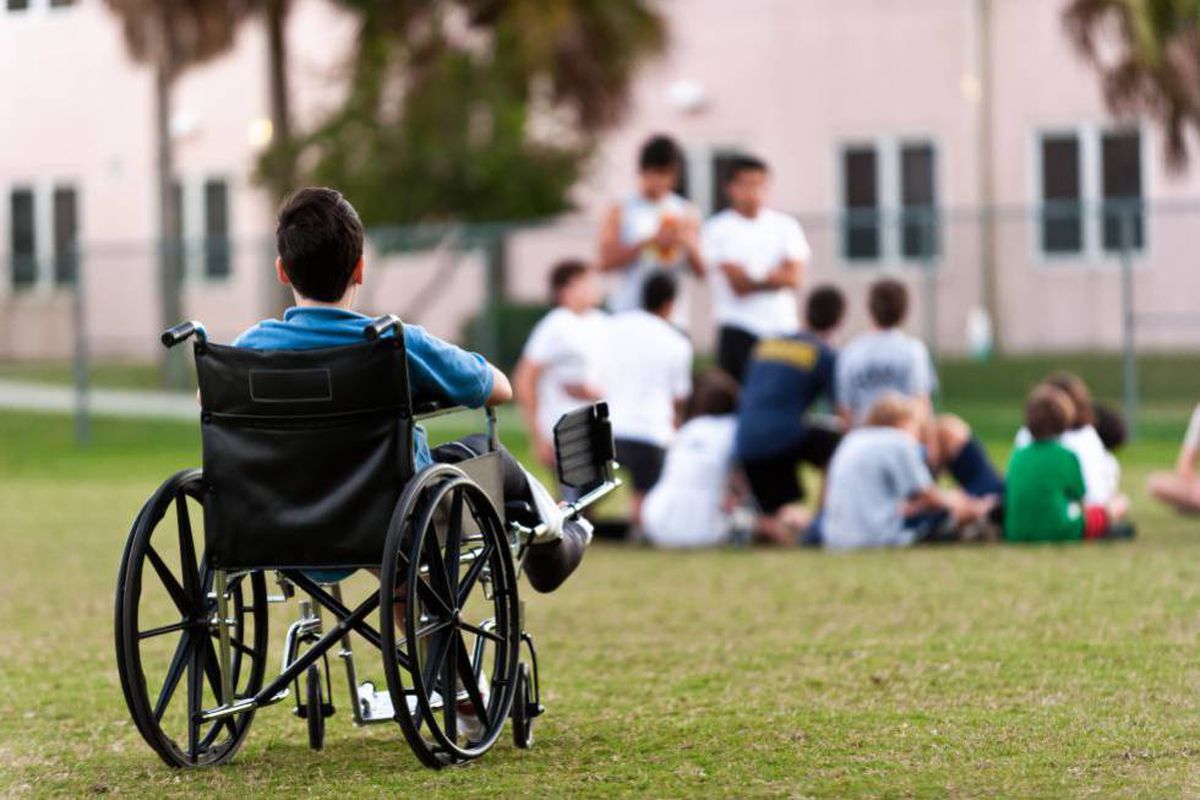 I don’t know what it is but, of course, education that is not inclusive is not education. In fact, the phrase “inclusive education” strikes me as contradictory and with an adjective that —if I’m hurried— sounds redundant, since inclusion should not be one more characteristic of educational systems, but rather a guiding principle on which supports any teaching and learning process. A non-inclusive education is a form of schooling that separates based on origin, characteristics, ability and personal or family condition, to the point of making invisible precisely the most vulnerable or underrepresented groups in history.

Inertia has led us to build and maintain over time segregating educational and school organization models that distribute people based on different conditions, including disability. The so-called education of the 21st century still has, in terms of inclusion, an old, ancient aftertaste, which oozes more from the Middle Ages than from the necessary modernization in accordance with the contemporary world and the acclaimed rights of children. Our current idea of ​​school is still close, worth the analogy, to the concentric circles of the Divine Comedy of Dante, which kept sinners apart based on the seriousness of their sins, instead of projecting themselves into spaces that are inclusive, respectful, democratizing and fully accessible to all people equally and, at the same time, according to their needs. All an allegory of a form of apartheid educational that is repeated in many corners of our geography.

Many years after inclusive education, through its incorporation into the Spanish legal system, became mandatory throughout the national sphere, school care for people with disabilities is still stuck in a cave like the one Plato thought in The Republic; meanwhile, society —parsimonious— and especially from that vantage point called political management, continue to stare enthralled at its walls, mired in immobility, thus blocking any attempt at an egalitarian project of this nature. It is far away in time Salamanca Statement of Principles, Policy and Practice for Special Needs Education, signed by 92 governments and 25 international organizations in 1994. In this text it was already indicated that “every minor with special educational needs must have access to a normal school that must welcome him and accommodate him within a pedagogy centered on the minor that covers said needs ”. But we continue submerged in the paralysis of this key principle embedded in the legislative amalgam always in fits and starts, except for specific advances.

The Spanish educational model, as far as inclusion is concerned, remains stuck at an involutionary point from another era, in order to maintain this bloody school anachrony based on the pillar of distributive injustice. At the same time that we have 34% of the ESO students enrolled in private or subsidized centers —here is a first stage of segregation—, according to data from the Ministry of Education, about 20% of the students labeled as having special educational needs do not go to ordinary schools or institutes, but to the so-called special education centers (many of them privately owned). This is the only model where many families understand that their children are given the attention they need, far from any sign of marginalization. In this sense, students with intellectual disabilities are especially surrounded by stigmas, who have even lower rates of integration in ordinary schools: a palpable reflection of a society that corners and isolates those human groups that are most overloaded with stereotypes and deprived, therefore of essential rights.

But one of the great pillars of the lomloe, the personalization of the learning process, is configured, in a paradoxical turn, in one of the most important traps that stop the requirements of a real inclusion, beyond the permanent pantomime to which we are accustomed in educational policies. Special education centers have an average number of students per teacher much lower than in ordinary schools, and their professions, moreover, have adequate training. The result is obvious: these centers educate a profile of students, many of them with multiple disabilities, who require greater attention. In ordinary centers, on the other hand, diversity is worked on with limited resources: with specialized personnel overwhelmed by the complexity of profiles or diagnoses and with saturated technical teams that navigate between the enormous bureaucracy and the overwhelming direct attention to families and students who enclose a world of structural injustices that we can hardly imagine from the outside.

With these wicks, the much vaunted real inclusion, in the face of a patchwork model that piles students with disabilities into ordinary classrooms just to look good in the face of the requirements of the international community, must advance as a social urgency of the first order, and not only within the framework of a palpable declaration of intent in the new educational law. The management of the public school in the different regions of Spain has to be built progressively with a robust framework of executive proposals that go beyond what is embodied in the regulations, and that nourishes once and for all the resources and specialized support to the ordinary centers so that all children, regardless of their singularities, can advance to title (as Lomloe says, with its corresponding adaptation).

As a dressing, it is essential to design a serious and rigorous training plan for ordinary teachers, so that, in groups with lower ratios, they are an active and empowering part of this change. All this so that they can assist and accompany —within the principles of Universal Design for Learning— students with educational needs as they deserve, together with their classmates with whom they have grown since childhood. And this in organizational models such as shared teaching, with the material resources they need or with strategies based on cooperative learning, work proposals backed by classroom research and with a formal presence in the last legislative reform.

Let’s face it: inclusion in ordinary schools cannot be an ephemeral task of a few, much less a frustrated desire of many families who helplessly witness the social isolation of their children, as well as the misunderstanding that leads them to seek forced and with resignation other schooling options that they understand as the only door to a hope that is, neither more nor less, the possibility of achieving a full life.

Educational inclusion is, in short, a transforming community action that urgently needs to be programmed in detail over time, well orchestrated from a budgetary point of view and that involves all its agents; an ambitious but necessary process that allows us to learn to live with difference and also learn from its richness, with all the resources needed to leave no one behind. As Ignacio Calderón and Paula Verde maintain in recognize diversity (Octahedron, 2018), “the fate of boys and girls should not depend on luck; respect for their human rights cannot be optional or arbitrary”. Because without that twist of fate, without that respect, there is no inclusion. And, if there is no inclusion, there is no education: what there is is something else.

Albano by Alonso Paz He is a professor of Spanish Language and Literature and director of the public institute San Benito de Tenerife.