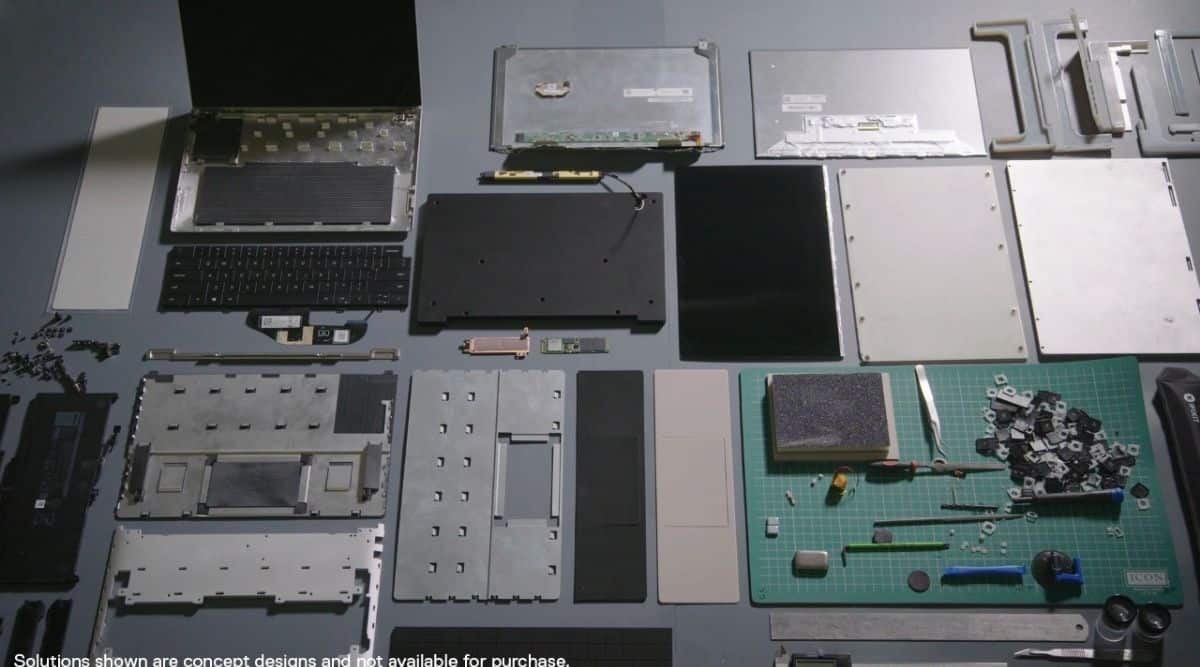 “We weren’t necessarily trying to build a laptop, we were trying to figure out what are the important things that need to be resolved to impact our entire product line,” Drew Tosh, director, advanced design strategy, dell Technologies, said about the Concept Luna, a sustainable laptop that supports the right to repair movement.

Announced during the annual Consumer Electronics Show (CES) last month, Concept Luna takes a look at a repairable and sustainable laptop for the future. Though just a concept at the moment, Luna reinvents a laptop from the ground up with the goal of reducing the carbon footprint of an existing laptop by 50 percent.

Drew and his team, who work on concept devices and future alphas at Dell, began work on Luna about two years ago. “The first five months were spent on research,” Tosh said. indianexpress.com via a call from Austin, Texas. “We had done many directions of sustainable materials, but for this [project] we took a step back and looked at the entire system where we met our supply chain partners.” He added: “We really spent a lot of time trying to understand the problem that we were trying to solve.”

Dell’s Concept Luna takes a different approach not only in design but also in the way it will be manufactured. The role of less power-hungry materials and how components will fit together requires a reimagined approach to designing a laptop. The motherboard inside the Luna is 75 percent smaller and uses 20 percent fewer components to make. Then all other components of the laptop are rearranged around the motherboard, which sits near the top for additional cooling exposure. The use of screws is reduced by 10 times compared to a normal laptop and the battery would be lithium iron phosphate, which has twice the cycle life of a traditional lithium ion battery.

One thing that makes Dell’s Concept Luna a new generation of laptop is its emphasis on upgradeability and repairability. Dell said teardown, which includes repair and reassembly time, is just 1.5 hours. “With a few screws, users could replace the keyboard on their own; Also, the motherboard could be removed from the laptop and replaced with a newer one.

“Luna was really important, because it helps to be an educational vehicle for internal and external people to be aware of the complexity that we are trying to solve, but it also allows us to break down the pieces and help teams really understand how they can achieve those things. impacts,” he explained.

The fight for the “right to repair” is gaining a lot of momentum lately, and tech companies like Apple they are forced to take action. Advocates of the “right to repair” attempt to force manufacturers to make their products more repairable and improve third party access to important tools, parts and information.

Tosh agrees that laptops in the late 2000s were easy to repair, but things started to change when it became almost impossible for users to replace a battery or get into the laptop and repair it on their own.

To achieve a thin and light laptop form factor required manufacturers to move from using cylindrical battery designs to a rechargeable lithium polymer (LiPo or Li-Poly) battery. “Some think they [PC brands] they took it away because they didn’t want to make it easy to remove the battery…it was because the whole industry was heading towards lighter, thinner, more powerful laptops and we were getting more powerful batteries from these directions and optimizing the design by not having to make it removable.” Tosh said. “It becomes a service and a regulatory aspect because, in essence, you are opening access to the power of the system.” 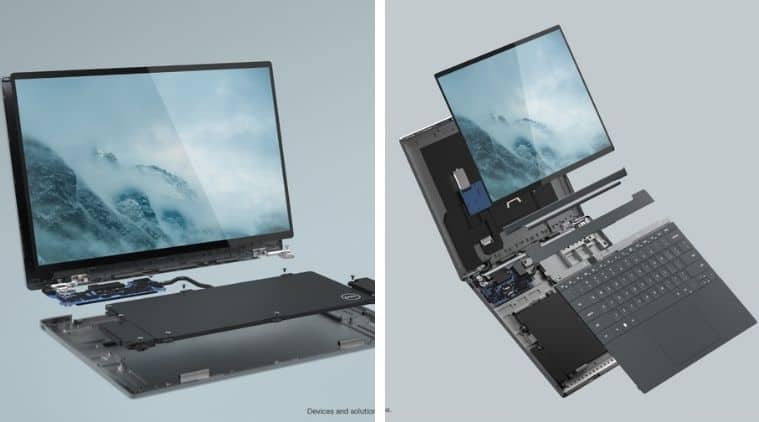 Concept Luna takes a look at a repairable and sustainable laptop for the future. (Image: Dell)

With Concept Luna, Tosh said Dell is not only trying to make aspects easier to repair, but also easier for someone who is not technically knowledgeable to fix, by letting end users do their own servicing.

“We’re out of the theory or concept stage, and we’re starting to try to figure out how we implement all these things that are mass-produced, because you can build 100 or 1,000 of something one way, but build millions of them. another is a different scale,” Tosh said when asked about Dell’s plans to mass-produce Luna, which is still a concept device.

For Dell, Concept Luna is not a marketing opportunity, but something more personal. “We know these things [Luna] it’s hard and we know we’re not the only ones on the way,” said Page Motes, director of global sustainability for Dell Technologies.

Page said Concept Luna is part of the lunar goals the company has set itself to decarbonize its products and make a deeper impact in the circular economy space. “Bringing [Luna] to life is a real example of how we’re trying to take ideas and really put them into action,” Page said.