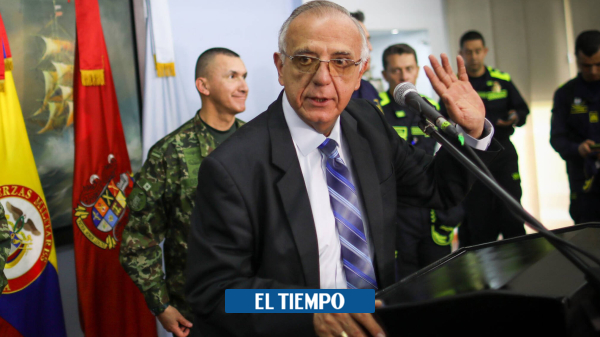 Table Of Contents hide
1. What does Gustavo Petro say about the land problem?
2. Like this:


The controversy over the use and cultivation of land in Colombia does not stop. This time peasants who are dedicated to cultivating Coca leaf They filed complaints about the forced eradication that was being carried out on their land. In this regard, the Minister of Defense, Iván Velásquez clarified that the order to suspend this process has not been lifted.

(Do not miss: President Gustavo Petro proposes changing the fiscal framework made by Iván Duque)

Along these lines, the Ministry of Defense affirmed that it will be through the peace dialogue with the armed groups and members of the Eln, that the eradication of illicit crops, including the coca leaf, will be suspended.

(Other: Controversy over a possible ‘multilateral ceasefire’)

Forced eradication has not been lifted

Moreover, Velásquez indicated that since the beginning of the government of President Gustavo Petro to date, nearly two months, 23,216 hectares of coca have been eradicated in different regions of the country, where there are still peasants who are dedicated to cultivating this plant.

In the Nariño region, the forced eradication process has been advanced by the authorities and with the accompaniment of the Public Force.

What does Gustavo Petro say about the land problem?

The National Government and the President himself Gustavo Petro has already referred to the great discussion that exists around land in Colombia. The president specified that it is necessary to strengthen the land restitution program and the victims’ law to remedy the serious crisis that has escalated.

“This restitution of land to its legitimate owners must be done within a few years and we can then return to normality in that aspect. (…) The money from drug trafficking bought millions of hectares of land. The land was the fundamental money laundering of mafias such as Pablo Escobar’s and others that monopolized the country’s fertile lands so as not to produce,” Petro said.

In addition, the Colombian president has said that it is necessary to deliver 3 million fertile hectares for the peasantry.

“Has anyone ever wondered how much the 3 million hectares are worth or where are we going to get them? HOh, you have to buy them at a commercial price so as not to get into fights with the owners of the land, because if you don’t they will say that it is an expropriation.Petro pointed out in an interview with Snail News.