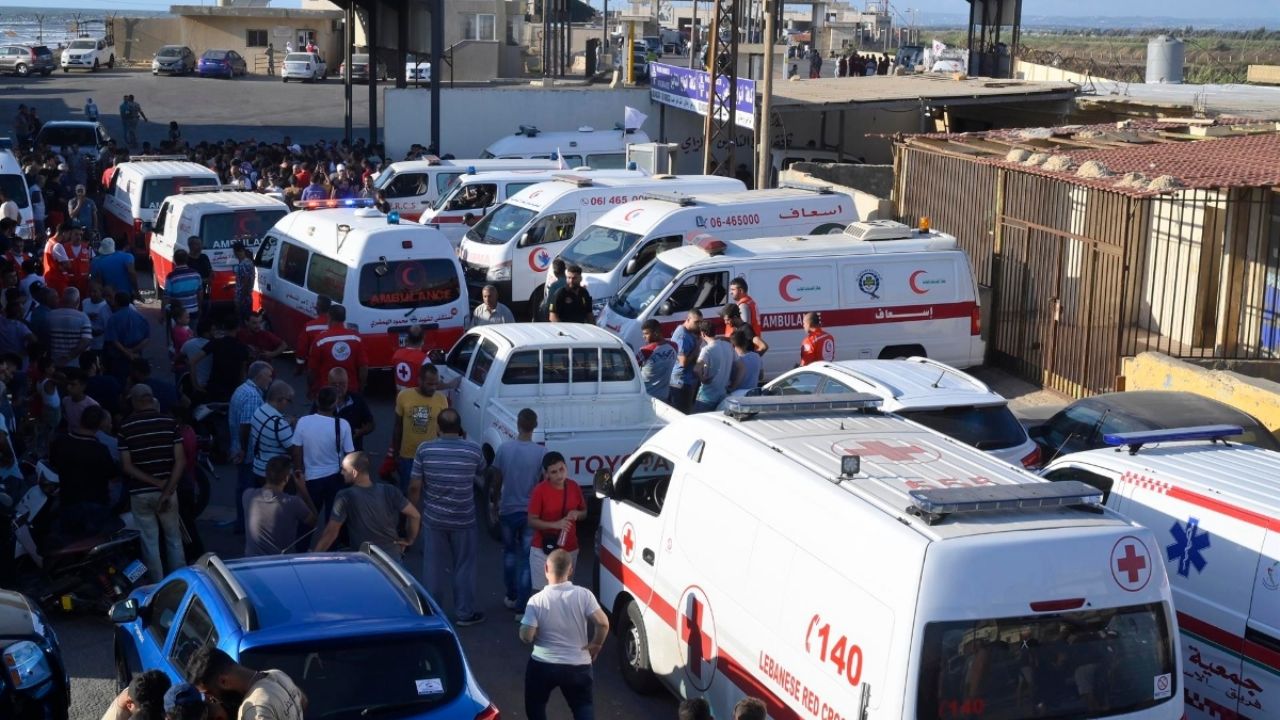 Table Of Contents hide
1. The victims of the shipwreck were of Syrian, Lebanese and Palestinian nationalities
2. Second shipwreck in less than 6 months
2.1. Like this:


least 73 people have died and 20 others have been rescued alive After the barge with over a hundred immigrants on board sank off the coast of Tartus on ThursdayIn Syria, informed the Ministry of Health of this country.

In a statement reproduced by the official Syrian news agency SANA, The government agency indicated that the number of victims was still preliminary and that those rescued He is being treated at Al Basel Hospital in Tartus.

Lebanese Transport Minister Ali Hami told Efe news agency on his behalf that “According to some survivors, the barge was carrying over a hundred peopleAnd many of the victims did not have any documents with them”.

The victims of the shipwreck were of Syrian, Lebanese and Palestinian nationalities

Additionally, the Syrian Observatory for Human Rights stated that most belonged to the victim Syrian, Lebanese and Palestinian nationalitiesAnd the number of people still missing is estimated to be at least 70, according to a statement.

Some survivors confirmed to the NGO that More than 150 people were on board the barge that left the Lebanese city of Tripoli Who intends to reach Italy, Cyprus or other European countries.

The NGO, based in the UK, but with an extensive network of partners on the ground, stated that “Many Syrians killed at sea sold all their property in Syria with the dream of reaching Europebecause they were greatly affected by the Lebanese crisis”.

Second shipwreck in less than 6 months

Another boat laden with migrants sank on 23 April. Desperate to leave Lebanon’s dire economic crisis behindAnd rescuers were able to save about 45 people alive and retrieve at least a dozen bodies.

about 80% Lebanese live below the poverty linewhereas About 90% of Syrian refugee communities in the country suffer from extreme poverty And a good part of them are also affected by food insecurity as per UN data.

Since 2020, when the economic crisis that began in Lebanon a year ago deepened, Production of illegal boats trying to reach Cyprus skyrockets With the aim of reaching other European countries later.

According to the United Nations, At least 38 ships sailed that year with more than 1,500 passengers, of whom more than 75% were intercepted. by the authorities or returned to the land.

Devastating: A woman robs a bank to treat her younger sister suffering from cancer

Husband burns woman for not getting abortion