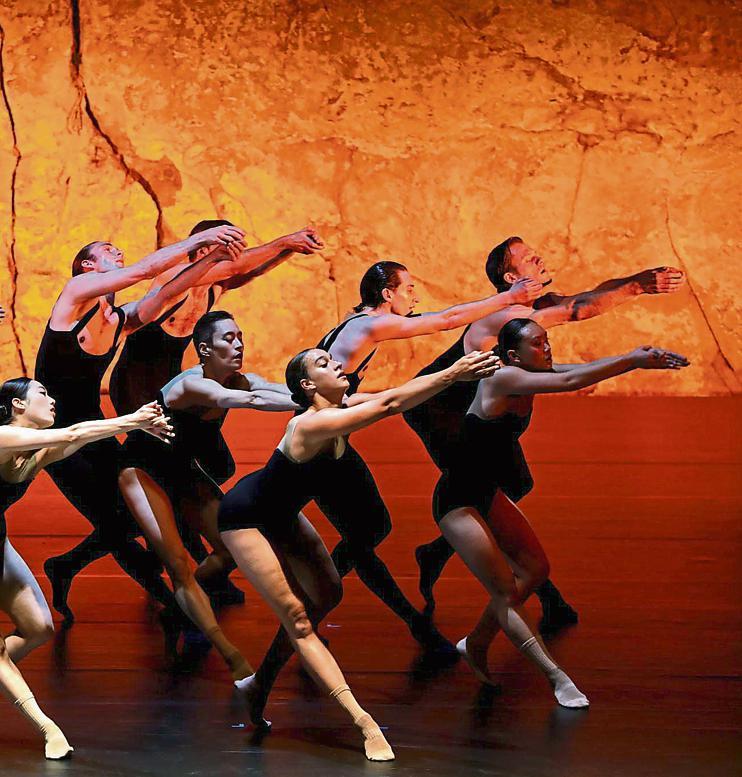 Table Of Contents hide
1. The Nederlands Dans Theater breathes life, optimism, chaos, order, peace and restlessness on the Montjuïc stage
2. The arrival at the Grec was a feast of familiar faces. The whole theatrical world had come together, more and more akin to dance
3. Like this:


It was like opening a sparkling wine after two years of thirst: an explosion of life. Last night Barcelona attended an exceptional inauguration of the Grec. On very rare occasions the festival has started with dance, and the Nederlands Dans Theater (NDT) came with a program that was a declaration of intent: go for it all, go ahead, injection of optimism, chaos and order, restlessness and apparent peace … Barcelona was alive.

And the city shared its vitality with those responsible for dance houses from all over Europe: from Sadler’s Wells and The Place to the Dancehouse Lyon, the Areal, the ICK in Amsterdam, the Tanzhaus NRW, the Centro per la Scena Contemporanea, the Tanzhaus Zürich , Dance East, Dance Limerick, Dans Brabant… The celebration of the general assembly of the European Dancehouse Network, to which the Mercat de les Flors belongs, happily coincided with the festival. And all of them were able to see last night, on Montjuïc, the best showcase of Barcelona’s musical summer.

In a Grec dedicated to Europe, the idea of ​​Cesc Casadesús, its director, was to bring the best dance from the continent but with choreographers who come from abroad and contribute to European culture, such as the American William Forsythe, the totem of deconstructive dance that has lived in Frankfurt all his life, and who presented this provocative and always unexpected and shocking One flat thing, reproduced (2000) with music by Thom Willems.

Or the intense Israeli Sharon Eyal, who in bedroom people (2015) seems to invite us to see the private lives of neighbors. A local figure, the Valencian Marina Mascarell, based in the Netherlands and now a choreographer for the NDT, started the night with a sweet proposal that she left on sad waltz of Sibelius suspended in the atmosphere.

It was not lost on any of the guests at the opening how rare it is for the NDT I to go on tour. And this is one of his first excursions after the pandemic. In fact, its presence at the Grec is due to the rain that fell on this same stage on a summer day in 2019, ruining the performance of the BC Vancouver Ballet, which was then directed by Emily Molnar. The Canadian choreographer then promised to return to the Barcelona festival.

But he immediately assumed the direction of the NDT, where in a pandemic he has dedicated himself to renewing the company and commissioning young choreographers, to recover its original spirit. Which means looking for a balance between the best-known repertoire and the new worlds. The visit he owed to Barcelona has meant, therefore, mobilizing the Dutch company that the Barcelona public has followed so closely since Nacho Duato was one of its figures in the eighties. Proof of this is that the 4,000 tickets for the two inaugural performances sold out in four days.

The arrival at the Grec was a feast of familiar faces. The whole theatrical world had come together, more and more akin to dance

The arrival at the Grec was a feast of familiar faces. The entire theatrical world, increasingly related to dance, had gathered. The actors have discovered that without the body they are nothing and they are curious about the choreography… The political and institutional representation corresponded to the importance of the act. The mayor of Barcelona, ​​Ada Colau, nor the Minister Natàlia Garriga, the deputy mayor Jordi Martí or the president of the Parliament, Laura Borràs, were not absent.

The night remained clear until the closing time of the theater, which to celebrate the end of the pandemic this Grec will last until 2:00 in the morning. Something highly recommended when the dance has triggered the adrenaline. Next week, the unmissable appointment is with Lali Ayguadé at the Mercat, and in a fortnight, with La Veronal at the TNC.

A passenger on the fire train: ‘Seniors told the driver to move on’