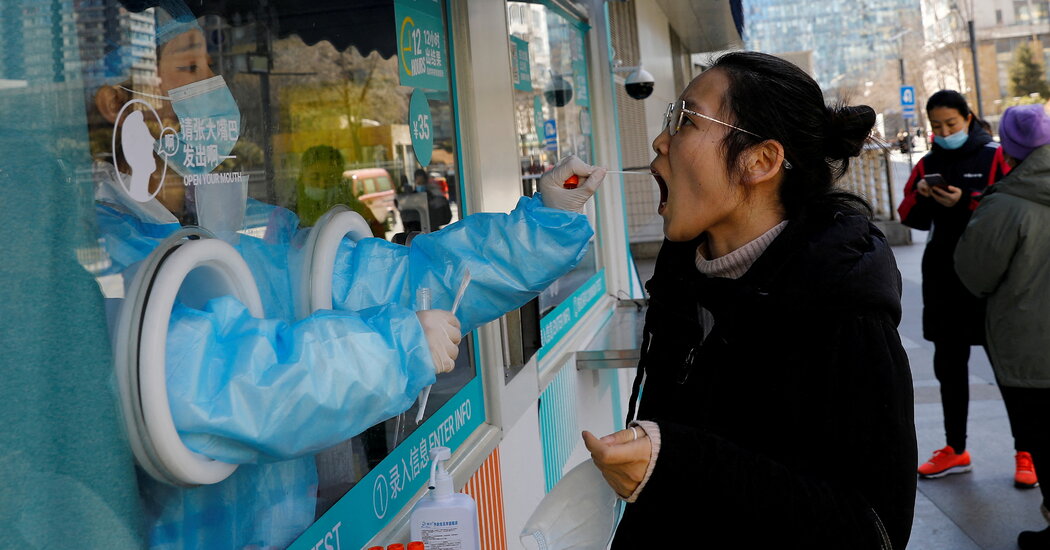 For diners in New York City restaurants starting this week, that is no problem.

To mark the occasion, Rocco Sacramone is planning to put 300 balloons outside his restaurant, Trattoria L’incontro in Astoria, along with speakers that will play Frank Sinatra’s iconic “New York, New York.”

“Spring is in the air, and it could not be a better time for us right now,” Mr. Sacramone said, adding: “We’re back!”

last week, Major Eric Adams confirmed that beginning Monday the city would no longer require patrons in restaurants, bars and gyms and other places indoors to show proof of vaccination against the coronavirus, part of a sweeping rollback of restrictions that includes lifting a mask requirement in public schools.

New Yorkers will still be required to wear masks in a number of settings, including on the subway, and in taxis. Masks and vaccination are still required at Broadway shows through April 30, and individual business owners may continue to require either as they see fit. The city’s vaccine mandates for private employers and municipal workers remain in place.

“We are open for business and NYC has its groove back,” Mr. Adams said on Friday in Times Square, declaring that the city was winning its battle with the virus that has killed tens of thousands of New Yorkers.

The announcement has been met with a mixture of excitement and trepidation.

Some public health experts and local officials have raised concerns that easing restrictions is premature and could send the message that Covid is no longer a risk.

“Like everything else to help the pandemic, specifically, when it comes to Covid mandates, there’s a lot of different opinions and feelings,” said Andrew Rigie, executive director of the New York City Hospitality Alliance, which represents restaurants and nightlife venues. “But the vast majority of people I’ve heard from are relieved.”

The restaurant industry has been one of those hardest hit by the pandemic, forcing many owners to drastically rethink their businesses in order to survive. Many leaned on delivery, some for the first time. Temporary approvals for to-go drinks and more outdoor dining also helped get businesses through the toughest days, and there have been efforts to make both permanent.

But the city’s unemployment rate is still stubbornly high — inflated, Mr. Rigie said, by the many jobs in restaurants and hospitality that have not yet returned.

For many, simply surviving to this point is cause for celebration.

“I feel very grateful to be in our community, because we were being rooted for,” said Kalkin Narvilas, who owns the restaurants Saggio and Uptown Garrison in Upper Manhattan. “So even if it wasn’t enough to let’s say thrive, it was enough to survive.”

Over the past two years, Mr. Narvilas has watched as restaurants that had anchored neighborhoods, and that he had looked up to, closed their doors. He and his staff of him leaned into creative solutions during the early days of the pandemic, he said, and worked hard to make the most tentative pattern comfortable — even using a hospital grade air filter. But even so, he said, keeping up with changing rules had strained the businesses, and he welcomed the lifting of the mandate.

“We have to undo some damage, and it’s not going to be overnight,” Mr. Narvilas said. “But when are you going to start that?”

For some, the change will mean little.

Matthew Chan, who owns the Kosher Chinese restaurant Chop Chop, in the Fort George neighborhood of Manhattan, had to get creative to keep the lights on at his business, which relied heavily on Yeshiva University across the street.

He found himself scouring Facebook groups to find people seeking Kosher Chinese food in communities as far-flung as Silver Spring, Md., and Boston, a pivot he has made permanent. The mandate change has less of an impact now that he spends his days driving orders to customers all over the Northeast.

“People think I’m crazy, but I’m alive and I still can help all my family,” he said.