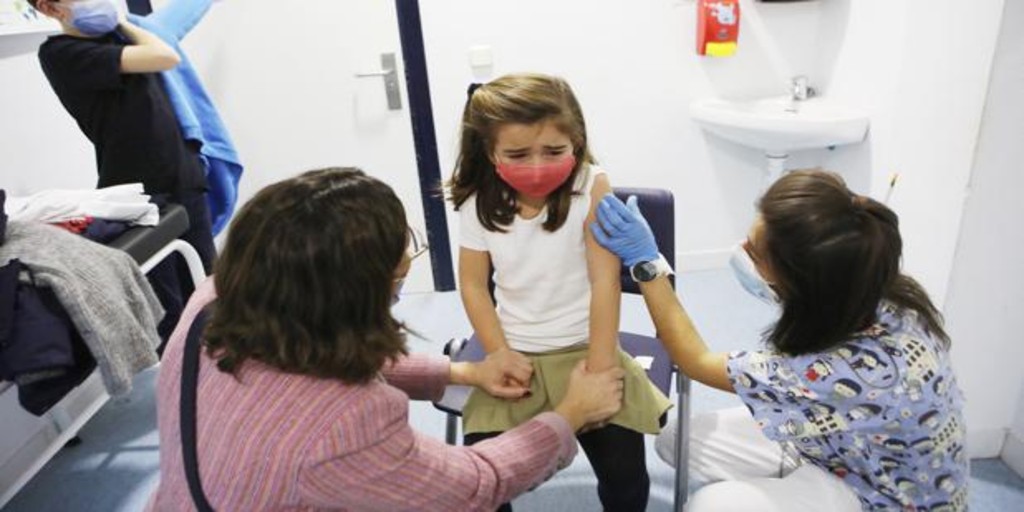 Table Of Contents hide
1. Related news
2. topics
3. Like this:

Covid-19 vaccines reduced by more than half the potential number of deaths during the pandemic in the year following their application, according to an estimate of a mathematical modeling study published today in
“The Lancet Infectious Diseases”.

In the first year of the vaccination program, 19.8 million of the 31.4 million potential deaths from Covid-19 will be averted worldwide, according to estimates based on excess deaths from 185 countries and territories.

High- and upper-middle-income countries accounted for the largest number of deaths averted (12.2 million/19.8 million), highlighting inequalities in access to vaccines around the world.

The report shows that a further 599,300 deaths could have been prevented if the goal of the
World Health Organization (WHO) to vaccinate 40% of the population of each country by the end of 2021.

The study is based on data from 185 countries and territories and is the first to assess deaths averted directly and indirectly as a result of vaccination against Covid-19, using records of Covid-19 deaths and total excess deaths for each country (or estimates when official data were not available).

The study estimates that an additional 599,300 lives could have been saved if the goal of the
World Health Organization to vaccinate 40% of the population of each country with two or more doses by the end of 2021.

“Our results offer the most comprehensive assessment to date of the global impact vaccination has had on the Covid-19 pandemic. Of the nearly 20 million deaths estimated to have been averted in the first year after vaccine introduction, nearly 7.5 million deaths were averted in countries covered by the Covid-19 Vaccine Access Initiative (COVAX). This initiative was launched because it was clear from the start that global vaccine equity would be the only way out of the pandemic.

Our results show that millions of lives have probably been saved by making vaccines available to people around the world, regardless of their wealth. However, more could have been done. If the targets set by the WHO were achieved, we estimate that approximately 1 in 5 of the lives estimated to have been lost to Covid-19 in low-income countries could have been prevented,” says Oliver Watson. lead author of the study,
Imperial College London.

Since the first Covid-19 vaccine was administered outside of a clinical trial setting on December 8, 2020, almost two-thirds of the world’s population have received at least one dose of the Covid-19 vaccine (66 %).

The Covid-19 Vaccine Access Initiative (COVAX) has facilitated access to affordable vaccines to lower-income countries to try to reduce inequalities, with the initial goal of administering two doses of vaccine to 20% of the population of countries covered by the commitment by the end of 2021.

And the WHO expanded on this goal to propose a global strategy to fully vaccinate 70% of the world’s population by mid-2022, with an interim goal of vaccinating 40% of the population in all countries by the end of 2021.

Despite the incredible speed of vaccine rollout around the world, more than 3.5 million deaths from Covid-19 have been recorded since the first vaccine was administered in December 2020.

To estimate the impact of global vaccination programs, the researchers used an established model of Covid-19 transmission using country-level data for officially recorded deaths from Covid-19 that occurred between December 8, 2020, and December 8, 2020. December 2021.

The team found that, much of the officially recorded deaths from Covid-19, an estimated 18.1 million deaths would have occurred during the study period if vaccination had not been applied. Of these, the model estimates that vaccination has prevented 14.4 million deaths, which represents an overall reduction of 79%.

These results do not take into account the underreporting of deaths from Covid-19, which is common in low-income countries.

The team performed additional analysis based on total excess deaths over the same time period to account for this. They found that vaccination against Covid-19 averted approximately 19.8 million deaths out of a total of 31.4 million potential deaths that would have occurred without vaccination, a 63% reduction.

More than three quarters (79%, 15.5 million/ 19.8 million) of deaths averted are due to direct protection against severe symptoms presented by vaccination, leading to reduced mortality rates . It is estimated that 4.3 million deaths averted were due to indirect protection from reduced transmission of the virus in the population and reducing the burden on health systems, thus improving access to health care for those most in need.

According to the study, the impact of the vaccine changed over time and in different areas of the world as the pandemic progressed. In the first half of 2021, the highest number of deaths prevented by vaccination was in lower-middle income countries, as a result of the major epidemic surge in India when the Delta variant emerged.

Subsequently, the greatest impact was concentrated in higher-income countries in the second half of 2021, as restrictions on travel and social mixing were relaxed in some areas, leading to increased transmission of the virus.

For the 83 countries included in the analysis that are covered by the COVAX commitment to affordable vaccines, it is estimated that 7.4 million deaths will be averted out of a potential 17.9 million (41%). However, failure to meet the COVAX target of vaccinating 20% ​​of the population in some countries is estimated to have caused an additional 156,900 deaths. Although this figure represents a small proportion of the total deaths in the world, these avoidable deaths were concentrated in 31 African nations, where 132,700 deaths could have been avoided if the goal had been met.

Similarly, failure to meet the WHO target of fully vaccinating 40% of the population in each country by the end of 2021 is estimated to have contributed to an additional 599,300 deaths worldwide that could have been prevented.

“Our study demonstrates the enormous benefit that vaccines have had in reducing deaths from Covid-19 around the world. Although attention to the pandemic has shifted, it is important that we ensure that the most vulnerable people around the world are protected from the continued circulation of Covid-19 and other major diseases that continue to disproportionately affect the poorest.

Ensuring fair access to vaccines is crucial, but it requires more than just donating vaccines. It is necessary to improve the distribution and infrastructure of vaccines, as well as coordinate efforts to combat misinformation about vaccines and improve their demand. Only then can we ensure that everyone has the opportunity to take advantage of these life-saving technologies,” says Azra Ghani of the
Imperial College London.

The authors point out several limitations in their conclusions. In particular, their model is based on a number of necessary assumptions, such as the exact proportions of the types of vaccines that have been delivered, the manner in which they have been delivered, and the precise time when the new variants of the virus arrived in each country. . They also assumed that the relationship between age and the proportion of Covid-19 deaths that occur among boosted individuals is the same for each country.

In more general terms, the results of the study must wait in the context of the uncertainty when it comes to calculating the true number of deaths from the pandemic due to the difference in the notification of mortality from Covid-19 in each country.

In a linked comment, Professor Alison Galvani, who was not involved in the study, from the Faculty of Public Health of the
Yale University (USA), states that “the saving of more than 19 million lives thanks to the unprecedented speed in the development and use of vaccines against Covid-19 is an extraordinary global health feat. However, millions more lives could be saved with a more equitable distribution of vaccines.”

He adds: “High coverage in an individual country not only benefits that country, but contributes to the worldwide reduction in transmission and the emergence of new variants. A lasting collective response is pragmatically and ethically imperative.

Marriage agencies in the time of Tinder

Do you go to the bathroom with your cell phone?: discover how dangerous it can be for your health