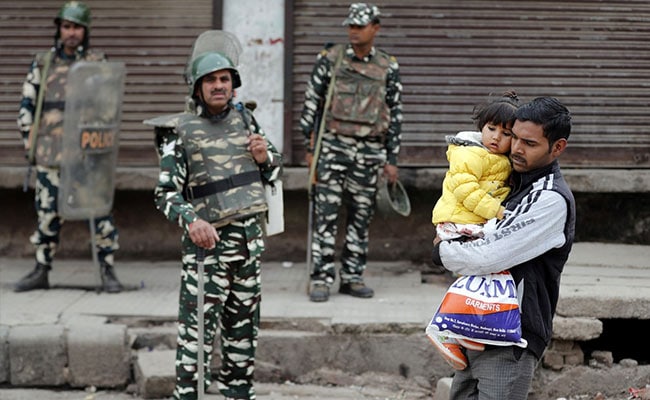 The prosecution said that between 400 and 500 people with wooden and iron bars had gathered in the riot.

The Court formulated the charges against the defendants based on the statement of two public witnesses, Shareem and Sajid, a video containing the images of the defendants, and CFSL’s report of the video.

Regarding the delay in recording the testimony of two witnesses, the Court said: “It should be noted that due to the atmosphere of terror and trauma due to the unprecedented riots that have taken place in the Northeast District of Delhi since the 24.02.2020 to 27.02.2020, the public was left immensely traumatized to the extent that no one was willing to come forward and make a statement to the police regarding the violent incidents they had witnessed.It is for this reason that the delay in registering the statement of the two aforementioned witnesses, in this case, cannot be considered fatal for the prosecution at this stage in which the charges against the accused must be decided.

The Court observed: ”It would be highly unjustified not to believe the witnesses’ testimony at the threshold without proving their version on the cross-examination touchstone during the course of the trial. Therefore, the Court found, prima facie, sufficient material to file charges against the accused persons.

The Special Public Prosecutor (SPP) stated that the three accused were identified, as rioters, vandalized and set on fire in the Janati Mosque on February 24, 2020, by the two public witnesses Shareem and Sajid.

In addition, he stated that the accused persons are clearly seen in the video images. Charges for all crimes mentioned in the charge sheet are brought against all persons.

On the other hand, defense attorneys argued that the defendants along with two minors were detained in this case on March 9, 2020 without evidence against them as of that date. It is admitted that the CD containing the video of the incident was seized by the investigating officer on March 10, 2020.

It was also alleged that the initial statement of charges was presented without any evidence against the accused. Subsequently, two witnesses whose statements were recorded on May 5, 2020 were planted against him. It is a clear case of false implication and therefore all the accused are susceptible to dismissal.

According to the indictment, information was received at the Gokulpuri Police Station on February 24, 2020 that some people are demolishing the mosque on the main road of Gokulpuri, Sabhapur, and 15-20 people were trapped inside the mosque.

The prosecution said that some 400-500 people with wooden and iron bars had gathered at the scene. They were resorting to vandalism and arson in the area.

Consequently, an RIS was registered in this regard. The investigating officer had also prepared the rough plan of the place. No closed circuit television was found installed near the site and therefore no footage could be collected. An agent later received a video from an informant. The video was of the incident in which all of the defendants, including two minors, were seen rioting.