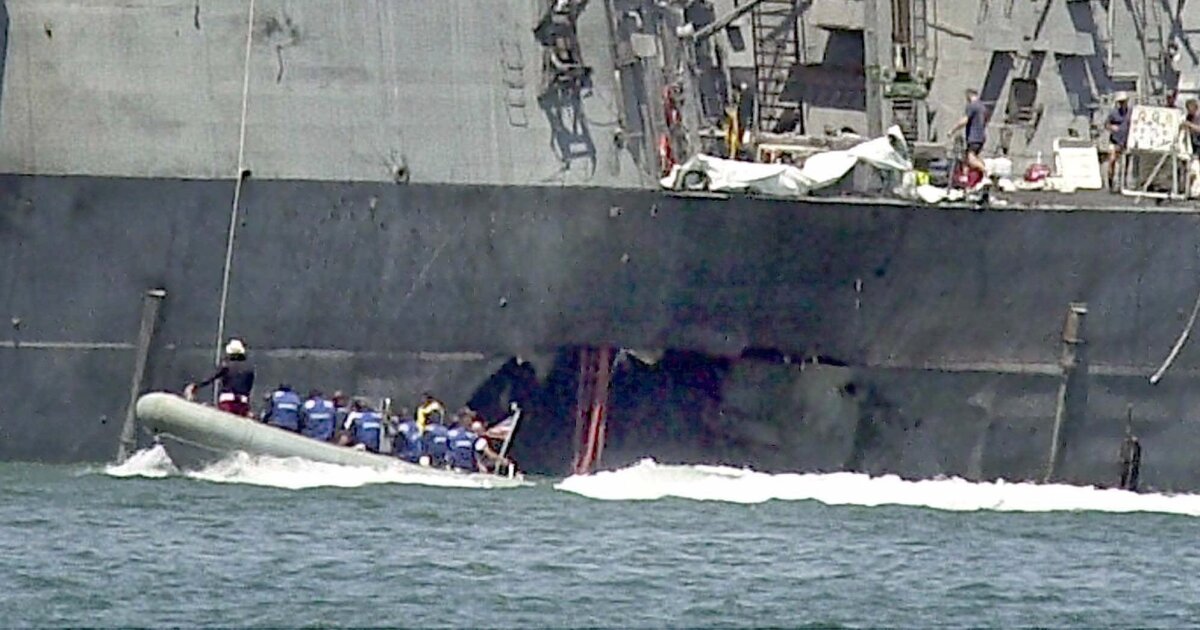 Remember when the George W. Bush administration began sweeping up suspected terrorists and whisking them off, hooded and shackled, to offshore CIA “black sites” around the world where they were tortured into confessing to all sorts of crimes?

So many moral crises have come and gone since then, it is beginning to feel like the distant past.

These days, Bush has retired into the comfortable role of elder statesman. John Yoo, who prepared the legal justification for the torture program, is a tenured law professor at UC Berkeley. Gina Haspel, who oversaw the agency’s black site in Thailand, was promoted to CIA director under President Trump. No criminal charges were pursued against the torturers themselves.

But though some of the actors in the drama have moved on, others are still immersed in it. One is Abd al Rahim al Nashiri, who, two decades later, remains incarcerated in Guantanamo Bay’s Camp 5 awaiting his day in court.

It is generally accepted that the CIA subjected Nashiri to some of the harshest torture of any suspected Al Qaeda terrorist detained during the war on terrorism. Arrested in October 2002—a year after the Sept. 11 attacks — and accused of helping plot the 2000 bombing of the USS Cole, a Navy destroyer, he was shuttled among half a dozen black sites. According to the US Senate Select Committee on Intelligence, he was was hooded, shackled, slammed against walls, denied sleep for days at a time and locked in a tiny, coffin-like “confinement box.” He was held without food, waterboarded, threatened with a pistol to his head at one point and with a cordless power drill at another.

He was fed rectally when he went on a hunger strike; he was scrubbed around the anus and scrotum with a stiff-bristled brush, and then around his mouth. Interrogators threatened to sexually abuse his mother of him. The goal of this treatment, officials said, was to eliminate his “sense of control and predictability” and establish a “desired level of helplessness.”

When it was all over, one assessment concluded that Nashiri had provided “essentially no actionable information” to foil future terrorist plots. Videotapes of his interrogations of him were destroyed by the CIA.

President Obama stopped the torture program in 2009, but the story didn’t come to an end for Nashiri or for those seeking to prosecute him.

The US still hopes to try Nashiri before a military commission, as it should, to determine his role and culpability in the Cole bombing, in which 17 American sailors were killed, and other terrorist activities. If he’s guilty, he deserves to be punished, obviously. But lawyers have been mired for years in pretrial proceedings to address the legal consequences of the years of abuse he suffered, according to Michel Paradis, a human rights lawyer who is representing Nashiri.

Evidence obtained by torture is inadmissible in a military commission trial. As a result, prosecutors have been trying for more than a decade to sift the torture-tainted evidence from whatever clean evidence is available. Nashiri’s lawyers, for their part, can’t yet put together their defense, because they’re still fighting with the government over which details of the torture program are too secret to be divulged in court.

Last week, Nashiri won a legal victory, putting him briefly back in the news. Twenty years after his arrest, it seems the Biden administration has agreed to not use evidence obtained by torture in his pretrial proceedings. That’s a small step forward, but it seems like it should have been obvious from the start. If such evidence is too tainted and untrustworthy to use at trial, why should it be admissible in pretrial arguments?

Today, Nashiri is 57 years old, a middle-aged man who has lived more than a third of his life in detention without trial. A psychologist who is an expert on torture described him as one of the “most damaged“people she has ever treated. For years, I had dreams about being naked, chained and waterboarded, declassified documents showed.

It was 20 years ago this week, in the turbulent aftermath of the Sept. 11 attacks, that President Bush set the torture process in motion. He issued a memo stating that neither Al Qaeda nor Taliban detainees qualified as prisoners of war under the Geneva Convention and that therefore the rules on humane treatment did not apply to them.

What happened next to Nashiri and dozens of others was not just cruel, inhuman, degrading and a violation of international law, but the information it yielded was also both untrustworthy and unusable. As the Senate Intelligence Committee ultimately determined, torture is “not an effective means of acquiring intelligence.” The actions hidden by a grotesque euphemism — “enhanced interrogation techniques” — damaged the United States’ standing in the world, perhaps irreparably.

Don’t let the time that has passed, the official reports or Washington’s current chastened condemnations of torture lull you into thinking we’ve finally closed the book on this ugly chapter of our history. We’re still feeling the aftershocks and paying the price for having lost our moral bearings.