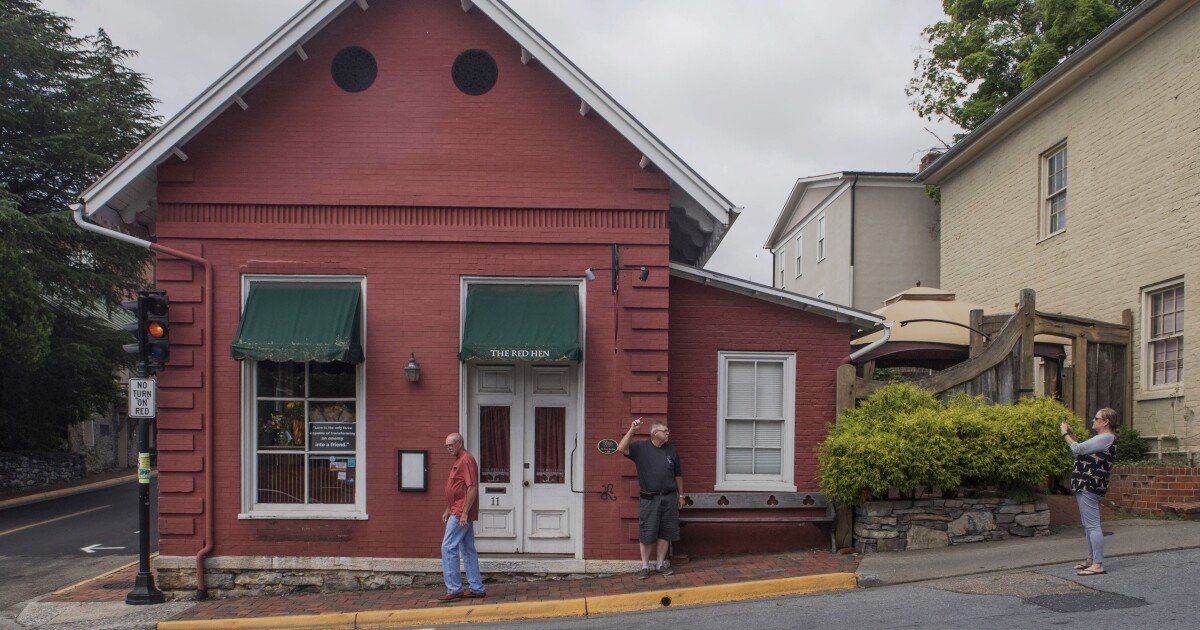 I wrote a column recently in defense of civility in politics. I didn’t argue that you have to be best friends with the people you disagree with, just that you shouldn’t go on Facebook to gloat and crow over the deaths of anti-vaxxers who succumbed to COVID. It seemed pretty obvious to me that saying “screw you” to the dead and their families wouldn’t help anyone get vaccinated or lower the level of vitriol in the country.

But, boy, the blowback was strong. People seemed to think I was a fool, playing by old rules. Civility, they said, is a quaint remnant of a people in the past. Now we’re at war with our political enemies. They don’t play by the rules, and only a sucker would seek common ground or civil relations with such maniacs.

Some of the arguments gave me pause about my position. I do believe Donald Trump is a dangerous demagogue who can’t be dealt with in a rational, civil way, as if he were Dwight Eisenhower. Senate Republican leader Mitch McConnell has so little respect for rules that if Democrats behave like doormats — which I guess is one definition of civility — he will flatten them.

But at the same time, the country cannot move forward if Americans declare war on each other and assume communication is impossible.

Maybe “civility” is a misleading word for what I’m trying to describe. I don’t honestly care if people politely doff their hats at each other or shake hands cordially or if politicians call their adversaries on the other side of the aisle “my distinguished colleague.”

But civility is a stand-in for something else; it’s a symbol of the behaviors that must be revived if we’re going to make American democracy work again. Cooperation and a willingness to listen to those with whom we disagree. Debate and deliberation in our political process. A readiness to compromise up to a point and an adherence to agreed-upon rules and norms. A shared understanding of basic facts and truths.

We don’t have to like each other or back down from what we, but we do have to believe to overcome the gridlock caused by extreme polarization, bitter partisanship and tribalistic politics.

That should be the goal, anyway, because the alternative is collapse. Once you’ve learned to disrespect your adversaries, how big a step is it to dehumanize them? That way lies chaos.

Polls already show Americans don’t just disagree with their political opponents, but distrust, dislike and wish harm on them. I don’t want to sound histrionic, but how long before we see more incidents like the one last summer outside LA City Hall where a man was stabbed during a clash between pro-mask and anti-mask demonstrators?

The decline of civility in our political process is not just a Trump-era phenomenon, though Trump made things far worse. Its roots go back before Jan. 6, before Sarah Huckabee Sanders was asked to leave the Red Hen restaurant in 2018, before the rise of social media or cancel culture or Fox News or rowdy protests at officials’ homes. It goes back before South Carolina congressman Joe Wilson shouted, “You lie!” at President Obama in 2009. It dates at least to House Speaker Newt Gingrich, to the Robert Bork Supreme Court confirmation hearings, to the rise of Rush Limbaugh and Howard Stern.

Yes, I’m aware that the blame for the breakdown, as Norman Ornstein and Thomas Mann have shown, lies disproportionately with Republicans. They’re farther down this dangerous path. Their extremists are the ones legislating voter suppression, perpetuating the fantasy that the 2020 election was stolen, denying science and undoing norms and institutions at a rapid pace.

But if that’s the case, Democrats should work twice as hard to find Republicans they can work with or who see the value in compromise. There’s got to be more to the Republican Party across the country than Sen. Josh Hawley or Reps. Matt Gaetz and Marjorie Taylor Greene. And if there’s not, well, at least they looked.

I’m not advocating engagement with insurrectionists, white supremacists, election manipulators or QAnoners, but with reasonable people wherever they can be found. I personally think Rep. Liz Cheney (R-Wyo.), with whom I disagree on almost everything other than Trump, is a brave woman. I don’t like where Sen. Susan Collins (R-Maine) comes down on many issues, but of course Democrats should work with her.

Democracy requires unsavory alliances and unpleasant compromises. It’s messy and often unfair. There are many obstacles that tip the playing field: money in campaigns, the power of special interests, partisan redistricting, the Senate’s undemocratic structure.

But working to fix those problems, where possible, is a better option than letting divisions grow even larger.

And it doesn’t require Americans or their elected representatives to betray their principles. if you’re a politician, fight hard for the best deals you can get. If you’re a citizen, then persuade others, register voters, turn out bodies on election day, battle for control of Congress. Wave banners in the streets, shout slogans and name names.

None of that is at odds with a working democracy.

But democratic institutions cannot function if we don’t listen, cooperate, play by the rules and recognize the humanity of those who disagree with us.