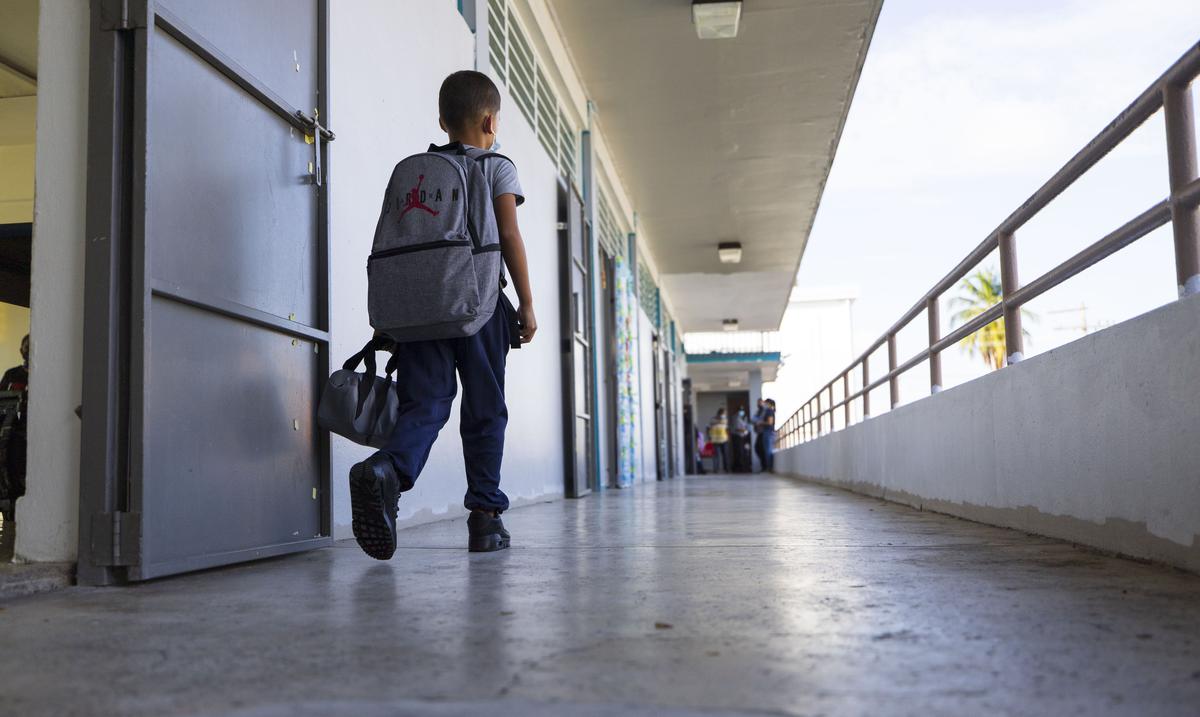 As of tomorrow, Thursday, 88 public schools in the regions of San Juan, Huamacao, Bayamón, Arecibo and Mayagüez will resume their calendar of face-to-face classes for students, the Education Secretary, Eliezer Ramos Parés, confirmed.

“It is not the largest number in the world, but we want to start over. We have exercised caution in this analysis and we have excluded municipalities that are still practically participating in an emergency, for recovery or access. facing the issue,” the secretary said in an interview new day,

Earlier, the headline speculated that the agency would evaluate a return to face-to-face classes in 149 schools this Wednesday. Hurricane Fiona in Puerto Rico, and that classes would resume in schools that were ready.

“The entire staff was called in to conduct a thorough inspection, get the details and decide this afternoon whether those 149 schools can open tomorrow and start receiving students,” Emphasized first.

Of the 149 who were assessed, Ramos Pares acknowledged that “there are a large number of people who do not have electricity service.” The current total number of schools in the public system is 860, so the 88 schools reopening from tomorrow represent 10%. At the time of this edition, the agency had not provided a list of those premises.

The minister said the school calendar in those 88 schools would not be affected, but he did not rule out that there are schools in which the end date of the semester may be changed, depending on whether they choose their school. When do you resume activities? , to ensure that the entire syllabus is covered. Schools will open, “to the extent that we make progress on water, electricity and accessibility issues, and our children lose as little time as possible in school hours.”

The Secretary reiterated that the installation of electricity and drinking water services in schools are important elements in determining whether classes will take place or not.

“We do not want there to be no sanitation, no water, no light. We know that high temperatures are affecting some municipalities as well, we are considering all these elements. Likewise, there is the potential that this community has to start receiving students,” Ramos Pares said.

In areas primarily affected by the storm, there are also schools that are still used as shelters and others that were affected by the floods, but “very few,” he said. Education will identify an alternative plan for those schools to allow the school community to resume work and classes, while the situation in those schools can be assessed and addressed.

The Secretary indicated that the impact assessment is done by the municipality and then the employees are called to the schools and inspected in the schools. Staff from any schools in the Ponce and Mayagüez regions – except for two that will resume classes tomorrow – have been called.

“We have called on empathy, all supervisors and all managers to take into account the individual situations of our employees and the families we have to serve,” he said. “I aim to stabilize the system in a week already,” he insisted.