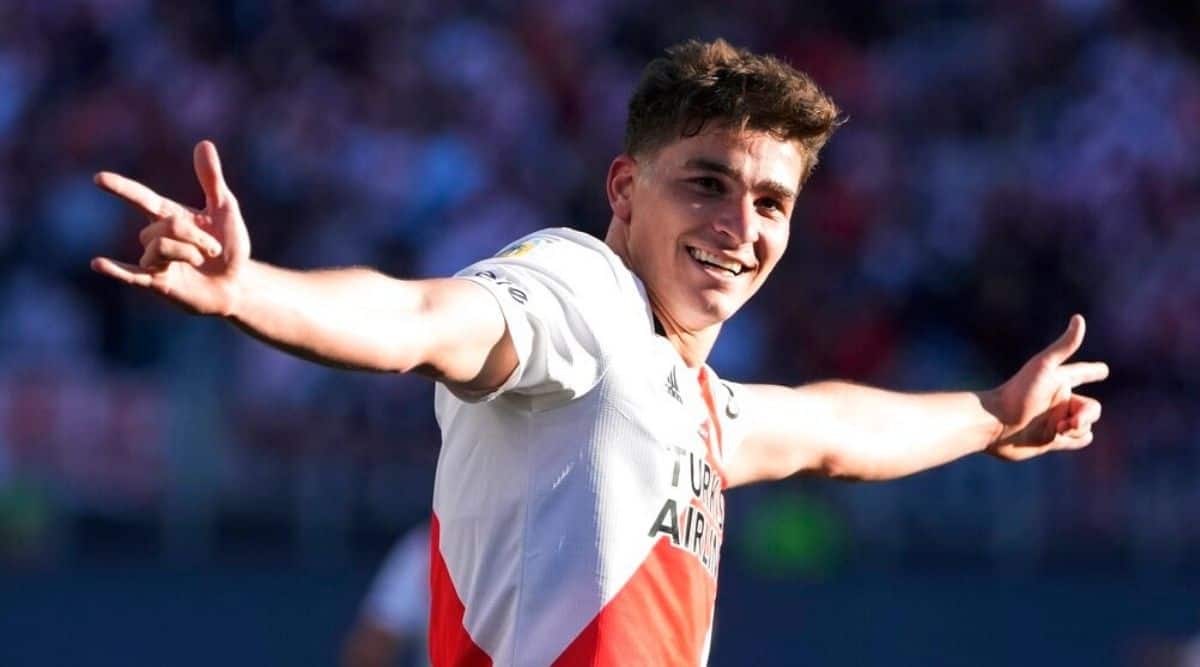 Julián Álvarez, considered one of the hottest prospects in South American football, signed for Manchester City on Monday from River Plate in a transfer that the Argentine champions say marks the start of a close relationship between the two clubs.

City reportedly paid 14.1 million pounds ($19 million) for the 22-year-old Alvarez, who played five times for Argentina and helped River win the domestic title last year when he scored 26 goals in all competitions for club and country.

Álvarez, who is predominantly a centre-forward but someone City believe can play in a variety of attacking positions, will remain at River on loan until at least July.

“For us it is a pride that one of the most important clubs in the world has been interested in a player like Julián Álvarez”, said River.

“It is a milestone”, added the club, “which marks the beginning of the link between River Plate and Manchester City, which we hope will bear much fruit for both clubs”.

The signing of an Argentine striker will not go unnoticed by City fans, who said goodbye to another – Sergio Agüero – at the end of last season after 10 trophy-filled years at the club. Aguero joined Barcelona and has since been forced to withdraw due to heart problems.

Álvarez still has a lot to prove but he was a key player in River and was part of the Argentine team that won the Copa América in Brazil last year.

“We strongly believe he is one of the best young strikers in South America,” City director of football Txiki Begiristain said. “I am very happy that we were able to bring him to Manchester City.

“I truly believe that we will be able to provide him with the necessary conditions for him to reach his highest potential and become one of the best players in the world.”