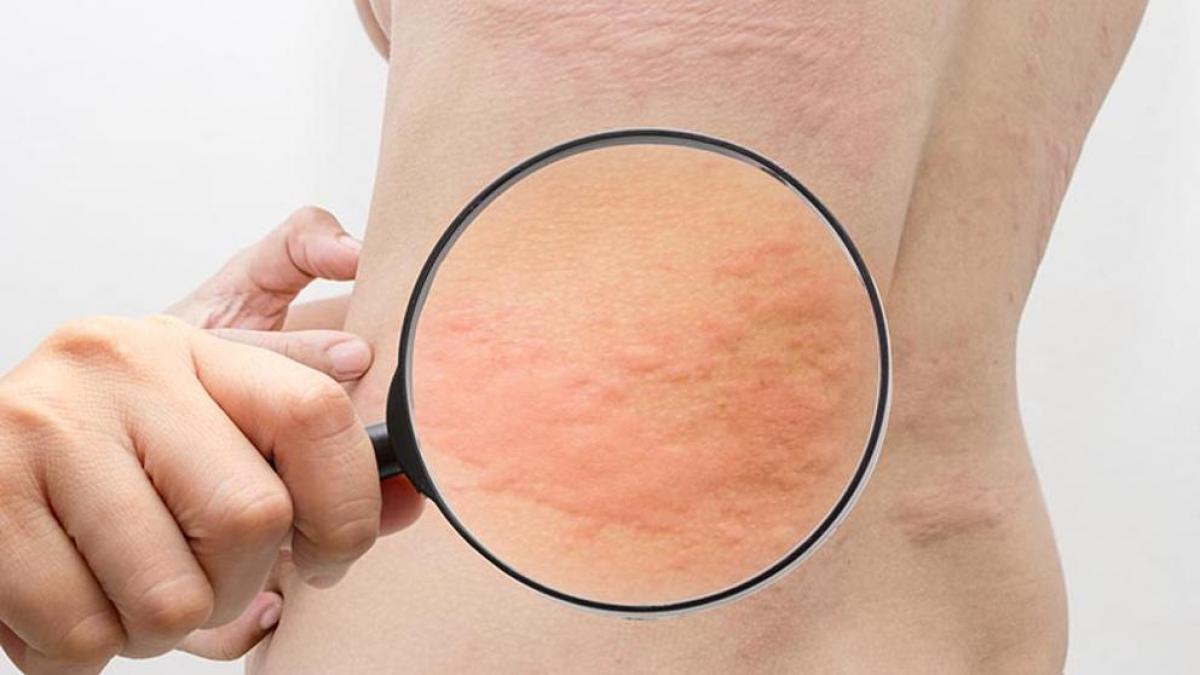 
The chronic hives groups a set of skin alterations that manifest in the form of welts that can appear all over the body and cause itching, sometimes accompanied by swelling. It is estimated that two out of ten people will suffer from this disease at some point in their lives. The various types of hives are classified based on their duration.

Hives that last less than six weeks are called acute urticaria. Chronic urticaria lasts six weeks or more and appears to appear on a daily basis. Within the type of chronic urticaria we distinguish the spontaneous ones, which appear without triggers and are the most frequent. And on the other hand, there are the inducible ones, which are those that have a clear cause such as cold, physical exercise, an allergy or an increase in temperature, among many other reasons. In the case of an allergic trigger, it is necessary to visit the doctor to identify the specific cause and thus be able to avoid contact with what produces the reaction.

Chronic urticaria has no cure, so treatments are focused on controlling symptoms and mitigating their effects. In a majority of cases, the symptoms remit spontaneously before five years, but in 11% the prevalence is greater than that period. The impact of this pathology on the quality of life of patients is high.

90% of patients affirm that the symptoms are limiting and evidently to many daily activities such as sleeping, playing sports, working or having sexual relations. Practically 25% of sick people cannot go to work at least once a month.

The most obvious symptoms of chronic urticaria are the appearance of welts and swelling. Welts or wheals are raised lesions of variable sizes that produce itching or a burning sensation. Normally, an erythema or reddening of the skin near the wheal can be observed. Most often, the hives disappear in less than 24 hours, but later appeared elsewhere on the body.

Swelling or angioedema is an injury that affects the deeper layers of the skin. It is a swelling in loose areas of the skin such as the lips or eyelids. This swelling can have different levels of intensity, even causing a complete deformation of the area of ​​the body where it appears. It usually disappears in a period that goes from 48 to 72 hours.

These clear symptoms facilitate diagnosis, but health professionals perform a series of tests to rule out other diseases that have similar reactions in the patient’s body. Chronic urticaria occurs especially in adults, and preferably in women, although it can also occur in children. In Spain there are more than 250,000 people with chronic urticaria.

To mitigate the effects of this disease, non-sedating H1 antihistamines are mainly used, which serve to control and prevent skin lesions. The initial dose is usually low, but if the desired effect is not achieved, the dose can be increased, always under strict medical supervision. If they are found without remitting the symptoms, biological treatments or the administration of immunosuppressants can be used.

There are also a series of habits and guidelines that help to better cope with the disease. Obviously, it is necessary to avoid being in contact with substances or foods that produce allergic reactions. As far as possible, stress should also be avoided. Lastly, hot showers or baths are not recommended after the appearance of an outbreak, as they can cause them to reappear.

In general, the prognosis for chronic urticaria is good, but patients may continue to have repeated outbreaks for a long time. In these cases, a more detailed study is required to rule out possible triggering factors.