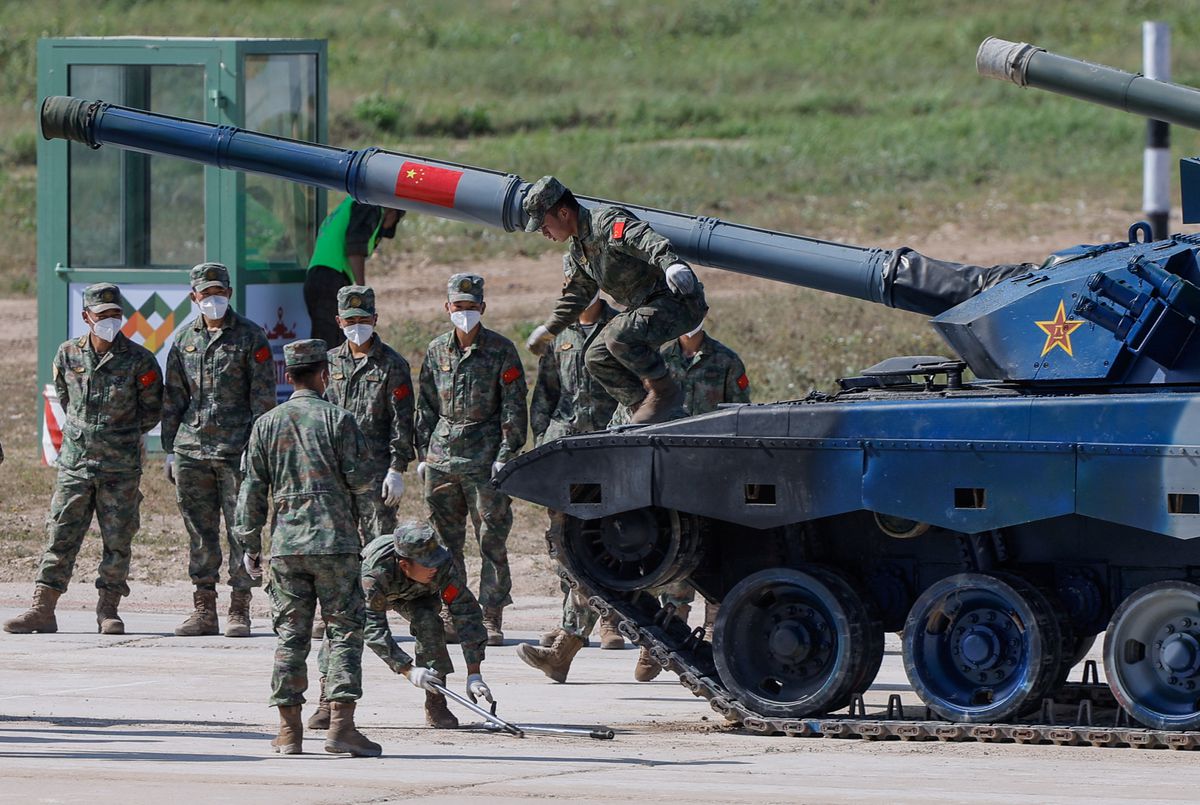 Table Of Contents hide
1. friends, though at a cost
2. Russia and China, an “unbreakable” unity
3. nuclear threat
4. Like this:


Chinese soldiers will train shoulder to shoulder with Russian troops in one of the most important military exercises for Moscow. The Asian giant’s defense ministry has announced that the People’s Liberation Army (its armed forces) will participate in the Vostok 2022 strategic exercise, the maneuver announced a year ago with great fanfare and will involve with Indian soldiers, Belarus, Tajikistan and Mongolia. However, the stoppage of the war in Ukraine hinges on military exercises that have recently been demonstrated by the Russian Armed Forces.

The exercise will take place in Russia from August 30 to September 5 at 13 locations in the Far Eastern Military District. In its note, the Chinese military portfolio assures that these joint tests are part of the bilateral cooperation agreement between the two powers and insist that “they are not related to the current international and regional situation.” According to the text, the aim is to “deepen practical and friendly cooperation of the participating armies, improve the level of strategic coordination, and strengthen the ability to respond to various security threats.” China first participated in the Vostok (east, in Russian) exercise in 2018, the year it sent 3,200 troops, 1,000 weapons, 30 aircraft and helicopters.

These are the first large-scale military exercises The training with which Russia hid its huge deployment around Ukraine before launching his offensive on 24 February. Units of the Far Eastern Military District that have not been sent to the front will take part, as well as the airborne armies, one of the most punished and long-range aviation at the beginning of the conflict.

“Note that only a part of the Armed Forces of the Russian Federation participates in special military operations (the offensive on Ukraine), and their number is sufficient to fulfill all the tasks set by the Supreme Commander-in-Chief (Vladimir Putin) )”, the Defense Ministry assured in a statement to justify these exercises announced a year ago while their military operation continues without a clear horizon.

The maneuvers will be directed by the second command, the Chief of the General Staff of the Russian Armed Forces, Valery Gerasimov, who has been withdrawn to a prudent background, not appearing in the press, as the first setbacks suffered. War about half a year ago.

friends, though at a cost

The announcement comes after two weeks in which China has been organizing Unprecedented military exercises around TaiwanIn response to a controversial visit to the island by the Speaker of the United States House of Representatives, Nancy Pelosi, and, more recently, to A delegation of five US Congressmen, The Asian giant, which considers Taiwan an inseparable part of its territory and whose reunification is “a historic mission”, regards visits by high-ranking foreign officials to the island as a message of support for independence.

Putin called Pelosi’s 19-hour stopover in Taipei this week as a “carefully planned provocation” by the United States whose sole purpose was to spread chaos in the region. “The United States has once again added fuel to the fire by provoking the situation in the Asia-Pacific region,” the president said at a congress on international stability, where he criticized the West for creating its own bloc, such as That Aukus (Australia, United Kingdom, USA), “in analogy to NATO in Europe”.

China’s foreign ministry on Wednesday welcomed the comments, saying they demonstrate “high-level strategic coordination” and “the strong support the two countries have extended to each other on issues related to their core interests.”

Russia and China, an “unbreakable” unity

Beijing and Moscow closed ranks against the common enemy, the United States, in the Chinese capital on 4 February, when Xi Jinping receives his Russian counterpart Before the opening of the Winter Olympics. That long-awaited meeting, the Chinese leader’s first face-to-face with any other president since the start of the pandemic, was an “unprecedented” and “unbreakable” display of unity in the two leaders’ words.

The two countries have strengthened their ties over the past eight years. Russia will occupy Ukraine’s Crimean peninsula And Beijing helped Moscow economically and diplomatically with a gas purchase agreement. But the joint statement in February took a major step forward in this regard, as it represented a clear rejection of the United States-led global order. China declared its outright opposition to NATO expansion for the first time; And Russia, up to Auks. In addition, Moscow declared that Taiwan is part of Chinese territory, one of the great political priorities of the Xi government. The two presidents made it clear that the relationship between their governments “has no boundaries.” So much so that China has refused to publicly criticize or support the Russian invasion of Ukraine, which began 20 days after that meeting.

Although Beijing has criticized Western governments for cutting trade ties with Russia, the Asian superpower is taking advantage of the situation. “Chinese companies are actively buying raw materials because, due to sanctions, Russia is forced to sell to the EU at a steep discount,” admits Russian bank Tinkoff in a market analysis. For their part, metallurgical companies “sometimes have to sell products to China for less than they cost.” Depending on the region, the discount on hydrocarbons reaches up to 50% compared to the market.

The Vostok exercise will be the second joint exercise that Russia and China have conducted this year. In May, bombers from both countries flew near Japan and South Korea, forcing the two Asian countries to deploy their respective fighters in response. coincided with those 13 hours of maneuver US President Joe Biden’s visit to TokyoOn the sidelines of the Quad (Australia, India, Japan and USA) leaders meeting. A year ago, China and Russia conducted joint training involving more than 10,000 soldiers in northern China.

The United States has also recently conducted similar military exercises in different parts of Asia. US Army soldiers have held drills with allied forces including Australia and Japan in Indonesia and in South Korea, where hundreds of activists took to the streets of Seoul in protest.

The Belarusian regime will send a testimonial contingent to Vostok in 2022 to reinforce the message that Russia has support. About 250 personnel from the Belarusian Mechanized Brigade will take part in the exercise, the first major since the February maneuver, which serves as a platform to launch its offensive towards Kyiv on the shortest front, crossing the Chernobyl area. does. Precisely nuclear power plants are being used as a means of extortion years later. The Russian Defense Ministry has warned that the massive plant in Zaporizhia could be bombed this Friday, which coincides with the visit of UN Secretary-General Antonio Guterres to Ukraine.

Once again, Moscow accused Kyiv of preparing an alleged “provocation” to blame Russia, however. Ukrainian President Volodymyr ZelenskyThe U.S. has condemned that the latest attacks launched against a radioactive material storage area came as “blackmail” from the Russian military against its country. The head of the International Atomic Energy Agency, Rafael Grossi, for his part has condemned that the risk around the plant, which houses six reactors, is “serious”.