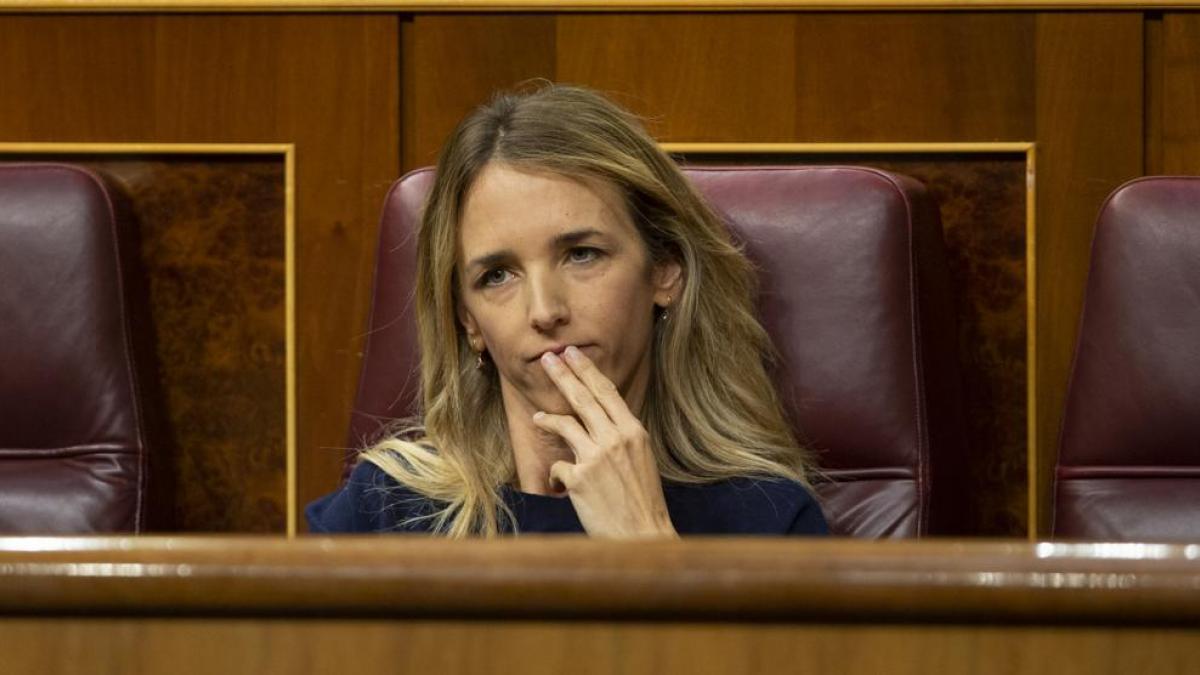 Table Of Contents hide
1. Vox did not want to talk to the PP about a transaction that spoke of all the measures that can be taken before 155
2. The PP voted against Vox’s proposal, except for Álvarez de Toledo, who voted in favor
3. Feijóo advocates “cordial bilingualism” in Catalonia and going to court to enforce the law
4. Fine of up to 700 euros for breaking voting discipline
5. Like this:

The former spokeswoman for the Popular Group in Congress, Cayetana Álvarez de Toledo, has once again struck a note and distanced herself from her colleagues in the parliamentary group and has broken voting discipline. And it has done so in a very sensitive matter for the PP, the defense of Spanish in Catalan schools, at a time when Vox is trying to take advantage of the absence of Alberto Núñez Feijóo last Sunday, at the Barcelona demonstration, to give understand that the PP shows weakness in this matter.

The Congress of Deputies today debated a non-law proposal presented by Vox regarding the “adoption of measures to defend the right to education in Spanish” in which it urged the Government to “promote the necessary legislative and regulatory changes for the materialization of the constitutional principles contained in articles 3 and 27 of the Constitution”, and for what he proposed, among other things, the application of article 155, to enforce the law.

The PP had presented an amendment to the Vox text, with the intention of compromising the content. An amendment in which the popular underlined that the Government still had, before applying article 155, which are big words, numerous measures to adopt so that Spanish is the vehicular language in Catalonia and is not treated as a foreign language, which is what Feijóo has denounced.

Among these measures, the PP criticizes the Government for not having presented an appeal of unconstitutionality to the decree of the Government of the Generalitat that eliminates the minimum percentage of classes that must be given in Spanish, so as not to have to comply with the sentence of the Superior Court of Justice of Catalonia , which requires that at least 25% of the classes be given in Spanish.

The PP voted against Vox’s proposal, except for Álvarez de Toledo, who voted in favor

But Vox, according to PP sources, did not even want to enter into negotiations on the amendment presented, because the only thing it wanted was the application of article 155 of the Constitution, intervening in the Generalitat and thus being able to apply teaching in Spanish. A position with which the PP considers that those of Abascal the only thing they wanted was to be able to put the PP in a bind, denouncing that it does not maintain a harsh discourse against the Generalilat.

For this reason, and while the PP voted against the Vox bill, the former spokesperson for the Popular Group in Congress and deputy for Barcelona, ​​Cayetana Álvarez de Toledo, voted in favor of the Vox initiative, thus distancing herself from the line PP official, marked by Alberto Núñez Feijóo, who speaks of a “cordial bilingualism in Catalonia”, as he applied in Galicia, and which consists of teaching half of the teaching hours in Catalan and half in Spanish, and then each citizen, knowing the two languages ​​on an equal footing, uses the one he or she deems appropriate.

A position that Vox considers soft and that does not defend Spanish, which forced the president of the PP, last Sunday, to ensure that his party will go to court to defend the teaching of Spanish in Catalonia, as he did with his appeal of unconstitutionality to the decree that eliminates 25% of Spanish, and that has been admitted for processing by the Constitutional Court. In that same act, the president of the PP stressed that when he is in government he will use “all the tools of the rule of law to achieve linguistic cordiality in Spain.”

The PP did not want to pronounce today on the rupture of the voting discipline by Cayetana Álvarez de Toledo, something that will be dealt with internally in the Group, assured the sources consulted. The popular do not want to give much hype to the matter, to avoid making more publicity than the fact of the vote against the PP supposes, and will first listen to the deputy before taking a measure.

Fine of up to 700 euros for breaking voting discipline

According to the internal regulations of the Popular Group, which divides the sanctions into minor, serious and very serious, breaking the voting discipline consciously, that is, without it being the product of an error, would mean a fine of up to 700 euros.