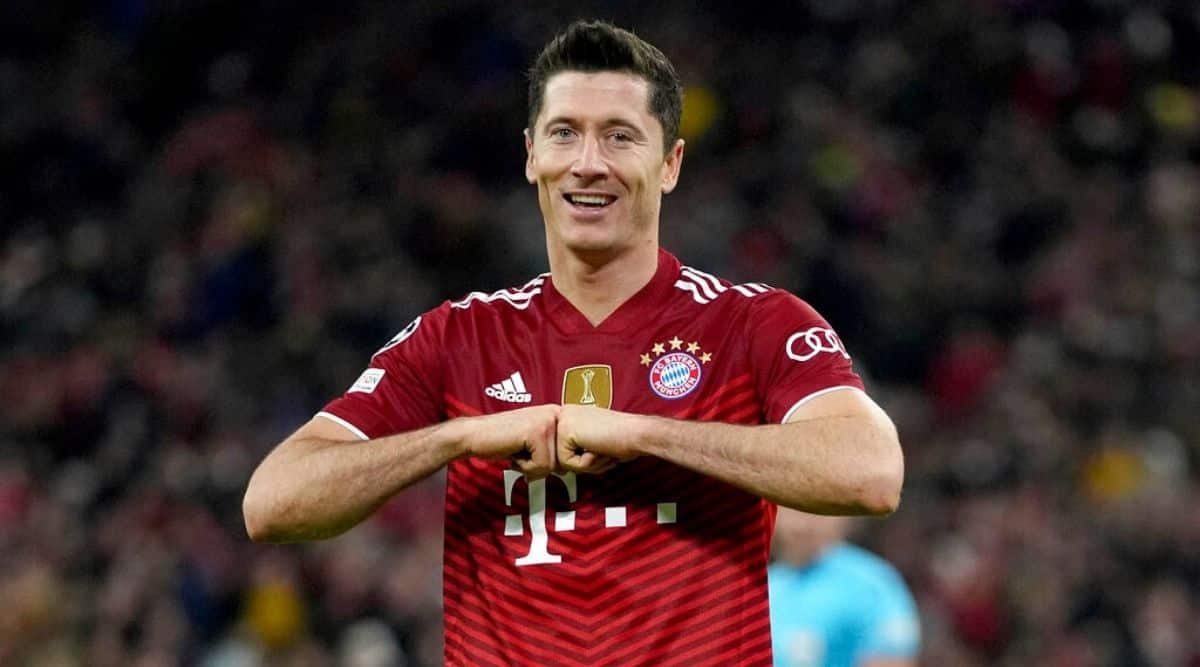 The Poland star scored his 24th goal in 21 games to help Bayern Munich extend their Bundesliga lead to nine points with a 3-2 win over visiting Leipzig on Saturday.

Lewandowski, who had not scored in a 4-1 win against Hertha Berlin before the international break, received a precise cross from Kingsley Coman with a hard header to give Bayern a 2-1 lead over Leipzig before the break. .

He was typical of Bayern, responding when necessary against an energetic team from Leipzig.

Thomas Müller opened the scoring in the 12th minute, finishing off the rebound after Péter Gulácsi saved Lewandowski’s early effort.

André Silva equalized in the 27th, passing the ball over the line after good work from Konrad Laimer and Christopher Nkunku.

Müller had a goal disallowed via VAR for a Lewandowski foul in the build-up, but Lewandowski made amends by restoring Bayern’s lead in the 44th minute.

Laimer set Nkunku up for the equalizer in the 53rd with a brilliant through ball down the left. Nkunku kept his cool before shooting through Manuel Neuer’s legs.

Bayern responded again in the 58th minute when Josko Gvardiol deflected Serge Gnabry’s cross into his own net.

Bayern also had Neuer to thank for five fine saves to keep Leipzig out. Neuer, 35, equaled former Bayern goalkeeper Oliver Kahn’s record of 310 Bundesliga wins and has 13 more rounds this season to surpass him.

“I thought he could leave me a record,” joked Kahn, who is now Bayern’s general manager.

Borussia Dortmund can restore the six-point gap with a win against visiting Bayer Leverkusen on Sunday.

Bayern’s stadium was lit up in lilac to commemorate the victims of the Holocaust. Up to 10,000 fans were allowed in after authorities relaxed Wednesday coronavirus Restrictions for large outdoor events.

Gladbach have at least ended their three-match losing streak in all competitions, but coach Adi Hütter remains under pressure with the team just two points from the relegation zone.

Janni Serra opened the scoring in the 19th minute when she eluded three Gladbach defenders and fired into the left corner.

The home team were by far the better side until Alassane Plea leveled with a diving header to Jonas Hofmann’s dismissal in the 38th.

American defender George Bello made his Bundesliga debut following his transfer from Major League Soccer’s Atlanta, coming on for Bielefeld in the 71st minute.

But Gladbach could have gotten a late winner, and Hofmann in particular failed to capitalize on some good counter-attacking opportunities.

Marcus Thuram fired the last chance for Gladbach, who are also looking for a new sporting director after Max Eberl’s decision to resign last week due to a build-up of stress and exhaustion after nearly 14 years on the job.

Union Berlin remained fourth despite losing 2-0 at Augsburg in their first game since top scorer Max Kruse left the club.

“He is a player who makes a difference, but there is no point in talking about him because he is no longer with us,” Union manager Urs Fischer said of Kruse.

Freiburg remained fifth despite their 1-0 loss in Cologne. Cologne was left without their coach Steffen Baumgart for COVID-19. But he welcomed 10,000 fans.

Ajdin Hrustic’s second goal proved to be the victory for Eintracht Frankfurt, who won 3-2 in Stuttgart, as Mainz beat visiting Hoffenheim 2-0.