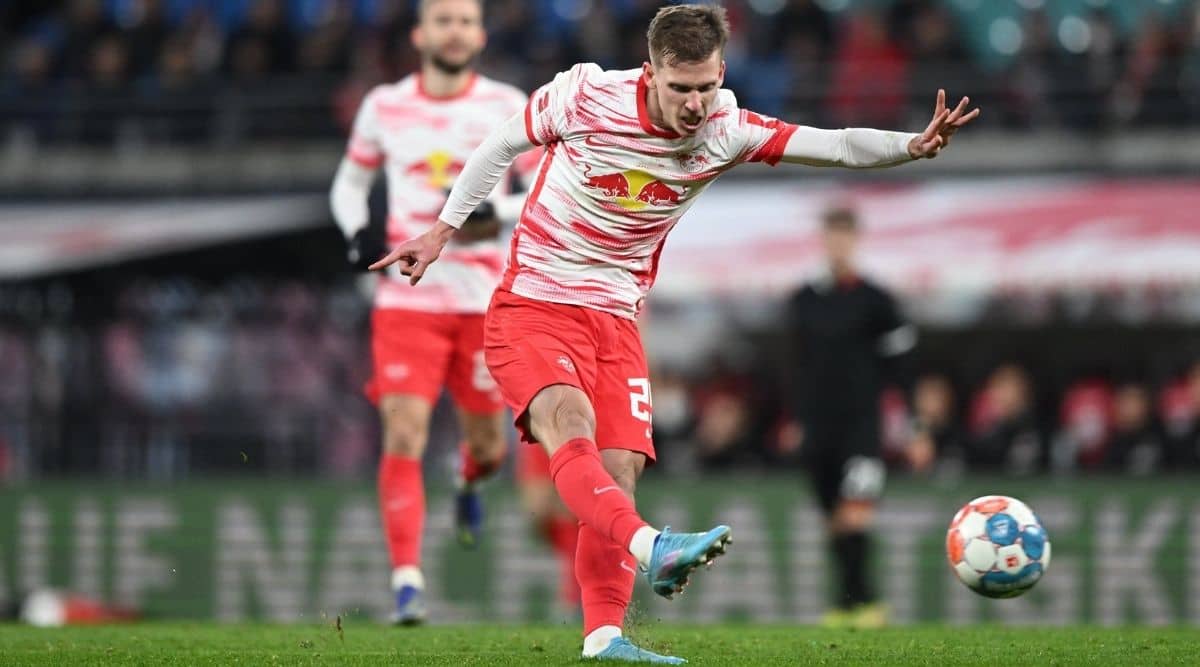 Leipzig bounced back from their narrow loss to Bayern Munich by moving up to fourth place in the Bundesliga after beating visiting Cologne 3-1 on Friday.

Goals from Christopher Nkunku, Dani Olmo and Angeliño helped the home team overtake Colonia, who had been sixth, and move into the final Champions League qualifying spot for the remainder of Matchday 22.

It’s where the energy drink-backed club hope to be at the end of the season after reaching the Champions League in each of the last three seasons.

Leipzig had a rocky start to the season under American coach Jesse Marsch but appear to be getting back on form under his successor Domenico Tedesco, who took over in December.

Leipzig have won four of their last five games with last weekend’s 3-2 loss at Munich the exception, and won six of nine games under Tedesco.

Nkunku rewarded the home team’s dominance with the first goal from a perfectly executed free-kick over the visiting players’ line in the 25th minute. Olmo struck at the far post in the 54th minute and assisted fellow Spaniard Angeliño to seal the result. in a counterattack three minutes later.

Cologne substitute Tim Lemperle marked the visitors’ well-deserved consolation with a header to a corner in stoppage time.

Cologne were without top scorer Anthony Modeste, who was out with an unspecified illness. The French striker has scored 14 of Cologne’s 34 league goals.

Up to 15,000 supporters were allowed in the stadium under new relaxed conditions. coronavirus restrictions