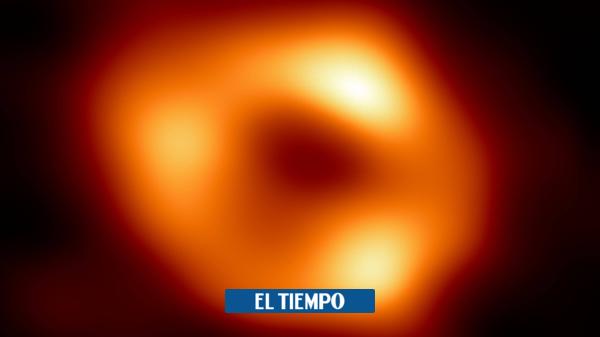 Table Of Contents hide
1. also search in science
1.1. Like this:


A team of astronomers, via Large Atacama Millimeter/submillimeter Array (ALMA)that is located in the desert of Chile, revealed Hints of a “hot spot” orbiting Sagittarius A*, the black hole at the center of our galaxy.

The discovery helps to better understand the enigmatic and dynamic environment of our supermassive black hole.According to a statement issued today by European Southern Observatory (ESO).

“We believe that we are the first A bubble of hot gas is moving around Sagittarius A* “Mercury in an orbit similar in size to the planet, but making a complete loop in about 70 minutes,” says Maciek Vilgus of the Max Planck Institute for Radio Astronomy in Bonn, Germany, and leader of the study published today. Astronomy and Astrophysics”.

According to the scientist, “this requires an amazing speed of about 30% of the speed of light.” The observations were made with ALMA during a survey campaign. Event Horizon Telescope (EHT) Collaboration To get pictures of black holes; In April 2017, EHT connected eight radio telescopes around the world, including ALMA, resulting in the first recently published image of Sagittarius A*.

To calibrate the EHT data, the team around Wielgus used ALMA data recorded together with EHT observations of Sagittarius A* and, to their surprise, more clues to the nature of the black hole are hidden in the ALMA-only measurements. Were. ,

Coincidentally, some observations were made shortly after the burst or flare of X-ray energy from the center of our galaxy was detected NASA’s Chandra Space Telescope.

These types of flares, previously observed with X-ray and infrared telescopes, are thought to be associated with so-called “hot spots”, bubbles of hot gas that orbit very rapidly and close to the black hole.

According to Vilgus, who is also affiliated with the Nicolaus Copernicus Astronomical Center (Poland) and the Harvard University Black Hole Initiative (United States), “What’s really new and interesting is that so far, such flares have only been apparent. X-ray and infrared observations of Sagittarius A*”.

“Here we see for the first time a very strong indication that orbiting hot spots also exist in radio observations,” he says.

In the opinion of Jesse Vos, a doctoral student at Radboud University (Netherlands) and a participant in this study, “perhaps these hot spots detected at infrared wavelengths are a manifestation of the same physical phenomenon.” Thus, “as the infrared-emitting hotspots cool, they appear at longer wavelengths, such as those observed by ALMA and EHT,” he adds.

As well as the first two images of a black hole.

The flares were long thought to arise from magnetic interactions in the very hot gas very close to Sagittarius A*, and new findings support this idea.

“We now find strong evidence for the magnetic origin of these flares and our observations give us a clue about the geometry of the process. The new data is extremely useful in building a theoretical explanation of these phenomena,” says co-author Monica Mosibrodzka. Radboud University.

According to Ivan Marti-Vidal of the University of Valencia, Spain and a co-author of the study, it should be possible in the future to track the hot spots at frequencies using both the Gravity instrument and coordinated multi-wavelength observations with NASA. ESO’s long range (VLT) telescope, like ALMA.

“The success of such an effort would be a real milestone for our understanding of the physics of flares at the Galactic Center,” he says.