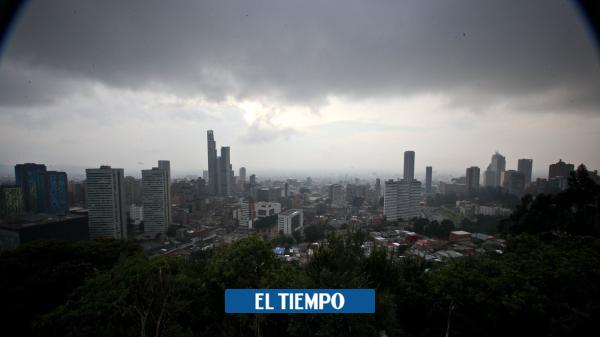 Breathing air pollution, especially in the first five years of life, is associated with structural changes in the brain during adolescence, according to a study of global health institute (ISGlobal) of Barcelona (Spain) which publishes the magazine ‘Today’environmental pollution,

The study, conducted with more than 3,500 children, took into account pollution exposure from conception to the first eight-and-a-half years of life, with measurements of growth month by month, which showed that the biggest changes are as much contamination acquired in the first five years of life,

As explained by Anne-Claire Binter, a researcher at the ISGlobal -a center promoted by the La Caixa Foundation- Breathing polluted air as a child affects brain’s structural connectivityWhich is the existence of a fascia or tract of white matter connecting different areas of the brain.

Environmental pollution: It is also a major factor in heart diseases which harms the health of youth.

In addition to the cooperation between Air pollution and the brain’s structural connectivityThe study also found a link between specific exposure to PM2.5 particles and the amount of a brain structure called the putamen, which is involved in Motor function and learning process, among other tasks. Being a subcortical structure, its involvement is much broader and less specific than that of cortical regions.

“The study is novel because it identifies periods of susceptibility to air pollution. We used an improved time scale to consider exposure, analyzing data month by month, when previous studies have taken the first trimester of pregnancy.” or childhood years. By the way, we have studied Air pollution from conception to 8.5 years on a monthly basis”, is the detailed Binter.

The study was based on a large cohort: 3,515 boys and girls from the Generation R Study in Rotterdam (Netherlands). To find out what air pollution girls and boys were exposed to, The daily levels of nitrogen dioxide (NO2) and suspended particulates were estimated at (PM2.5 and PM2.5 absorption) were recorded where they lived from conception to 8.5 years. When they were 9 to 12 years old, their brains were taken using MRI and various brain volumes and structural connectivity were calculated.

The NO2 and PM2.5 levels recorded in the study exceed the current recommendations of the World Health Organization (10 µg/m3 and 5 µg/m3, respectively) but comply with EU regulations, which, according to the researchers , suggests that air pollution may affect brain development at levels below current air quality standards.

“One of the great findings of the study is that The brain is particularly vulnerable to air pollution not only during pregnancyAs reported in previous studies, but also during childhood”, emphasized Binter. “We must continue to repeat measurements on these children to try to understand the potential long-term effects of exposure to air pollution on the brain.” , concluded that Monica Guxens, an ISGlobal researcher, also participated in the study.