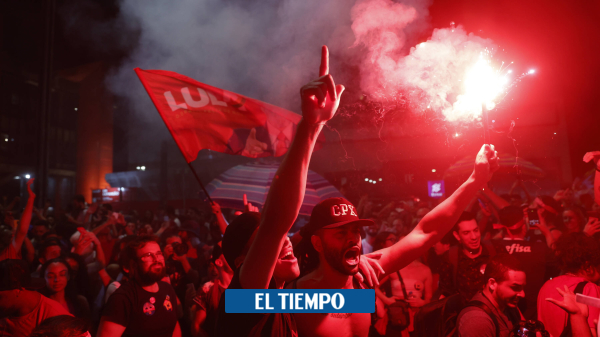 presidential transition process Brazil is back under scrutiny due to a lawsuit filed before Supreme Electoral Tribunal (TSE) Liberal Party (PL) tried to invalidate the elections in which he was elected Luiz Inacio Lula da Silva.

(In context: Bolsonaro refused to accept Lula’s victory and called for the elections to be invalidated)

PL, a movement that supported jair bolsonaro During his re-election campaign, he called for the cancellation of some 280,000 ballot boxes used during the second round on 30 October, alleging alleged errors that would have led to a victory for Lula.

Analysts believe the measure has little chance of succeeding. Indeed, the Brazilian daily or globeCiting lawyers who work in Bolsonaro’s entourage, he said the report is “useless” and “nonsense”.

However, it is important to analyze what are the scenarios that this demand envisages.

What does the lawsuit say and what exactly does the PL ask for?

“It is necessary that the relevant votes of the electronic ballot boxes in which irreparable discrepancies in operation were verified and the practical and legal consequences that may result with regard to the result of the second round of the election should be determined,” said the PL by lawyer Marcelo Besa. In a complaint signed and addressed to the Superior Electoral Court (TSE).

Jair Bolsonaro in his first statement after the election defeat.

Bolsonaro’s party has alleged a “malfunction” of five ballot box models, as demonstrated in a technical report by the Legal Voting Institute, hired by the formation itself, to “see the transparency of the electoral process”. will endanger.”

The measure targets 61% turnout. And since Lula prevailed by a narrow margin of 50.9% of the vote compared to 49.1% for Bolsonaro, any recount or cancellation of votes is seen as an attempt to reverse the results.

With votes from the disputed ballot boxes nullified, Bolsonaro’s party says the current president will gain re-election “with 51.05% of valid votes”.
against Lula’s 48.95%”.

What answer does TSE give?

TSE President Alexandre de Moraes immediately responded to PL’s demand and said that it can only be analyzed if there is doubt even about the first round held four weeks ago.

In that first round, legislative elections were also held, in which the PL obtained 99 deputies, which would give it its first minority in the lower house starting next year. In other words, a final recount would also call into question the good results achieved by Bolsonarismo in the same election.

De Moraes clarified that the ballot boxes placed in doubt were used in both rounds, for which he urged the PL to “question even the result of the first round within 24 hours”.

Is the claim viable?

an article of or globe This sure assessment of the initiative only serves to create more friction between Bolsonaro and the judiciary.

“Professionals who have already worked for the president in the 2022 election and in previous elections deemed the document’s preparation a ‘mistake’ and said the report is ‘useless’ and ‘nonsense’. Lawyers do not see the prospect of any remedy for Bolsonaro’s prosperity and assess that the president needs to accept defeat and turn the page on acting as an opposition”, that newspaper Bela Megle The columnist says.

For his part, PL president Valdemar Costa Neto clarified in a vague statement that the report on which the lawsuit is based “does not represent the opinion of the party”, but considered that “it should be analyzed”. To “strengthen democracy”.

Does Bolsonaro deny the results?

Although the demand was filed by Bolsonaro’s party, the decision has been interpreted by Bolsonaro as resistance to Lula’s victory.

The PL’s demands sparked an uproar in the camps, which were maintained by thousands of activists at the gates of dozens of barracks for three weeks, demanding a coup that prevents Lula’s inauguration on 1 January.

What does Lola say?

The Workers’ Party (PT), the force led by Brazil’s president-elect, Luiz Inácio Lula da Silva, this Tuesday described the petition presented by the formation of the current president, Jair Bolsonaro, as a “ploy” to ensure that the elections are fair. cancel it

The president of PT, Gleissy Hoffmann, affirmed that the maneuvers of the Liberal Party (PL) should be investigated as an attempt to prosecute in bad faith and to call on opponents to accept Lula’s victory in the October presidential elections and a return to peace. asked to give permission. to Brazil.