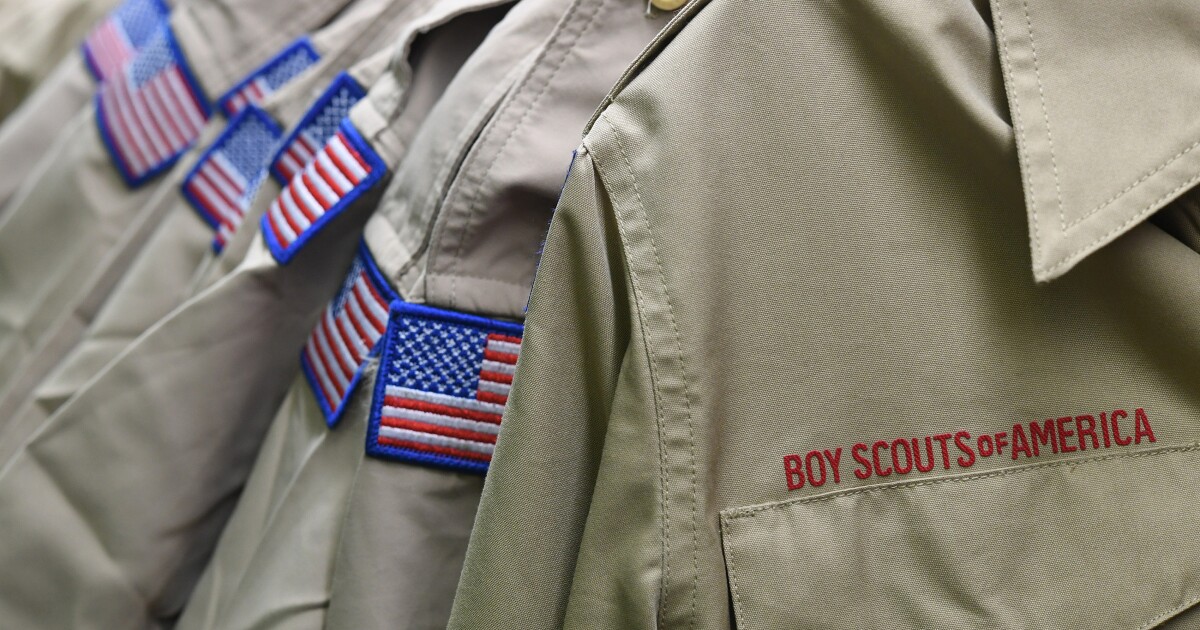 Negotiators for the Boy Scouts of America and lawyers for thousands of sexual abuse survivors have struck an eleventh-hour deal to allow the youth group’s reorganization plan to move forward in Bankruptcy Court.

The new plan does not immediately add money to a trust fund to be shared by about 82,000 former Scouts who have filed claims. But it includes improvements to the claims process and enhancements to the organization’s child protection policies, according to terms of the agreement.

The agreement removes major obstacles to the Scouts’ reorganization plan, but does not guarantee its success. The plan must be confirmed by a federal judge and still faces opposition from some plaintiffs’ attorneys and the US trustee, the bankruptcy system’s watchdog, which has objected to several of its provisions.

The Scouts’ previous offer of a $2.7-billion settlementtouted as the largest of its kind in US history, hit a major snag last month when it failed to garner “overwhelming support” from the nearly 54,000 abuse survivors who voted on it.

The plan needed a “yes” vote of about 75% to be confirmed by US Bankruptcy Judge Laurie Selber Silverstein, who has scheduled a Feb. 22 hearing in Delaware. It wound up just shy of that, with about 73% approving.

The initial results capped a contentious voting period in which plaintiffs’ lawyers squared off against each other, with some hailing the settlement offer as the best deal possible and others denouncing it as woefully lacking.

The official tort claimants committee, appointed by the bankruptcy trustee to represent the interests of all victims in the proceedings, had been among the staunchest opponents.

But late Wednesday, a mediator in the case announced in a court filing that various sides had agreed in principle on a new deal.

“As a result, the TCC succeeded in reaching its goals of meaningful child protection, independent governance of the Settlement Trust and an enhanced compensation structure for survivors,” said John Humphrey, the committee co-chair.

“With these accomplishments in hand, the TCC recommends that all survivors vote to accept the new and improved plan,” he said.

In a statement Thursday, the Boy Scouts of America said that, with the agreement, “all significant survivor constituencies now support the BSA’s plan.”

“Moving forward, the goal of our financial restructuring process remains the same: We are steadfast in our commitment to equitably compensate survivors and preserve the mission of Scouting,” it said.

Significant opposition remains, however, from some plaintiffs’ attorneys who contend that the deal shortchanges the claimants and the bankruptcy action is unconstitutional because it would provide releases to some of the Scouts’ chartering organizations and other potentially liable parties.

“The new agreement does not change the fundamentally illegal nature of the third-party releases contemplated under this plan,” said Gilion Dumas, a Portland, Ore., attorney whose comment echoed an objection filed last month by the bankruptcy system watchdog.

Dumas contends the deal should void the last vote.

“The new agreement tries to change things so substantially that I believe the court should require an entirely new solicitation and vote of everyone,” she said.

Timothy Kosnoff, a veteran sex abuse attorney and a vocal critic of the settlement offer, said the new deal does not change his view that the Chapter 11 reorganization should be scrapped and the Boy Scouts of America liquidated.

“My takeaway is that this thing is still unconfirmable,” he said. “I think it’s a really sad betrayal by even more law firms who held themselves out to be champions of these survivors but who have now capitulated.”

Among those Kosnoff has targeted for criticism is the Coalition of Abused Scouts for Justice, which has 18,000 members and says its affiliated law firms represent more than 63,000 clients in bankruptcy. The group supported the initial offer and hailed the new one as “a positive outcome” of intense negotiations.

“The $2.7-billion compensation fund built through the Coalition’s efforts during 2021 isn’t the end,” it said in a statement. “We are committed to working together with our plan partners to further grow the fund, ensure key protections for current and future Scouts and make certain that survivors receive the best and fastest avenue to closure, as well as fair, just and equitable compensation.”

The latest settlement agreement comes two years after the Boy Scouts of America filed for bankruptcy protection in February 2020. The action put a hold on hundreds of lawsuits to allow for the negotiation of a global settlement and required new abuse claims to be handled through the bankruptcy process rather than in state courts.

A researcher hired by the Scouts to analyze its internal records in 2019 identified 7,819 suspected abusers and 12,254 victims — a fraction of the number who eventually filed claims.

By Nov. 16, 2020, the court-mandated filing deadline, more than 92,000 claims were submitted, many from accusers recruited by law firms through TV and internet advertisements. Some 10,000 claims were later weeded out as duplicate filings or otherwise invalidated.

The massive response far outstripped all expectations. Plaintiffs’ lawyers predicted that the number of claims and the total payouts to settle them would easily eclipse those in the sex abuse scandal that engulfed the US Catholic Church more than a decade ago

At the time, Boy Scout leaders called the massive response “gut-wrenching” and apologized in a statement.

“We are devastated by the number of lives impacted by past abuse in Scouting and moved by the bravery of those who have come forward,” it said. “We are heartbroken that we cannot undo their pain. … We are deeply sorry.”

The Boy Scouts national organization and its local councils have agreed to contribute about $820 million of the proposed settlement amount, with nearly $1.6 billion coming from two major insurers, and $250 million from the Church of Jesus Christ of Latter-day Saints and other sponsoring organizations .

Even that massive total would yield only “pennies on the dollar” of the claims’ true value, according to opponents, who have contended that it let the Boy Scouts and others of their insurers off the hook for billions more in damages.

More than a dozen insurance companies have yet to contribute to the proposed settlement and could now face individual lawsuits by claimants, according to terms of the deal announced Wednesday.

Abuse survivors could also now pursue claims against the Scouts’ chartering organizations that have yet to settle, if they are not in active negotiations to do that within a year.

“Our goal was to try to fix the BSA’s proposed plan by making it more fair to survivors. We think we have done that in this new plan,” said Jason Amala, whose law firm represents about 1,125 claimants in the bankruptcy.

Some claimants who voted last month against the initial proposal will have to change their votes to “yes” to reach the 75% threshold, but other lawyers in the case predicted that will happen.

“It’ll clearly go above 75%,” said Paul Mones, a Los Angeles attorney who will sit on a seven-member Settlement Trust Advisory Committee overseeing the victims’ fund and the administration of claims.

Mones said the latest proposal includes modifications — such as allowing survivors to sue reticent insurance companies — that will probably add “many hundreds of millions of dollars” to the pool of funds available to abuse survivors.

“This is not a panacea by any means, not even close to what these men suffered,” Mones said. “Many men will be deprived of a full and fulsome hearing in court. However, this is better than what we had before and it gives them a measure of justice considering all the circumstances.”