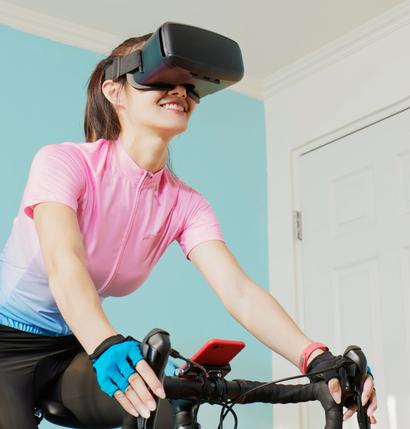 Table Of Contents hide
1. With the metaverse, the digital world will move from an economy based on advertising to the things we buy.
2. Ladies and Gentlemen, do business
3. It will improve our lives, but we will still have normal, human, consistent conversations.”
4. Is it all that glitters gold?
5. I’m worried about an infinite metaverse. We have to set standards.”
5.1. Science4Business
5.2. Like this:


You get an invitation to a party. You don’t know very well where it is, what the plan is, nor do you know who will be there. Only one rumor has reached you that this will be the party of the century, whether to attend it or not? that is the question.

The same hesitation strikes companies and citizens every time they read and hear about the Metaverse – several times a day these days. Apparently this virtual reality and 100% digital is the party that one should not miss and some experienced – Microsoft, Sony, Oculus and of course, Meta, but also the Rafa Nadal Academy or Spanish Utopian sponsored by Juan Rogue already have confirmed. Presence.

They each have their reasons, but there is one that is common: Technology and experts agree that the metaverse will only mean a digital revolution that can be compared with the move from mobile phones to smartphones. “I remember what happened in the early 2000s, when mobile technologies came out and then the mobile Internet, and I think that would really be compared to the metaverse phenomenon. It’s a revolution in the way we communicate. Will be”, says Marcus Reinish, VP Public Policy at Europe, Middle East and Africa Meta.

With the metaverse, the digital world will move from an economy based on advertising to the things we buy.


Changes in communication which, following the trend, would configure a new society. It is not necessary to resort to astrologers or consult a crystal ball to visualize it. Suffice it to review how email, SMS – how can we forget them – and remote communication have been chiseled out via IG Stories, until they become more immediate, close and plural, and how New business models and new variables have become consumption. What innovation will the Metaverse bring? That’s what many people are thinking.

“What seems certain is that this is already creating new opportunities across the board for many sectors,” says Nacho Ross, partner at Mattia_ and senior advisor at Relthea. However, the hopes do not stop here. If we keep in mind that “the metaverse feeds on technologies like virtual, augmented or mixed reality. In other words, it’s about overcoming the current 2D internet; it’s about getting away from the screen.” We may face a ‘spatial revolution'”, he added.

In other words, it will modify how we relate—of course—but also where and, in a certain way, who. Because it will not be us but our avatar who will take the plunge into the metaverse and land us jobs, take us to concerts and buy us the house we dream of.

Ladies and Gentlemen, do business

A small change for the user, a big step for businesses if we keep in mind that “in the metaverse we will be able to have items that cannot be used in the current reality, as it is a reality.” But it is virtual. With which the economic factor is going to change a lot, it will go from an economy based on advertising to what we have achieved in the digital world”, says Esteve Almirol, Metaverse specialist and professor at Esed.

But the metaverse isn’t just a place to rest. “There is a playful component, but what it is offering us is a different reality in which everything is possible. Through this tool, which is also immersive, we can take advantage of different aspects of daily life and business in it. is also involved”, recalls Elena Pisonero, the founder of Relatia.

It will improve our lives, but we will still have normal, human, consistent conversations.”


This is already happening. “Very close to us, we can already see what is going to happen in the areas of gaming, fashion, tourism and also – very important – training. There are many sectors that lend themselves so that your current offering, Your current product and your services can move from the real world or the two-dimensional world of the Internet to the metaverse,” Reinish insists.

The good news is that there will be cake for those who come later in the party as “the first ones will have the opportunity to capture a lot of value, but the ability that comes out of the metaverse will mean that there will also be later entrants.” Opportunity for”, observes Almirol.

Is it all that glitters gold?

The metaverse’s outline of the future looks promising, but like everything related to the digital world, it also creates misunderstandings. What role will the person play? What rules will govern this new world so that it is not dystopian? Will it be accessible to all?

That’s exactly one of the challenges; That Metaverse drives profits without doing so with the digital divide. “If we think of the Metaverse as an updated Second Life, then none is going to work. In order for the Metaverse to work and reach people, we need a range of tools that are still evolving,” Almirol explains. The race to manufacture high-resolution glasses that weigh less, have quality sound, that play at the same time. You shake your head … It’s already going on. Now, “it doesn’t feel cheap or instant,” he says.

I’m worried about an infinite metaverse. We have to set standards.”


From the metaverse, it’s also appalling that it perpetuates or normalizes some of the behaviors that are already practiced by haters in social networks. From the meta they are confident that the fact of crossing the screen will be like knocking down a wall. “You and I will chat like we do now. It can help bring people together when they’re not around, and I’m not so dystopian that in the future people will only be in the metaverse. We’re just as normal, human as before. , the analog interactions will continue,” Renish says.

Avoiding drift toward dystopian futures, which Reinich noted, in which the individual’s role is blurred, is another challenge the administration should not delay in addressing. “Personally, I’m concerned about an infinite metaverse. We have to set rules because, even though it’s a virtual world, it’s still an environment of coexistence,” Pisonero says.

They are nothing more than specific basic rules of etiquette that everyone – or almost everyone – knows and put into practice when attending a party, regardless of how and in what reality – physical, virtual or augmented – it is. .

Refrigerators talk to us, vehicles drive themselves, cities take into account the sentiments of citizens in their urban planning… all thanks to technology that is moving non-stop. But… are we really ready for a technological revolution?

Esade and La Vanguardia present ‘Science4Business’, a space in which experts and leaders from diverse fields are given a voice to debate and analyze the innovations and concepts that will mark the technological and digital roadmap for years to come. This range of content will serve not only to clear major doubts, but – and above all – to empower the citizen with the aim that no one is left behind.