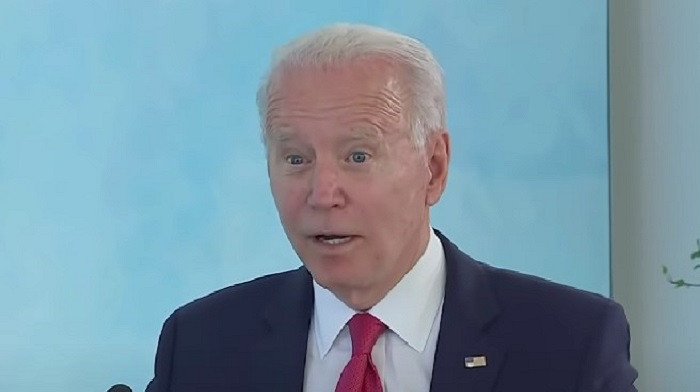 Table Of Contents hide
1. Biden rejects army report
1.1. Support conservative voices!
1.1.1. Sign up to receive the latest political news, information and comments sent directly to your inbox.
2. Whether it’s true or not
3. Like this:


President Biden has rejected an Army report that revealed several commanders involved in the operation gave sworn testimony that the administration failed to understand the deteriorating situation in Afghanistan over the summer, putting US troops in greater danger.

The report, first brought to light by the Washington Postreveals what they call “grim and blunt assessments from top military commanders” by claiming that White House officials “failed to understand the Taliban’s steady advance on Afghanistan’s capital.”

The Post also revealed that administration officials “resisted efforts by US military leaders to prepare for the evacuation of embassy personnel and Afghan allies weeks before the fall of Kabul, putting US troops in further danger.” who were ordered to withdraw.”

In an interview with NBC’s Lester Holt on Thursday, the president dismissed the lengthy report out of hand.

On NBC, Biden repeatedly rejects the Army’s report on the disastrous US withdrawal from Afghanistan:

Holt: “Are you rejecting the conclusions or the accounts…in this Army report?”

Biden: “I am rejecting them.” pic.twitter.com/AInRMQbMw6

“No, that’s not what I was told,” Biden told Holt when asked about the details of the investigation. “There wasn’t a good time to go out, but if we hadn’t come out, they recognized we would have had to put a lot more troops back.”

Asked if he was rejecting the report, Biden replied, “Yes, I am.”

“So they’re not true?” Holt asked.

Biden replied: “I am rejecting them.”

Watch Biden’s expression below at the 5 minute mark:

In an extensive and exclusive interview with @LesterHoltNBCPresident Joe Biden talks about the growing number of states rolling back mask requirements, the tense standoff with Russia over Ukraine, skyrocketing inflation, where he stands in his search for a SCOTUS candidate, and more. pic.twitter.com/NYjldwQ9x2

The Biden administration’s disastrous withdrawal from Afghanistan led to a suicide bombing that killed 13 service members, a “retaliatory” drone strike by the United States that killed 10 civilians, including an aid worker. and 7 children – and countless Americans being Left behind in the Taliban-controlled country for a long period of time.

Military officials, according to the Post report, had “in many ways improvised on the fly” the evacuation plan.

The report outlines several disagreements on how to proceed with the withdrawal plan and accuses White House and State Department officials of failing to acknowledge the Taliban’s rapid advance.

Joe Biden tonight DENYING the facts presented in a 2000 page Army report on the collapse of Afghanistan, and the total lack of preparation of the White House. It’s time for Senate Democrats to stop covering up and hold hearings. In public. Now. https://t.co/ibVzPMjmxw

Whether it’s true or not

General Mark Milley, Chairman of the Joint Chiefs of Staff, privately blamed the State Department as being responsible for the failed evacuation effort in Afghanistan.

Multiple commanders in sworn testimony said administration officials did not adequately anticipate what would happen. Milley has insinuated that the State Department botched it.

Let us remember that in the last call between President Biden and Ashra Ghani, the former regretted the “perception” problem he was having with the withdrawal and urged the president of Afghanistan to fix the messaging problem.

“I don’t think I need to tell you that the perception around the world and in parts of Afghanistan is that things are not going well in terms of fighting the Taliban,” Biden said.

Milley testified at a Senate Armed Services Committee hearing that while he did not share his personal conversations with the president, he stood by his assessment “in the fall of 2020, and remained consistent throughout, that we should maintain a steady state of 2500.”

The head of the US Central Command, General Kenneth McKenzie, testified: “I recommended that we keep 2,500 troops in Afghanistan.”

However, Biden was unable to recall those recommendations.

Stephanopoulos: “Your military advisers didn’t tell you, no, we should only keep 2,500 soldiers; Has it been a stable situation for the last few years?

Biden: “No, no one told me that that I remember.” pic.twitter.com/7ODzYA6xMF

“Biden lied when he said [George] Stephanopoulos no one advised against his retirement based on the timeline,” tweeted Sen. Marsha Blackburn. “His recklessness of his resulted in the deaths of 13 American service members and the abandonment of countless citizens and allies.”

“Biden cannot avoid the consequences of his actions,” he concluded. “He must resign.”

Democratic Senator Chris Coons argued in 2019 that Joe Biden would be the best Commander in Chief because, “unlike (Trump), he would trust and listen to the advice of generals and diplomats.”

In addition to the 13 service members who were killed in the suicide bombing outside Kabul airport, 45 others were injured in the blast, some with brain injuries.