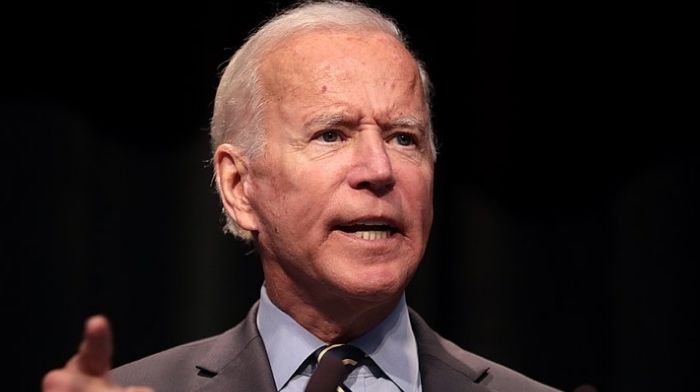 Critics slammed the Biden administration on Thursday after another month of inflation data showed record price increases, making a variety of goods and services more expensive for ordinary Americans.

“The government numbers released today confirmed what everyone already knows,” said US Sen. Marco Rubio, R-Florida. “That inflation is out of control. … If you have a small business, you have to raise prices. That means you are losing customers. He threatens to kill you. That’s what’s happening in the real world, and remember Joe Biden said we don’t have inflation. Then they said that this was temporary and that it was going to pass. Now it continues to persist, it continues to hurt people and they don’t do anything about it.”

Others called the price increase a hidden “tax,” since inflation is tied in part to federal printing of money, allowing the federal government to spend more.

The pullback came after the Bureau of Labor Statistics released its data for the Consumer Price Index (CPI), a key gauge of inflation. That data showed prices rose 0.6% in the month of January and 7.5% since last year, contributing to one of the highest spikes in inflation in decades.

The White House has defended its work on the economy, pointing to the improving unemployment rate. White House press secretary Jen Psaki said Wednesday that “inflation is expected to decline and moderate over the course of this year.”

So far, economists have been divided on the matter, with some agreeing with the White House prediction and others saying inflation could continue into 2023.

The White House has also pointed to recent salary increases. However, those higher wages have been outpaced by inflation.

“Yet another month in the Biden economy when the number of paychecks increased while the value of those checks decreased,” said Andy Puzder, a senior fellow at the Pepperdine University School of Public Policy.

Increases in food and energy prices have been a major factor in the overall data and have left Americans paying more at the pump and in the supermarket. The Wharton School of the University of Pennsylvania, one of the nation’s top business schools, released a report in December that estimated the average family spent an extra $3,500 last year because of inflation.

“Increases in the food, electricity and housing indices were the biggest contributors to the seasonally adjusted increase for all items,” the BLS said. “The food index rose 0.9 percent in January after a 0.5 percent rise in December. The energy index also rose 0.9 percent for the month, with an increase in the electricity index partially offset by declines in the gasoline index and the natural gas index.

Gasoline prices have skyrocketed in the past year. According to AAA, the average price of gasoline nationwide is $3.47 per gallon, exactly one dollar more than the same time last year.

“With inflation running higher, now is the time to increase energy supplies, and not from foreign adversaries who wish us harm, but from all the domestic sources that helped America achieve energy independence,” he said. Daniel Turner, founder and CEO of Power. The Future, an advocacy group for energy workers. “Sadly, the policies of the Biden Administration have served as a proverbial boot on the neck of our energy industry. It is no coincidence that while oil and gas reserves are at an all time low, inflation is at an all time high.”

Turner predicted that gasoline prices will rise even more.

“Five dollars a gallon of gas is on our horizon, and many middle-class families are struggling to pay drastically higher heating bills,” Turner said. “President Biden’s clueless response is not working: begging OPEC to increase foreign production while doing everything in its power to shackle proud American producers who could offer much-needed relief.”

The inflation numbers have political ramifications that could hurt Democrats in this year’s November election. Republicans have criticized the Biden administration for inflation, pointing to trillions in federal spending during his first year in office. That message is likely to continue into November, as long as prices remain elevated.