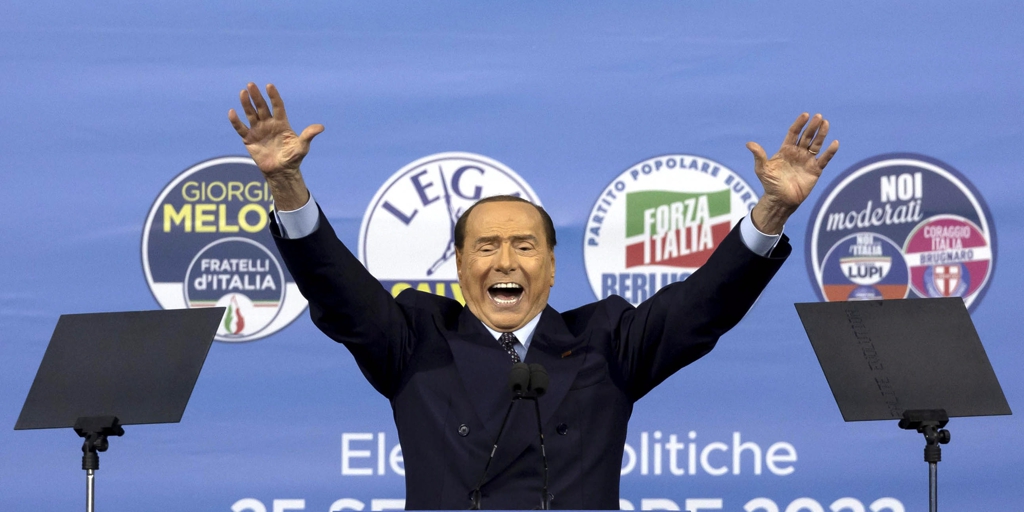 A confused electoral campaign ends today, in which the fragmentation of the left has favored the center-right coalition, with an advantage in all the polls to win the elections on Sunday. If the forecasts are confirmed, Giorgia Meloni, president of the Brothers of Italy, could lead a government that would constitute Italy’s first experiment with a post-fascist Executive in its main component, apart from Liga and Forza Italia, after a total of 69 ideologically diverse governments. since World War II.

Meloni promises to change Italy, including the reform of the Constitutionand he highlights in his rallies that “the hegemony of power of the left” is about to end.

It remains to be seen if the probable victory eliminate or accentuate dissensions that are perceived in the coalition, made clear even in the last hours of the electoral campaign. Symbolically, Matteo Salvini, secretary of the League, and Silvio Berlusconi, of Forza Italia, handed over the leadership of the coalition to Giorgia Meloni, at a joint rally in Rome’s Piazza del Popolo.

But shortly after Salvini appeared on television, and when asked about the future Meloni Government, he replied: “I think of the Salvini Government.” When Meloni publicly stated that he had a list of ministers in mind, the leader of the League replied in disgust: “We will do the government together, we are a team. There are no single men or women in command, the team is built by all». One could continue with many other differences on their respective political positions, including relations with Russia: Meloni defends the sanctions against Moscow because they work, while Salvini disputes them.

Meloni has come to affirm in a rally that, if it has the necessary majority, the center-right is willing to reform the Constitution

Regarding Russia, Berlusconi tried to justify the Russian president, Vladimir Putin, on the war in Ukraine, in an electoral intervention on television, after the joint rally of the center right. The leader of Forza Italia gave this explanation about the war of the Russian president, with whom he had a close friendship for many years: «Putin fell into a difficult and dramatic situation, he wanted a government with good people in kyiv. I say that he fell because a mission from the two pro-Russian republics of Donbass went to Moscow saying that Zelensky had increased the attacks of his forces against them and 16,000 deaths had occurred. Defend us, they asked Putin, because if not, we don’t know where we can go, and Putin was pushed by the Russian population, his party and his ministers to invent this special operation,” concluded Berlusconi.

The advantage of the center-right may be to face a divided center-left, to the point of affirming Meloni, in the joint meeting with the center-right, that they are willing to reform the Constitution alone: ​​«We will do presidential reform [una república con elección popular del presidente] and we will be happy if the left gives us a hand. But if the Italians give us the numbers [sirve una mayoría de dos tercios en el Parlamento o un referéndum]We will go ahead autonomously.” The response of Enrico Letta, leader of the Democratic Party, was immediate: «The right has shown its true face, it has explained that it will only change the Constitution. The Italians will prevent it.’

In front of those who see that Meloni’s arrival in government poses a dangerThe United States does not expect any apocalypse in Italy, according to the Italian media when collecting the statements of a senior White House executive, on the sidelines of the UN general assembly in New York: “This narrative of the end of the world about the elections Italians does not correspond to our expectations of what will happen. The United States does not believe that, regardless of the outcome of the vote, Italy will move away from the Western coalition of countries that support Ukraine. And we don’t think even our key partners in Europe think so, although that doesn’t mean it’s going to be exactly the same as with Draghi.”

The French Government expressed itself in similar terms, noting that Paris wants to dialogue with the new Government. A government source explained: “With the war in Ukraine, the scenario has changed: we must work with romewhatever the Executive is », because a break with Italy would be one more gift for Putin.

In any case, given the doubts that arise in some European environments, the president of the EU Commission, Ursula von der Leyen, at a meeting in Princeton (United States) about the possible outcome of the elections in Italy, issued this warning : «We will see the result of the vote in Italy, there were also elections in Sweden. If things go in a difficult direction, we have tools, as in the case of Poland and Hungary.

Bullfighting: in controversial debate, its prohibition project was postponed