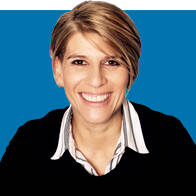 There is usually a component of uncertainty in the beginning, and when they are good, so does hope. The endings are so good that memory filters through and often saves what is good for later. Or that ends badly. Beginnings are also opportunities to correct course.

This is exactly what Colombia will experience when it comes to personal relationships, in the face of changes in business and government, such as the coming months. Change always has the potential to bring something positive, when planned deliberately and with a vision of the future.

It is difficult to comprehend the current – ​​level of resentment and anger – of the country, region and the world and the potential for self-destruction of our societies. The big question is how do we overlap to form something together. How trust and society are built when the starting point is hazy. A few days ago, a good friend told me that we need to start talking seriously about civic culture. From the ability to see and respect the other, to obey some of the basic rules of coexistence, and to see ourselves as part of something greater than ourselves. To remember that we are essentially interconnected and that each of our actions as citizens improves or destroys the well-being of others and, in turn, leads to something good or bad for us. I don’t know when we forgot it. One of the biggest costs of allowing such unequal societies is the possibility of living in a bubble, artificially isolated from the impact of our decisions. The political processes we are experiencing across the region are proof that these bubbles are unstable. Neither the least nor the most educated, with few exceptions, we are good citizens.

The quality of the future that begins depends on the creation of a national narrative that unites us around the complex problems of development.

I have thought of the various political paths that have been put on the table by various ideological extremes during the eternal process of presidential election in Colombia. I believe that improving the well-being of Colombians stems from a number of legitimate concerns and that all of them can be improved if there is an openness to listen to opponents and achieve consensus. For example, the idea behind stopping oil exploration concerns the adoption of a production model so that it is sustainable and environmentally friendly. The purpose cannot be doubted. The question is how to do this so that the spending capacity of the state is not destroyed along the way. The transition should be gradual, and to some extent this has already been proposed by the outgoing government. The big challenge is how to revamp the productive system and educate ourselves on different ways of doing things. In any case, exploration cannot be halted overnight as there are few signed contracts and the precedent of breaking them would be tremendous for private investment and economic growth. But, whatever the government is, laying the foundation for the transition to a green development model is a priority.

Replacing VAT with a broad-based, low-rate consumption tax could be one way to stimulate demand and clean house. Perhaps it is useful to recognize that our society does not have the necessary maturity to manage a complex tax like VAT, with all its exemptions, and move to a simpler tax on the final consumption of goods and services. The high levels of VAT evasion suggest it’s not entirely insane to reconsider. Of course, the fiscal implications and the appropriate timing of this shift in direction need to be well dimensioned.

The quality of the future that begins depends on the creation of a national narrative that unites us around the complex problems of development. A part depends on the government in power. But the precondition is that we exercise our citizenship honestly and remember that the resulting society is the sum of these individual practices.

(Read all of Marcela Melendez’s columns in EL TIEMPO, Here,