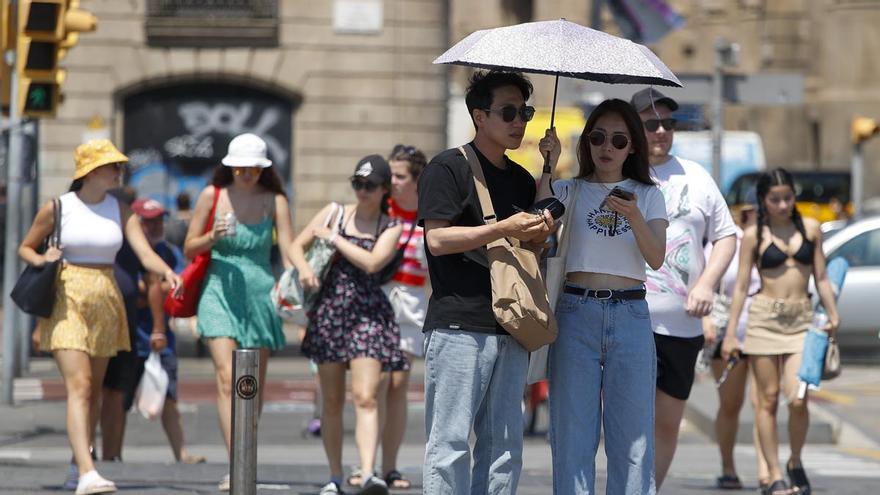 Memory tells me that, 20 years ago or more, It was too simple for the columnist who lived in Barcelona in August: Sooner or later I will write an article about the fate of living here Almost deserted city. Yes, it’s true that many bakeries and kiosks closed for the holidays, but there was coziness in the area and you could always find newspapers and the day’s bread while walking around the neighborhood. Though it was hot (but less than now), the feeling of the apocalypse was left behind Benefits of Summer Vacuum: You parked your car everywhere, you found a table in a restaurant without queuing, the bars of the night greeted you with joy.

It happened to me that I was the only occupant in the whole building who didn’t go out, and so I became a watchman on the neighbors’ stairs. The closest people left the keys for me water your plants or pick up your mail (But there was never a match in August). When I entered his house, it was as if I had entered his life; From the corner of my eye I spied the rooms that surrounded me on the other side of the wall, above my head or under my feet, and I imagined fragments of their existence. Everything was an exercise in imagination, conscience, and that silence underpinned my sense of being a survivor.

All this, it is curious, now it reminds me of a reading of those years which is like the other side of the coin. ‘The Houses on the Coast’, a short story by John Cheever Tells the story of a family that rents a house by the sea every summer. It is always a different house and, when they enter, the narrator thinks: “Someone was very happy here, and we rented his happiness with his beach and his boat”. Except that In a house the narrator begins to see hints of the owner’s shady life. Ashtrays full of butts and hidden behind books or inside piano benches, he finds empty whiskey bottles. A neighbor pleads with him. tells which are often heard, and slowly like a virus, Home uneasiness seeps into the new tenants and pushes them into trouble. What a wonderful story.

Today, I think, the scene has shifted to the city and intensified with This heat of Dantesque signals. The columnist who lives is no longer alone: ​​they are airbnb tourist Those who rent flats and water the plants, and perhaps even absorb the atmosphere of their happiness or misery. While I hang the sheets on the balcony to dry, I overhear conversations that occasionally reach me from neighbors. They are in other languages, English and French and Nordic or Slavic accents, and as soon as you hear a girl who throws a tantrum, a couple who indulges in unrestrained sex at 12 noon, the ‘fuck’ of a married couple Fighting filled with the boring or repetitive rhythms of a different teen’s video game. The only thing that remains unchanged after all these years is the feeling of being Urban Robinson, the survivor who will probably turn off the light at the end of everything.