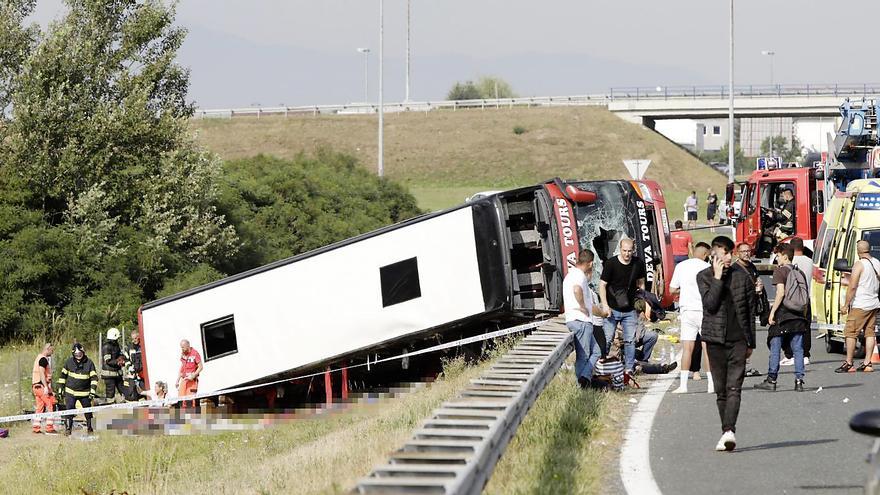 Table Of Contents hide
1. The vehicle, registered in Poland, veered off the highway and fell down a ditch, injuring 43.
1.1. Like this:


least 12 people have died and 43 have been injured (18 of them critically) early this Saturday morning when a polish bus I have left a road northern croatia, The Croatian Ministry of the Interior has reported.

According to the government of the Balkan country, all victims are of Polish nationality. pilgrims on pilgrimage Medjugorje, A village in Bosnia-Herzegovina believed to have appeared in 1981 Virgin Mary.

The accident happened around 5:40 a.m. (03:40 GMT) while driving off the road and slammed into the side of the highway, as explained earlier to AFP by a police spokesman, Marco Muric.

The accident happened on a motorway 60 km north of the capital of Croatia.

Croatia hosts million tourists During the summer they travel to the Adriatic coast.