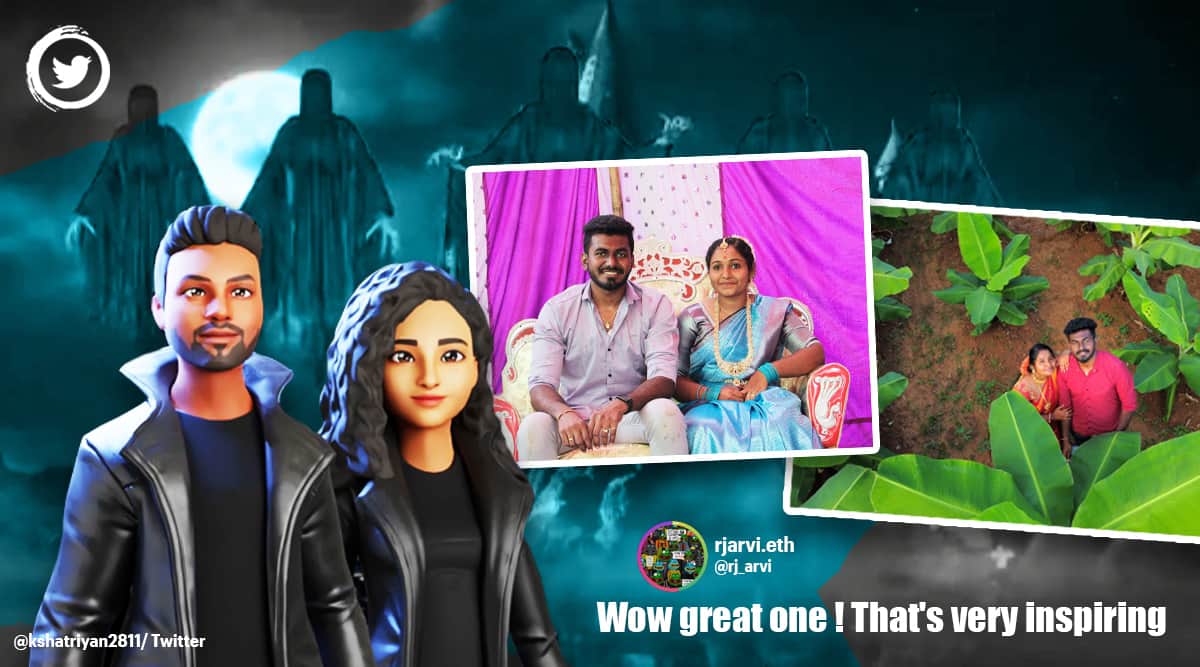 Asia is ready to witness her first wedding reception in metaverseA couple from Tamil Nadu, Dinesh Kshatriya and his fiancée Janaganandhini Ramaswamy, decided to host their Hogwarts-themed virtual wedding on February 6. Following the announcement, GuardianLink.io, a technology framework of the NFT ecosystem, launched the first metaverse wedding NFT collection on February 6. Beyondlife.Club.

The NFT collection will be a work of art with backgrounds and outfits from the Harry Potter era and cyberpunk, in addition to the classic wedding attire featuring the bride, groom and the late father of the bride. In addition, the company has created an NFT themed after the movie: The Matrix, in the Indian language that displays the names of the bride and groom.

Dinesh SP and Janaganandhini Ramaswamy will hold a wedding in their village, Sivalingapuram, but will host a digital reception in a virtual location where they will be joined by friends and family from all over the world.

The exclusive NFT collection comprises 12 NFTs, of which 11 unique NFTs are of the virtual avatars of the bride and groom, cast in traditional and western attire with and without the bride’s late father, and 1 NFT of the wedding invitation consisting of 50 copies. The NFT with the virtual avatars of the bride and groom was bought and resold within nanoseconds of delivery. 50 copies of it were sold for $10 each, with one of them reselling for $100 in a second on the Beyondlife.Club secondary market. Also, one of the invitations that sold for $10 is now listed for $4,450.

“GuardianLink.io has been working on blockchain technology for the past few years and this wedding concept is just the beginning of a new arena in the rapidly growing world of NFTs and the Metaverse. This launch of NFT is a testament to our commitment to working with best-in-class technology to engage our audience in this transformative era,” said Ramkumar Subramaniam, Co-Founder and CEO of GuardianLink.io.

Metaverse is a digital space represented by digital representations of people, places, and things. In other words, it is a “digital world” with real people represented by digital objects. Florida couple Traci and Dave Gagnon were the first couple in the world to hold a virtual wedding ceremony in September of last year, according to Insider.