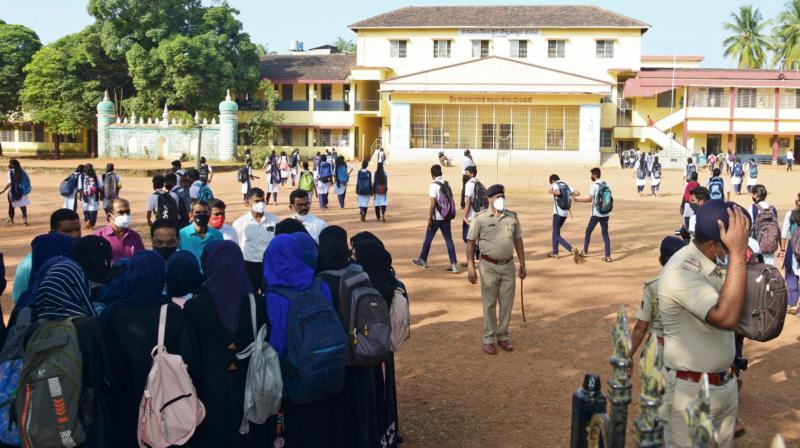 In the context of the Hijab-Saffron Shawl controversy, the Udupi district administration has imposed CrPC Section 144 within a radius of 200 meters from the secondary schools in the district.

Prohibition orders CrPC section 144 was imposed from 6 am on February 14 to 6 pm on February 19 as a precautionary measure. The decision was made by the Deputy Commissioner based on the request of the three Subdivisional Police Officers of the Udupi district.

The move comes as a precautionary measure as the state government has decided to reopen secondary schools from February 14 as per the direction of the High Court.

Under the order, gatherings of five or more members around the perimeter of the school are not allowed. All kinds of gatherings, including protests and rallies, are prohibited. Inciting slogans, songs and speeches are strictly prohibited.

The hijab controversy started in the city of Udupi and later spread to Kundapur and other parts of the state.