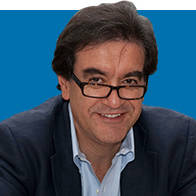 Social dialogues have already begun, and the government is unaware that they are taking place. For example, in the coffee sector, at the request of the coordinator of the historic Treaty Campaign in Risaralda, the business community, coffee growers, medium-sized farmers, youth, women and farmers are leading a dialogue process to agree. and projects that promote the development of their region in health, education, housing, environment, infrastructure and productivity. Similar processes are beginning to take shape in other regions of the country.

(You may also be interested in: Politics and not academia,

The social dialogue has nothing to do with the imitation with which the Petro government inaugurated the regional dialogues with which it should formulate its development plan. Press reports on what happened in Turbaco show nothing different from what has happened in previous governments: 1,200 people barged into a school, ‘organized’ in a central table and 25 thematic tables, each with a moderator and An “officer who took. received reports and written petitions of citizens”. In the absence of a work guide, the two minutes that people had to present their thoughts were used to talk about the divine and the human. The documents prepared by the various economic and social sectors for the new government were not presented. The hope of the Director of National Planning that “people will opt for strategic projects”, at least in the case of the Turbaco-Dec region, remains to be seen. In the end nothing became clear. And when nothing is clear, anything can be accepted.

The imitation of social dialogue increases the power of centralism which reserves the right to establish the terms of the dialogue.

The “social dialogue” that President Petro presented with fanfare in a televised address last week is similar to those of previous governments: asking people “to let the government decide investments in its sector” including the irritating centralist figure of the “godfather”. Call. Ministers”, supposed to guarantee the “binding” character of the dialogues. (Just as ministers are important in this government. Not even the President talks to them.)

This imitation of social dialogue favors the then government itself. This allows them to be relieved of the pressure of the dysfunctional mechanisms of political representation that are parties, to replace them with a simulacrum of dialogue that not only empties parliamentary power in the region (it only allows it to approve leaves with the coercive ability to do so or not by the laws that the government requires). It also amplifies the power of centrality, which, again, reserves the right to establish the terms of the dialogue, as well as, finally, the right to identify and define “what people want”.

Along this path we are moving towards a referendum, which in President Petro’s case acquires another meaning: “social dialogue” is the mechanism that institutionalizes the concentration of all powers not only in the president. Every decision that he submits to the consultation of the people will also free him from the shackles imposed by the legitimacy of government procedures and the rules of the political and institutional game. “This is what the people want,” the president would say. Then there will be no limit. That if Craig has to intervene at the Banco de la Repubblica today or tomorrow, let it be, “because this is what the people want and need.”

It is an evolved form of representative democracy, in which Guillermo O’Donnell has defined it as “whoever wins an election is authorized to govern as they see fit and the limits of the exercise of power are limited only to the existing political are marked by the reality and by it the constitutional duration of their mandate.

It risks “social dialogue” as they are weaving it into the corridors of centralism, not as Petro’s own supporters in the region are making it, for whom—curiously—”total power is not for Caudillo.”

(Read all the columns in EL TIEMPO here)