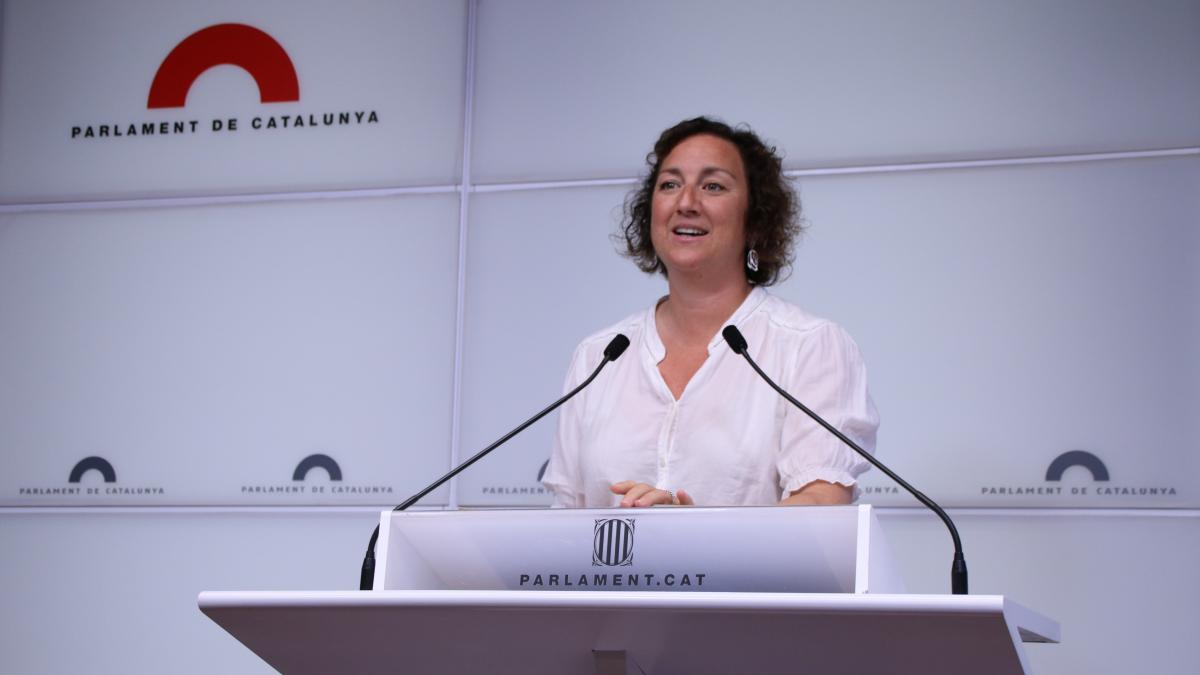 Table Of Contents hide
1. Junqueras has been governing for ten years “with Convergència i Unió, Convergència, Junts or the neo-convergence or the post-convergence”
1.1. Like this:


The spokeswoman for the socialist parliamentary group in Parliament, Alícia Romero, lamented the “hatred” that the president of the Esquerra Republicana, Oriol Junqueras, has towards the PSC after the Republican leader accused Junts and the socialists last Saturday of “covering up corruption” mutually and that constantly identifies them as the party of 155, alluding to the vote in favor of the application of this article of the Constitution on the Generalitat in 2017.

“I don’t understand this hatred of the PSC, it does more damage to him than to us,” Romero acknowledged in an interview on the program Ideas Cafe of La 2. The socialist leader has recommended Junqueras to stop looking back in order “to be able to move forward” and has reminded him that “the country has also left some things behind”. “Let’s look ahead and see what we can do together,” insisted the socialist deputy. “The situation has changed and being anchored in the past all day and with this hatred that Mr. Junqueras seems to have; this hatred is not good, in general,” she added.

Alice RomeroParliamentary spokesperson for the PSC


Regarding criticism of corruption and alliances with Junts, Romero recalled that Junqueras has been governing for ten years “with Convergència i Unió, Convergència, Junts or the neo-convergence or the post-convergence” and that “ten years ago Junqueras signed in December 2012 the first role with Artur Mas”.

“When one listens to Mr. Junqueras, one thinks that he is talking about a different film from the one we are all experiencing,” said the Socialist deputy, surprised by the Republican’s accusations. “Whoever covers up the embarrassment of Convergència will be him, not us who are in the opposition trying to make a critical but constructive opposition”, she insisted.

In any case, Romero has recognized that this rancor that Junqueras shows with the PSC makes him feel bad, since before 2017 he had always had a good relationship with him as spokesperson for the Economy of the Socialists and has opined that this attitude shows “weakness and a certain fear”, the same thing that shows, in his opinion, the president of the Generalitat, Pere Aragonès, who does not want to know anything about the PSC in the budget negotiations, unlike the Minister of Economy, who has opened up to dialogue with them.

At this point, Romero has urged Aragonès to, at least, respond individually to the leader of the opposition, Salvadort Illa, in the general policy debate that will be held next week in Parliament after reproaching him for giving a generic response to all groups. “Illa is not the same as Mr. Fernández, who has three deputies,” warned the PSC leader.