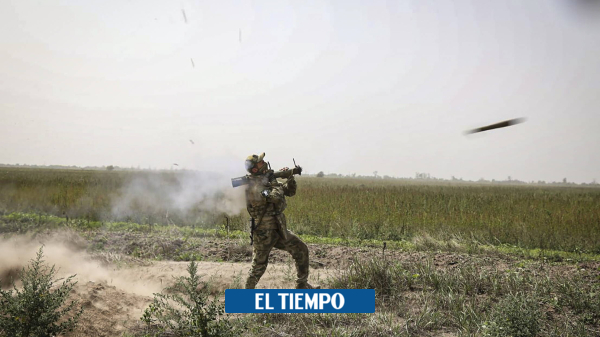 Belarusian security forces received a verbal order to identify Russians hiding in the neighboring country from the partial mobilization announced by the President of RussiaBelarusian media reported ‘Nasha Niva’, one of the oldest in the former Soviet republic and declared “extremist” by the regime of Alexander Lukashenko.

Many reservists and other Russians who are afraid of being called in to join the armed forces stand in long queues on Russia’s borders with Finland, Georgia, Mongolia and Kazakhstan, and along these lines, Belarus is another escape route as there is no border control by the state union between the two countries.

However, newspaper sources indicated that already on the 21st, the day of the announcement of Putin’s partial mobilization, Belarusian security forces received a verbal order to identify Russians fleeing this measure established by the Russian President.

“At the moment, at the level of verbal orders, it is possible to monitor apartment rentals for days, to contact the owners of the houses,” said the source, always according to this medium.

‘Nasha Niva’ was also ordered to track down license plates, collect information and verify documents, according to the agent who spoke on condition of anonymity.

(read on: Arrested in protest against Putin, will be forced to join Russian army,

When asked whether Minsk would allow the Russians to hide from participating in the war intervention in Ukraine, The source indicated that the general system of fines is established and “catching an escapee is a trivial task”.

According to the Belarusian Telegram channel ‘Maya Crna Belarus’, which was also declared “extremist” by the Lukashenko regime and citing ‘Deutsche Welle Belarus’, police officers at Minsk airport have also started checking men with Russian passports. has given.

Belarus is one of Russia’s closest allies in Putin’s military campaign in UkraineSince it lent its territory to the south last February to allow Russian troops to enter the neighboring country and it still provides military support to the military, according to Kyiv’s General Staff.

What does Putin’s nuclear threat mean amid calls for peace at the UN?

Zelensky sent a strong message after Putin’s threat: he demands punishment from the world

Ukrainian counterattack continues: “The Russians run and we chase them”