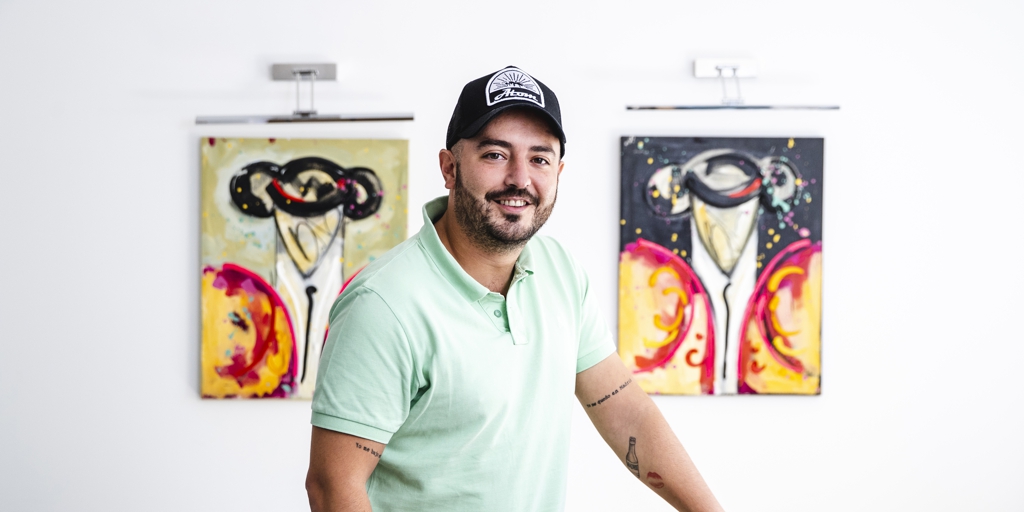 He was the one who was called a child prodigy after his time in ‘Family Doctor’ or ‘Anna and the Seven’ and today he is one lucky man who managed to get the best out of those experiences to be successful in the business world Used to be. The unforgettable Chechu recalls that childhood between spotlights and textbooks, but today his energy is focused on running his restaurant and winery he just launched.

—How did you go from the witty cheesy of that mythical chain to the “family doctor” to businessman Aaron, who is in charge of a chain of restaurants today?

After spending twelve years in the acting world, my life has changed radically. My first attempt was in the series ‘Kangaroo’ and then I spent five years in ‘Medico de Familia’ and the second in ‘Ana y los Siete’. It’s been over a decade in the television world but my goal was to change and that’s why I decided to open my own restaurant. After ending the series with Anna Obregón, at age 22, more than a year went by without any lucrative offers for another shoot to actually arise. I had trained in acting and especially in dubbing but I always loved the world of cooking and especially wine, so when I got tired of waiting I decided to open my first business and it was a big deal from the beginning. Well done

—I understand that your first business starts with what you earn as an actor.

-Yes. It’s not that I’m a small ant especially because I like to enjoy life but I have spent wisely and I have saved enough to be able to fulfill my dreams.

“Do you take it lightly when they talk about a broken toy, or is it something that’s wrong with you?”

“I don’t recognize myself at all. I’ll tell you the opposite. The twelve years I’ve worked as an actor have only given me good experiences and apart from what I have earned, it has made me an entrepreneur. It has also opened many doors for me as I have contacts and many interviews which have given visibility to my projects. I assure you that I had time for everything (play , reading, working…) with the fate of living things that not all children can know, so I feel that my life has been very full and happy in that sense.

-However, when we see children working, we think of the effect of Marisol, who was very burned. Do you still have the bug to get in front of the cameras?

—When you’ve worked in front of cameras for so many years, I guess the bug never goes away. Just the fact of doing the interview in front of the cameras makes it come alive but you enjoy it too. Sometimes there is talk of doing a reunion of those mythological series and if that project comes up I can assure you that I would be happy to participate.

—Do you keep in touch with Emilio Aragon and Ana Obregón today?

– I have contacts with both ‘Family Doctor’ and ‘Anna and the Seven’ through WhatsApp groups. There we usually congratulate each other on holidays and we comment on many things or get excited when a project launches. It is true that sometimes we want to meet but it is usually complicated because we are all very attached.

—I think he may have been focusing specifically on Ana Obregón after the loss of her son, Ales Lequio.

—I loved Ailes so much and I assure you it has been a huge stick for everyone. You can’t find a reason for something like this to happen and it’s true that the fact of being a father makes you feel more involved and better understand what you can feel in those sad moments.

“At present he is the father of a four-year-old child. First in a saga?

—I would like to have another younger brother because I have a very good relationship with me.

—Today he is in charge of seven restaurants in Madrid.

“We’re called the Mimosa Group.” There are three Italian restaurants, three breweries and one Andalusian restaurant, La Malaje. My latest project has been to launch a wine, Caytana, after partnering with the winery and I am very focused on this wine which has excited me.

—Dedicating himself to the hospitality industry during the time of the pandemic, his luck must have been in all the Madrid campuses where he has been able to do more work than in other communities.

—Most of us who work in this business are very grateful to the management of Isabel Diaz Ayuso because of them we have been able to work under those conditions.

—and what are the prospects you see for this season given the current economic situation?

Everything has been great this spring but let’s see what happens this September because I can’t deny you that there is a big worry.

“Does it bother you that they keep calling you Chechu on the street?”

—On the contrary, it also excites me that over the years people have fondly remembered me. Not only this, some friends keep calling me Chechu.

—In your restaurant do you put your own photos of the time of your performance?

—and where have they left the actors’ classic vanity?

—I will tell you that vain people reject me a lot.