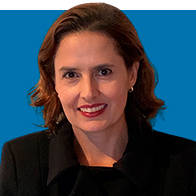 In early September, the One Young World Summit took place in Manchester. There, in a totally inspiring environment, young leaders from around the world meet to listen and exchange experiences. Although the topics of global interest which have always been discussed, various aspects were emphasized.

In the context of climate change, the importance of the oceans was clear. A lot is done to plant trees on land, but two-thirds of the planet is covered by oceans, and what is done for them? The call was clear: Treat the oceans with compassion, dignity and respect. In this aspect, Colombia is no exception: it has not given the oceans the importance they deserve in climate issues.

In the context of gender equality, women’s participation in STEM (science, technology, engineering and math) issues was called for. Less than 30% of professionals in the world of science and research are women. They represent only 21% of engineering students and 11% of those who do software development. If technology is the future and women do not participate in it like men, the gender gap will not only remain, but widen.

Inclusion was present in all conversations. The message is strong: “Leave no one behind”. It is demanded that those who are affected have a seat at the table where decisions are made so that they can be heard and that it is not others making resolutions for them, not with them, as they should be. The same call for inclusion, which was made at the summit thinking primarily of refugees, women, the disabled and the LGBTIQ+ population, was made in Colombia during the last social outbreak.

All these reflections are valid and relevant to the country today and can help us focus on the factors which, undoubtedly, are the triggers of growth today.

Mental health also captured a good portion of the conversation. The general level of stress and fear in the population has increased due to climate change, pandemics, wars, social networks, etc. So much so that today 20% of the population experiences this type of problem. The general invitation was to move from individual interventions to systemic interventions. For example, in the case of armed conflicts, there is talk of a second violence arising after the experience of war: that is transferred to one’s mind, the value of creating spaces that allow victims to cathart. is to fix. The issue of mental health is no stranger to the country, so we should pay more attention to the objective of “adding lives over the years” and place it on the public health agenda.

Within solutions, the role that technology can play was different. On the one hand, it provides an opportunity for people to tell themselves that they haven’t had them before; But, on the other hand, it is driving them away. Connectivity and the power of smartphones can change the scale and speed of solutions and bring us closer than any other force, if we so desire. We must understand that it is not technology that brings change in society: on the contrary, the latter is what should change technology rather than creating more to solve problems.

All of these ideas are valid and relevant to the country today and can help us focus on the factors that, undoubtedly, are the triggers of growth today: the ocean, the inclusion of women in the use of digital tools, “behind anyone” Don’t give up” “and mental health.