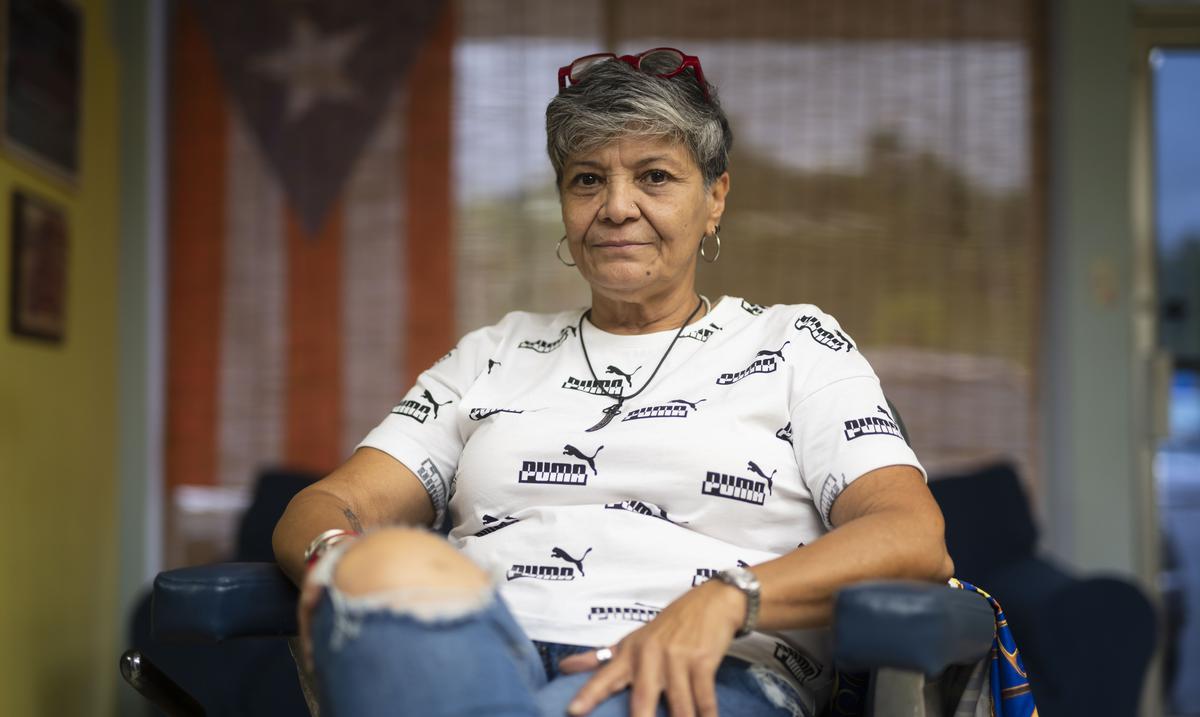 utuado – at the barber shop Letty Martinez AfanadorA lot of things have changed in the last five years, although it may not seem so.

From Tuesday to Saturday, Letty opens its doors to bite off customers who come in drops or in heaps, as it has done for nearly 30 years. In his armchairs, sit Utudenos who cut his copious amount of hair and today he grooms the rest of the gray hair.

The conversation, almost always collective and, when necessary, in intelligent whispers, runs through the city’s problems, reaching clients’ work, family and leisure plans, and ends with the exodus of those who do so well. cling to those who have known each other their whole lives.

But Letty and her barbershop are not the same.

five years that have passed Hurricane Maria Devastated to Puerto Rico and leaving the city in the center of the island and its residents cut off for nearly months, Leti’s priorities have changed.

“I learned that nothing was essential to me,” says Letty, who is 60 and has more than one reason for this change.

“I am here and I am working, thanks to my clients who have been with me all my life,” he says, acknowledging that, with the disasters and complications of the past five years, his first Confidence has been shaken. “Five years have passed, and it has left a mark” that will not be erased.

His interactions with his customers attest to this. It is to mention “Maria” in the barbershop and begins the tales of destruction and sequels that go on to this day.Of customers losing their homes or businesses, of workers who have spent five years trying to rediscover employment and economic stability, of a hairdresser in the center of the island, who does not hide his dissatisfaction because of what he has seen. What he has experienced and what he survived: a historic disaster, an unimaginable need and a recovery as slow as it is.

In this time, “what has changed is that now someone is more furious, because it makes someone angry. We’ve been yelling for five years,” says Letty as she cut off one of her classmates from the 1980s class. Dia, which everyone in Utuado knows as the “old ‘high'”. Samuel Morales and, with just one sentence, sentences the experience they have been describing for a long time: “We have learned to survive. From Maria till here, we have learned to survive.”

After the cyclone, Leti, who lived through the storm with a sister in the city, had to climb the mountain to get to her home in the Puente Blanco sector. Two hours there and two hours ago it was a daily walk. When Leti arrived at Puente Blanco, she took stock of the needs of her neighbors, helped where she could, and with all her might, grabbed a shovel and tried to dig a car into the canopy, trapped under the abandoned alluvium. There was a flood. from the river

This was her routine for days, but like many people with post-disaster memories, she didn’t remember exactly what time it was. He knows that in the first three months of the emergency and almost a year of existence in the mountains of Utuado, he lost 50 pounds, and never gained it back.

“Emotionally, I shut down,” admits Letty, and explains that the very specifics of the disaster, the blackout that lasted at Puente Blanco, she recalls, between nine and 10 months, deepened that depression. Gave. “I isolated myself, because I had to get home before it got dark.”

In the first weeks, the daily mission was to survive – “There was no food! There was no food!” He remembers with anger and sadness.-So, speaking of priorities, the barbershop again had to wait. Because, at Letty’s Barber Shop, you couldn’t work.

Letty has owned a barbershop for nearly 30 years, formerly owned by her uncle and which she shares today with her cousin – the business runs in the family – at the entrance of the town, at the confluence of the Grande de Arecibo. Next to and I lived. It is an ideal location for attracting customers, but not for flooding, such as after Hurricane Maria, which left Puerto Rico with up to 38 inches of rain and flooding, due to their severity, experts say in 100 years. classify in.

Letty’s barber shop was also among the many places in the country that were flooded at that time.

“A client looked at me at my house and said: ‘Lie, what are you going to do?”‘, says the barber, of the first push that made him muster up the courage, weeks after the storm, to look outside for you. First time for business. He knew that with this local, flooding, muddy and fungus, it would require a long time to repair. For this reason, he recovered one of his clipping machines from there and, along with a portable power generator, what he obtained, he began visiting customers at home. So he returned to his business.

Letty pay for several months of repairs with her savings, without government aid, for the barbershop to clean, disinfect, paint, and replace furniture damaged by flooding and moisture. Between February and March 2018, it was reopened with an electric generator, but he assured that, throughout that year, in Utuado, days to survive continued.

After a year of discovering normalcy in business, the January 2020 earthquake jams and government forced closures Epidemic of COVID-19 Two months later brought more volatility and change. In Utuado, aftershocks damaged several buildings, including one in the city center where Leti’s cousin, Fernando Afanador, had his own barbershop. He had to shut it down, and that’s how he got into his cousin’s business.Where today they keep each other’s company and talk between client and client, and even with an entire household.

These exchanges at the barbershop, with her cousins, with customers, with friends—even when they don’t match up with her—are essential in the life of Letty, who acknowledges that In the new post-disaster reality, he is one of the few who excites you constantly. “I’m passionate about it,” he says. And it’s clear that while listening to her, within the four walls of Letty’s barber shop, Carmen Leticia Martínez finds reasons to continue seeing Afanador on a daily basis.

“It’s the only place where I feel like I can be me,” he says.

rain of Hurricane Fiona He threatened to re-flow the Vivi and Grande de Arecibo rivers at their confluence at Utuado, but the flood did not occur, and the barbershop of Leti Martínez Afanador survived. At press time, Utuado, like much of the country, was still without power, and Letty’s barbershop had to reopen indefinitely due to a lack of essential services following a disaster.

Meloni has an enemy at home