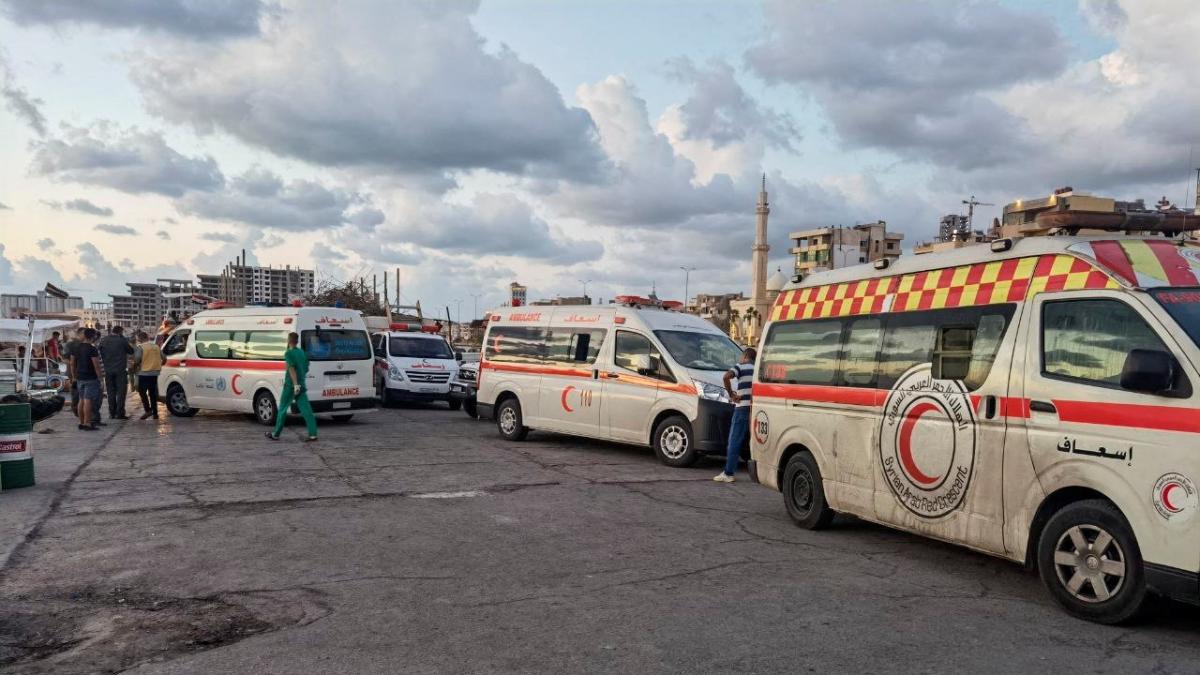 The last thing they wanted as they marched on Lebanon was to land them in an even more desperate Syria. For some of them, return. For the majority—at least seventy-three—the end of the voyage has already been saved by the Coast Guard of the port of Tartus.

The wreck of his boat that left anchor in northern Lebanon between Monday and Tuesday has focused attention on the multiplication of covert migration off the country’s coast bound for Cyprus, Greece or Italy.

The branch’s Syrian minister put the death toll at 73 and reported twenty-one rescued. The final death toll could be higher, as it is estimated that a total of 120 to 150 people were traveling. The ship, “Small and Wood”, had sailed from the Lebanese port of Miniyeh, north of Tripoli (Lebanon) and fifteen kilometers from the border. Lebanese police have arrested three smugglers from the city of Bebin.

The governor of Tartus province has specified that the shipwreck should have happened two days earlier, although the first bodies had not been found until yesterday afternoon. There is little hope of anyone being alive, though the search is on for the drowned people.

The 21 survivors, including eleven Syrians, six Lebanese and four Palestinians, have been taken by ambulance to Al Basel Hospital in Tartus. The port in that city is also home to a Russian naval base, for which Russian helicopters may have collaborated with Syrians in tracking operations.

A young Lebanese hospitalized has failed to attend the funeral in Acre of two sisters who died in a shipwreck that also left their mother and a brother missing.

Lebanon is the country that hosts the highest number of refugees per capita in the world, despite a steep decline in its economic status over the past three years. A British NGO with access to intelligence sources claims that some of the covert immigrants may be Syrians who previously sold all their assets to pay smugglers.

The increase in Greek surveillance and fencing has not eased further pressure on its land border with Turkey, but it is giving rise to alternative routes. Some are desperate and lasting for days, such as the one that separates Lebanon from Italy (even Cyprus is more than two hundred kilometers away). Others, unusual, such as the capture of a ship carrying 38 irregular migrants in the Black Sea off the coast of Bulgaria just yesterday.

In this case the boat, probably from Turkey, was stopped near the spa town of Shabla at midnight when strong waves threatened to capsize it. The passengers, whose first objective was to reach the Romanian coast, identified themselves to the Bulgarian authorities as Syrian and Afghan.

In another incident, on Wednesday, the Lebanese Navy said it had moved 55 people aboard a damaged ship in its territorial waters to the mainland. On the same Thursday, other Lebanese ships were seized near Malta – by the Italian Navy – and by the Turkish Navy, which took them to Izmir after the Greek Coast Guard rejected them near Crete.

The ship is already the worst of its kind in Lebanese history, where at least a dozen people drowned last April when a patrol boat discovered a precarious boat loaded with the flag off the heights of Tripoli.

The number of covert immigrants from the Lebanese coast has doubled between 2020 and 2021 and has experienced an additional 70% growth this year because of the country’s crisis. According to L’Orient-Le Jours, most attempts fail.

Between Monday and Tuesday, the Cypriot Navy found two SOSs in its waters, coming from two ships carrying 300 and 177. All were brought to this EU member state safe and sound, although not from the Schengen area.