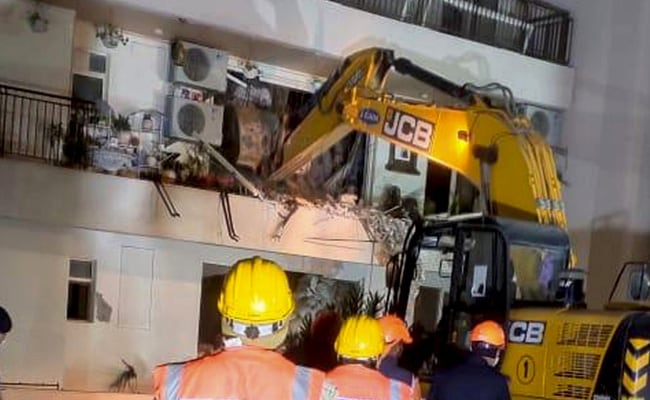 The dining room floor of Chintels Paradiso in Gurgaon collapsed on Thursday night.

Rescuers recovered the body of a woman from under the rubble of a residential skyscraper in Sector 109 of Gurgaon last night, more than 54 hours after the incident.

The body of Sunita Shrivastava, who was seen under the rubble on Friday, was pulled out at 11:30 pm on Saturday by the rescue team, a senior police official told PTI, adding that it was sent for autopsy.

The woman’s husband, identified as Indian Railways officer Arun Srivastava, was pulled from the rubble and taken to hospital on Saturday. Following the accident, Srivastava’s leg was trapped under debris and she was rescued 16 hours after the incident.

The housing complex’s management blamed the disaster on “negligence” during repairs for the “extremely unfortunate incident.”

The Gurugram district administration also instituted an investigation into the collapse.